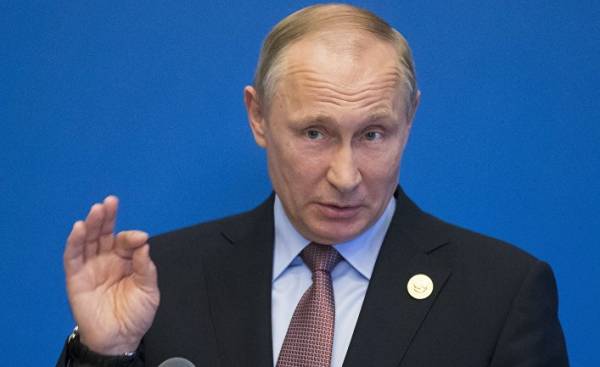 During his visit to France Russian President Vladimir Putin made a loud statement that the wife of Henry I, the daughter of Kyiv Prince Yaroslav the Wise Anna Yaroslavna was Russian. Why Russian propaganda is trying to distort history, to usurp the Ukrainian past and prove that Ukraine — is an artificial entity, “Apostrophe” said Chairman of the Ukrainian Institute of national memory Vladimir vyatrovich.

Attempts by Putin and Russian propaganda to usurp historical figures who had nothing to do with Russia, due to the fact that the property of many empires. The Russian Empire was built, starting with the appropriation of other people’s historical past — the history of Russia. The whole identity of the Russian Empire was the fact that she is supposedly the successor to the history of Russia.

Accordingly, now that Russia is trying to restore its Imperial status, the attack on the Ukrainian past, for the history of Kievan Rus is quite obvious. The purpose of these statements is to show that Russia as a state is ancient, and Ukraine has its own history that this is some temporary geopolitical entity that appeared as a result of the collapse of the Soviet Union in 1991. If you show that the Kiev Princess Anna Yaroslavna, it turns out, was a figure in Russian history, and Kiev is part of Russia and Russian history.

Of course, this is not accidental has been done in France — you need to show the ancient connection that existed between Russia and the European world. Although we understand that Russia — a country that is a long time isolated itself from any European influences.

In addition to Joseph Stalin on may 9 Russia has a much more interesting story, but the Imperial and chauvinistic Russia that Putin is building, which is supported by the citizens, needs exactly such a story. They need to show the image when Russia feared throughout the world. Writers, scientists for them — not a reason for pride, it is a sign of weakness. It is intelligentsia, which is considered to be artificial and weak to the Russians. If in 90-e years the Russians were the flagships of decommunization and the discovery of the truth about the Communist past, but now it is considered shameful phenomenon that you want to forget.

We are still very much to do, so the story became known. Unfortunately, words used in the translation of the name Rus’, often given to the identity with Russia, play against us. For many people, is a very complex confusion that the Rus does not equal Russia. That Russia tries to use it. Until recently, it was possible, but I am convinced that the more actively will the Ukraine in disseminating information about their own history, less successes of the Russian Federation.

We have a lot to do to engage citizens in the history of Ukraine. Obviously, to do interesting Ukrainian museums, which is too Soviet. The next step is to conduct information activities abroad, including in cities such as Paris. A few years ago was a very interesting exhibition of Ioann Pinzel in the Louvre is a good example of how to move, how to serve Ukrainian history, using the best examples of Ukrainian culture.