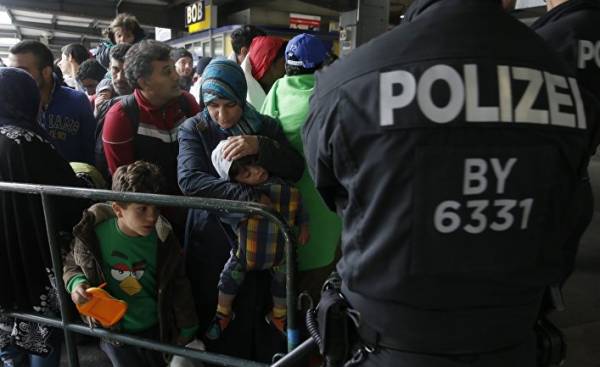 I have two cuddly friend. I love them and I’m worried about what this dark jungle deepened once friendly and joyful soul. The fact that now my friends are fighting against Islam. They bravely fight with him every day.

The first friend’s name is Marek, and he is the chief editor of the publication. He is fighting against Islam and the European Union on the pages of your journal, and then another in social networks Boudreau puts the “likes” under terrible records second friend, whose name is Zbynek. He has for many years been the head of the village administration. Zbynek is fighting against Islam and the European Union mainly on Facebook. He still fights with Angela Merkel. In his opinion, she, and not Vladimir Putin, who occupied part of the neighboring sovereign state, is a major source of clutter.

It’s been two years since then, I have learned that Marek and Zbynek live in a completely different world, not like mine.

In their world, first of all, arrive mass threat of migrants who are burning with hatred for our culture. And the European Union, according to Marek and Zbynek, forces us to accept refugees according to assigned quotas. Worst of all — Angela Merkel, that let millions of refugees in Germany. But for some mysterious reason, the Germans still elect Merkel, and common nonsense that thus the German people cure their chronic guilt complex for me, sounds lame. I’ve seen a lot more notorious people than the Germans.

My world is different.

First, I almost didn’t see any refugees, although nearly a year went to different countries of Europe. More precisely, I’ve seen them, but only on TV. In Germany, no crowds of refugees, I did not notice. But in Saxon Switzerland I saw a wolf.

I know that in particular places at the harsh living conditions many migrants, and I understand that in Europe came hundreds of thousands of refugees that affected the increase in the number of different offenses. But it is not born in me a hatred of the refugees. I understand that a small minority of Muslims are prone to violent crime, terrorism and fanaticism. But I have friends among Muslims who are horrified by these crimes — as well as we do.

My friend, a taxi driver from Tunisia is one of the nicest people I know, and he can’t find in Prague housing, because that is a Muslim. Almost every day I go to buy kebab in Lebanese shop and see a whole Muslim family for their daily work. It is friendly people who acquaint me with the Eastern flavors. For shopping they go to the local Turks who speak some funny Czech language. Opposite this shop is a Korean restaurant, and next — Thai, a little further — the English butcher. Everywhere the work of the representatives of these peoples, so that few metres of the earth one of Prague day by day is an interesting cultural exchange. This world I like.

How do I explain to my friends Marek and Zbynek that this is what in ancient times was spread not only goods but also ideas? How do I explain to them that in the middle Ages almost all the books of the Greek philosopher Aristotle, Europeans had to translate Arabic, because the original Greek originals were burned by Christian fanatics and Muslims saved these works?

I so hate the Islamists and I do not think that Europe can accept unlimited number of migrants. I’m not a proponent of multiculturalism and do not expect migrants with open arms. I want to keep a cool head and a rational view of the world. A lot of terrorist attacks in France, Britain and Germany me as appalling. But they don’t encourage me to support the idea of collective guilt. Each individual decent foreigner makes me happy, and I enjoy talking to him. I don’t think we should drive a stick in the hands of those who ask for our help. It’s basic cultural skill of civilized people. And, by the way, I want to say to Zbynek who goes to the Church that would have done and Jesus.

And, finally, the hated European Union. It annoys me no power the power that we supposedly something impose. I am concerned about the weakness of the EU and its toothless.

Of course, I don’t like the passion of the EU regulation. I am shocked when Brussels comes from any another Directive. I miss the good old days the good light bulbs and and did not believe that the waiver helped reduce the ozone hole. I’m not thrilled when some of the Brussels authority collects statistics about how many liters of water consume different Nations of Europe in the toilet, and trying to come up with a method to save these liters. I think, given the current threats that all this is absurd and immoral waste of time. However, this is not born in me the desire to dissolve the European Union. I’d like to high-ranking functionaries carried in it a clearer responsibility to the voters, to our polukommunisticheskoy foreign Minister Federica Mogherini was to win the election and that people do not think about the destruction of all European home, if they don’t like a politician.

I’d like to return the soul back to the EU, Robert Schuman, Alcide de Gasperi and Helmut Kohl. And I really want to see the European Union come to their senses and ceased to undermine the state of Israel, which is the bulwark of democracy and our civilization in the middle East.

The European Union is a good project and the direction it needs to seriously compete. After a possible collapse of the EU, our country never will be a “draw”. It is not in a vacuum. Czech Republic just go back to Russia. And Russia — a backward country with an authoritarian regime. With all due respect to the many noble Russian.

I understand that Putin’s propaganda is working at full speed, and that Marek and Mr. took the bait of Moscow. And they likely do not understand. In this story this fact to me seems the most sad.

The world, in the name of which is to live free, open, diverse and pluralistic. I really want a strong and democratic West stood on a solid Foundation of Christian-Jewish culture. With the European left, whose concept of the EU is different, you need to conduct an honest political struggle. However, these victims of over-regulation never left in my eyes does not become a pretext for the destruction of all that we as Europeans have achieved.

The Czech Republic is a European country and should stay such. In the East — Asia. There is a world that is terrifying. Islam to me does not threaten. Marek and Zbynek too.

Guys, our problem is actually in another.