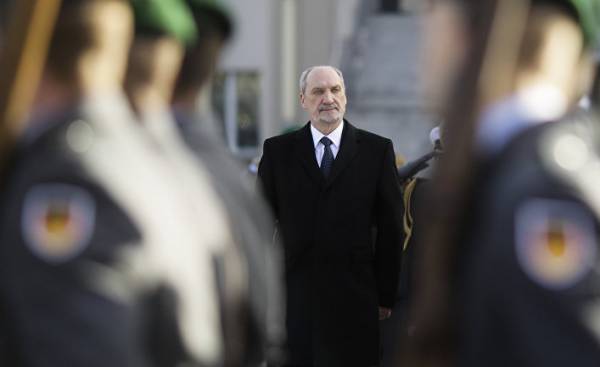 To mention the fact that in recent years we have underestimated the threat that could pose to the security of Poland conventional military conflict, Minister Anthony Macierewicz (Antoni Macierewicz) in many respects. We were convinced that the era of wars in Europe came to an end. However, the story is not over, and if so, efforts should be made to ensure that it is not repeated.

The first decade of the XXI century was the period of so-called expeditionary potential of the Polish army, which culminated in the creation of a relatively modest in numbers of professional armed forces (in theory, it was supposed to be 120,000 people, while in reality it did not reach 100 000). The goal was clear: we wanted to have a “presentable” army, which can effectively help the allies in the operations on distant fronts, because the experience of the beginning of the XXI century showed that Western countries today are fighting there.

However, the thesis about the end of history, namely the wars in Europe, denied Russia. If the war with Georgia was, from a European point of view, quite exotic event, the annexation of Ukrainian Crimea and further escalation of the conflict that engulfed the Donbass, unfolded under the noses of NATO. All of a sudden remembered that war is merely the continuation of policy. The goal of Russia Vladimir Putin seems clear: to turn the table, deal the cards anew, and to do so in the hands of Moscow was as many aces.

In this regard, Macierewicz rights, as evidenced, for example, a return to universal conscription in Sweden, the increase in the number of the Bundeswehr, as well as pressure from Washington, which urged NATO countries not to skimp on military budgets. In this context, the decision to create the troops of the territorial defence or the claimed increase in the numerical strength of our army seems a natural reaction to the changing geopolitical situation. “If you want peace, prepare for war” — Vegetius said. As we can see from the IV century, when he formulated this Council, little has changed.

The main goal of the army Macierewicz in the framework of the new Defence concept of the Republic of Poland, looks, however, too ambitious. The Minister believes that after 12 years, Poland will be able to defend their territory, and NATO membership will only serve to “strengthen and support” of this potential. What’s wrong ambitious plans? The fact that because of them we lose the sense of reality.

And it looks grossly. Poland is not yet possible to deal with the purchase of the helicopters: the Minister of defence promised to replace the rejected machinery Caracal to buy a Black Hawk, but as there was no and no. The vast number of ships of our fleet is only good in order to exhibit them in the Museum. We have no modern air defense assets and no prospects of getting nuclear weapons available to our potential enemy — Russia. In addition, there are serious imbalances (not in our favor) in the number of aircraft and armored forces.

It is not that we need to abandon the gap between the military capabilities of Poland and Russia, and that we should not give the misleading impression that, if the people will leg it, in 12 years the poles “catch up and overtake” in this area, its Eastern neighbor. This is a dangerous train of thought, which is reminiscent of the famous slogan “a strong, cohesive ready”, which appeared on the eve of the Second world war. And the false belief in its power begins a short way to underestimation of another tool with which to defend their borders — diplomacy.

Russia can afford to have two allies — the army and Navy. Poland in this plan will have to provide greater variety. The game military muscle produces, of course, the impression on the part of the electorate, whose ego is under such a military self-sufficiency, but too often deceive themselves, to believe that cheating is an objective reality. And in this area the loss of contact with reality can end extremely painful awakening.

“Training and drill, Germany, we are not afraid”, — he cheered himself during the Polish people’s Republic for our military. If only they had now begun to isolate themselves from reality thesis “to defeat the Russians will help a bold plan.” 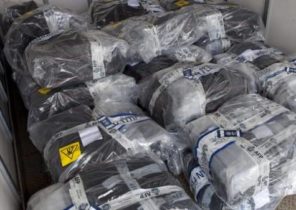 In Serbia, the police seized a ton of drugs