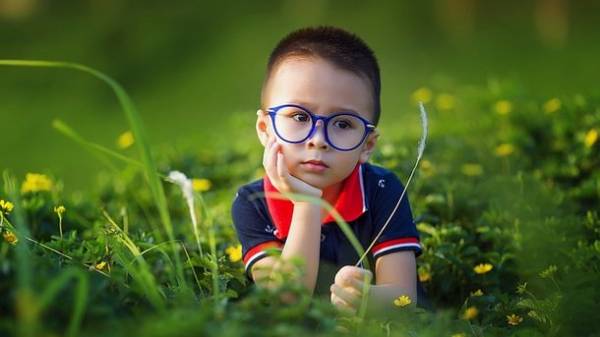 Parents cannot always protect their children from mistakes and especially not be able all his life to solve various problems that arise in their way.

Katie Westenberg, mother of four and blogger, gave some valuable tips on what parents should pay attention if they want to raise children who will not give in to difficulties, reports WoMo.com.ua.

Let them be wrong

“Our home and training base for children’s future. And for your future. Here the children receive unconditional love, no one should blame them for errors, because something does not work, here they can learn to endure bruised knees and trying again and again,” – says the mother of many children.

Let the children learn that their actions have consequences that you need to forgive, and if you fall stand up and try again and again.

“Recently, my daughter signed up for two-week courses in sailing is a new hobby for her. Although she was scared, but the first week it was successful: she managed to overcome her fears and by the weekend she’s already had fun in the water. And then again she was afraid and did not want to return to the course” – said Katie.

Fear is real, even if others think that there is nothing to fear. To downplay someone’s fear is useless. We need to teach children how to deal with fear — that’s the right strategy.

“Don’t hesitate to say what to do many things in life seriously. So you say: to learn to swim difficult to learn to ride a bike — it’s hard to keep the house in order — hard, math is hard. But this does not mean that we do not do. As my children grow, I often talk with them about the difficulties in life because they do not disappear anywhere,” advises Katie.

We’re talking about the work that adults go about what need to pay taxes and pay bills, that sometimes people are not being honest and kind to us. And the people around can also help. An honest conversation will prepare children to the idea that difficulties are part of life.

Contribute to the education of perseverance and perseverance must the whole family. Regularly take the children out of the comfort zone: learn how to apply to a stranger (the seller in shop, for example), how to apologize, how to help others. Many people, even adults, is not easy. So put children in such conditions deliberately introduce them in new contexts of communication, they should see how you do deal with it.

“House has learned to do hard things, too, should we, as parents, are doing a lot themselves because it’s faster and better, but something children can do: fold your clothes, washing dishes, sweeping the yard. Tasks should be age appropriate,” – said the mother of many children.

Some parents give kids money for doing work around the house. You could, but, according to blogger, you only need to pay for a job well done.

“Once my husband before leaving for work told me: “I spoke to Tyler about the responsibility and said that he should do his part around the house until I return. Please don’t remind him about it.” I was incredibly hard. Nine in the morning, orders are not fulfilled. Eleven morning — fail. I found it very difficult not to remind the son. Fortunately, I restrained myself, and he’s about the last moment before the arrival of the father did everything. But it turns out not always. And yet, to teach children to perform complex cases is necessary,” concluded Katie.

Russia blocked the statement of the security Council on DPRK media