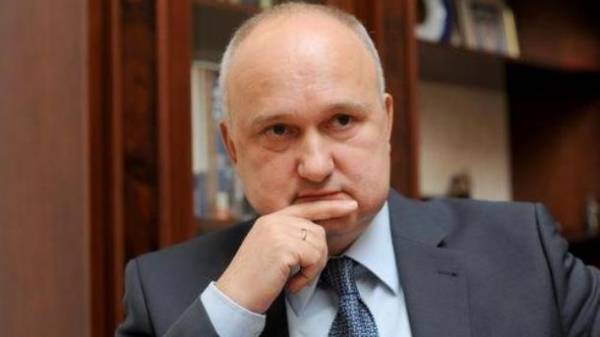 Terrorist attacks in Europe is beneficial to those who want to limit democratic freedoms and professes an authoritarian form of government. This opinion was expressed in comments on the ZIK TV channel the former head of the security Service of Ukraine Igor Smeshko, putting on Russia.

According to him, in the instability of the security situation in Europe Russia is interested in.

“Western countries after the cold war ended in 1991 was not prepared for the reaction of the East on the civilized world. Objectively I must say that the military campaign in Iraq and Afghanistan (U.S. campaign – ed.) began the destabilization of the situation, but Russia skillfully uses these circumstances. Of course, I can’t say that the attacks in Europe is Russia, but objectively it is beneficial. Europe is constantly late, and trying to fight to have consequences, not causes of terrorism,” – said Smeshko.

He also noted that Putin’s regime is afraid that the part of Ukraine to Russia will trickle down democracy.

“But even with 2014 I always repeat that the war in our country is not the conflict between Russia and Ukraine, and this conflict of two civilizations. To the border of the Russian Federation very difficult choice democracy, and is much alarmed the Kremlin leadership. Because of the authoritarian form of government is historic in this country. Therefore, if Ukraine will be built a functioning democracy and economic growth begins, it will become a threat to the regime (Putin – ed.). Therefore, Western countries together with Ukraine must now work together on a common strategy for the protection of democratic civilization on the borders of Ukraine, because it is here that the scrapping of two civilizations”, – said the former head of the SBU.

We will remind, recently in Manchester (England) there was a terrorist attack, where at the stadium during the concert bombings.