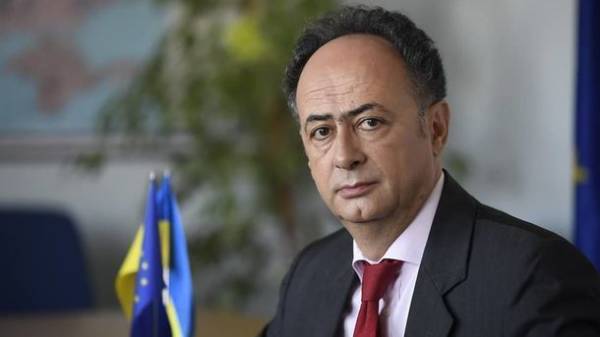 The European Union Ambassador to Ukraine Hugues Mingarelli hopes that the sanctions ban Russian Internet resources will not affect the freedom of expression in the country. He declared it in interview “Interfax-Ukraine”.

He noted that the EU is aware that the Ukrainian authorities have taken such step for the sake of anti Russian propaganda, which is part of the hybrid war against Ukraine.

At the same time, he stressed that such measures against Russian websites, including “Vkontakte” and “Classmates” must not affect the freedom of expression in Ukraine.