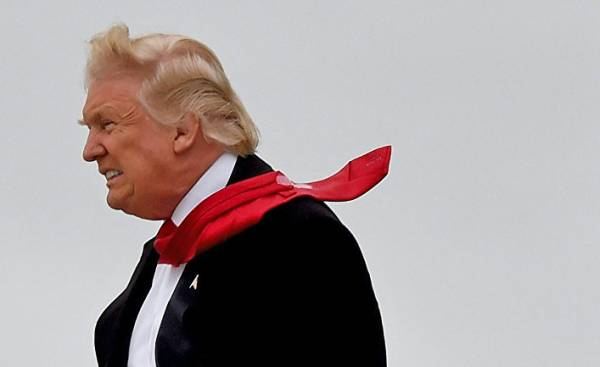 It has been more than 120 days after the inauguration of the trump. Still we cannot say that in comparison with the period of President Obama the world a better place. Of the 100-day program, which was adopted on the basis of the concept of “US first” was implemented, only the output of the TTP. The wall on the border with Mexico to stop illegal migration, not elevated. A presidential decree restricting entry from Islamic countries were also blocked by the Federal court in connection with allegations of violation of the Constitution.

In the diplomatic sphere there was a dramatic event. President trump stressed that the administration of al-Assad crossed the “red line” by using chemical weapons against its own people. In the midst of the American-Chinese summit talks, which took place on 6 April, the USA struck cruise missiles on Syrian bases of the air force.

This is not only illustrated the contrast to President Obama that under the same conditions did not go on a military operation in Syria in September 2013. North Korea, which refuses nuclear and missile developments, and China, which passively refers to the introduction anticrash sanctions, realized that Washington was prepared to use force.

Moreover, the East China sea, the U.S. sent aircraft carrier battle group, and then conducted joint military exercises with Japan and South Korea. After that, China became more attentive to the observance of anticrash sanctions based on resolutions of the UN Security Council.

Diplomatic and military command, consisting of the Secretary of state Tillerson, adviser to the President Herbert McMaster (Herbert McMaster), and Minister of defense James Mattis (James Mattis), based on the real situation and is based on the principle of “peace through strength.” Prime Minister Abe also showed his leadership, demonstrating the cohesion between Japan and the United States, as well as conducting dense advice during personal meetings and frequent telephone conversations.

We can say that we managed to avoid the risk of weakening the Japan-us Alliance that bothered before the inauguration of the trump.

However, trump is still trying to clarify its strategy and view of the world: how to create a world order of the XXI century? Perhaps that is why all diplomacy trump in General seems chaotic. Concerned about suspicions associated with the exchange of information with Russia.

Obama turned down the role of world policeman. After this, the United States conceded or compromised, despite the provocative actions of Russia, China, Iran and so on. How is he going to fix this situation? Allies and partners want as quickly as possible a single strategy.

During the election campaign, trump called China a country that engages in currency manipulation. However, he turned a blind eye in exchange for China to comply with sanctions against the DPRK. In addition, recently in the South China sea does not respect the principle of freedom of movement.

How to be with Russia, which is trying to get away from the Crimean sanctions? It is also unclear as to contain Iran and Russia, which strengthen its influence in the middle East, interfering in a civil war in Syria and the fight against “Islamic state” (banned in Russia — approx. ed.). 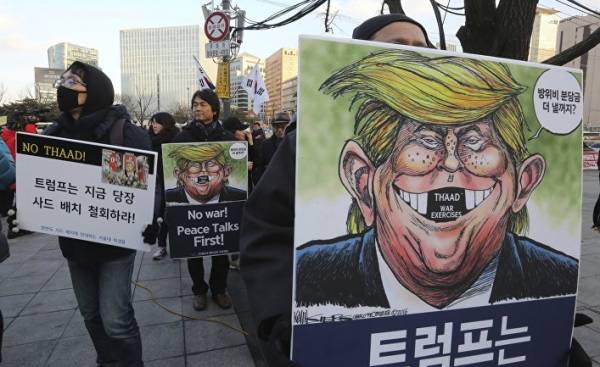 As the global economy, the United States proclaimed the principle of open and free trade, but recently under pressure of the administration of the trump of the joint statements of the G20 was removed the phrase about the need to confront the conservatism. While China in the past in Beijing international forum on “One belt, one road” glorified free trade. The result is the impression that China and the United States have swapped roles.

Many risks associated with the new South Korean government. This year, the DPRK conducted eight missile tests; it does not waive the ambitions associated with the development of Intercontinental ballistic missiles. China also is working on a plan to become the economic hegemon in Eurasia. It seeks to strengthen its position in the East and South China seas.

It is necessary that the administration of the tramp refused the cheap diplomacy of trade and began to deploy strategic diplomacy with the interests of the allies and the world.