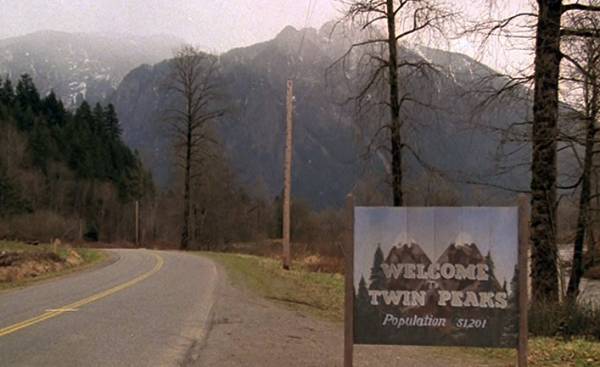 In a clear and clearly structured television landscape in the 1990 TV series “twin Peaks”, released in April of that year, produced the effect of a smoke bomb, mind-expanding. At the award ceremony Emmy and Golden Globe best TV-series was announced as “the Law of Los Angeles” (“L. A. Law”), “the Golden girls” (“Golden Girls”) and “Back in time” (“Zurück in die Vergangenheit”). The leaderboard was also the sitcom “the Merry company” (“Cheers”). In Germany, the audience is left a little behind: in addition to Dallas (“Dallas”) and of the spin-off “Under California sun” (“Unter der Sonne Kaliforniens”) had a little. “Private detective Magnum” (“Magnum”), “Miami Vice” (“Miami Vice”), was also “Inspector derrick” (“Derrick”) and “Man” (“Der Alte”).

The German audience had to wait September 1991 to see “twin Peaks”. Earlier in June, the U.S. is increasingly insane and esoteric second season was denied a continuation of television station ABC. As a result, Germany experienced televolution, immersion in surrealism and ominous violence television series with a long delay. TV broadcast station RTLplus even organized a hot line for those confused viewers, so frightening mystery out of the town by David Lynch, asks the question “Who killed Laura Palmer?”

Then people lived weekly intervals from episode to episode, for sure, I programmed the VCR to record when I could not watch the series on Friday at 21.15, which is probably often the case. Then there were Internet forums, there was Facebook and Twitter that after each series to read the summaries or discuss the episode as it usually is today.

More than a quarter century later, begins the third season of “twin Peaks”, this time in mediamira, rules and communication cycles which has changed fundamentally. Immeasurable, fantastic and bold narrative material has become commonplace in the program cable channels and streaming platforms.

After such series as “the x-files”, “lost”, “breaking bad”, “Hannibal”, “Legion” or the recent “American gods” and “the Wild West”, “twin Peaks” inevitably have more to offer than then: he needs a good plot puzzle, a unique style and absurd humour (“damn good coffee!”) and top actors. All what you have premium TV shows nowadays.

The Joker in this game is David Lynch, whose last film “Inland Empire” appeared on television 11 years ago. Who, if not he may be able to re-write a TV story? If all goes well, in the first episodes is nothing unclear (the series comes on Sunday nights on Sky On Demand). If the experiment Lynch fails, then until the 18th of the series we expect breaks, templates, and the viewer will remain at a complete loss that will surely break the Internet. If not, he will fail.

Violence and its consequences

Early violence was carried out in specially designated spaces, for example, during a fight in the saloon. During the robbery, which was to investigate the detective. In the home environment, but then also only for the initiation of the investigation. And aesthetically pleasing — or at least, definitely unnatural — violence and its consequences were not at all.

Lynch was done with it: concurrent clean (a charming town with tidy streets) and the mud (something that happens at night in the back rooms of twin peaks) he first introduced in his series of horizontally nightmare with drive and passion. And found imitators: today there are many TV series showing attracting violence, cute serial killers that accompany your murder music, aesthetically charming choreography of the fights between superheroes, Vikings and simple villains.

And there is the reality that is long in a hurry after a fantasy and it is likely for a long time overtook her: JonBenet Ramsey (JonBenét Ramsey) real beauty Queen was killed in 1996 at the age of six years — an event which is worse, Lynch is unlikely to be able to come up with. Time will tell what type estetizirovat of violence or perversion are still able to excite us hardened fans of the series.

Terribly beautifully lit shots of idyllic small town, strange house atmosphere of sex and danger, a crime story about a young blond girl; and after many twists and turns it becomes obvious that to blame an evil spirit named BOB. “Twin Peaks” is a masterpiece of sin and the history of television. The series marks a turning point in the direction of the manic sophisticated cinematography.

In other words, from the TV series “twin Peaks” began Africana conventional television. TV the Western world to David Lynch was a Bastion of common sense. Where teleclasses kept coming up was the strange deviations that could bring those who believe in progress to the audience the fear along with humor, for example, in “the boxtrolls,” or “I dream of Jeannie”, then the charm of freaks serve only to confirm the existence of a rationally ordered world, in which he rotated the viewer.

With the release of “twin Peaks” this statement has lost its relevance. David Lynch has released the Genie out of the bottle, which has ensured that from now on almost all modern television and streaming formats around every corner was beset with strange characters, aliens and zombies, and seemingly unambiguous heroes characters suddenly did absolutely crazy things.

Friedrich Nietzsche argued that Plato contributed to the “distortion world” that finally robs people of childlike faith in the power of God and taught them doubt. Thanks to “twin Peaks,” David Lynch had corrupted the world, depriving viewers of a postmodern childhood faith in the power of mind and gave her omnipresent metaphysical dementia. Spirits and freaks since everywhere.

During his long career, David Lynch is never forced. He didn’t have to shoot a TV series in 1990. Then more money was allocated for the movie and the TV series did not have the prestige that they received today. He directed “twin Peaks” because it was the right idea for the proper format.

In 1992, he was not obliged to make a film that tells the back story of “twin Peaks”. He didn’t have to develop your own type of coffee, open a private club in Paris, and register themselves on the transcendental meditation. No Director of his generation didn’t have a career, relying on his will more than Lynch.

In 2017, the business, of course, is a different story. For independent filmmakers it seems easier to get funding for a TV series than a movie. The result was a series of “easy” (“Easy”), “Love” (“Love”), “the Crisis in six scenes” (“Crisis in Six Scenes”) or “I love dick” (“I Love Dick”) that are perceived to be long movies divided into parts. Six, eight, ten episodes of 30 minutes, they can feel the tension, which requires this text.

Meanwhile, Lynch also refers to those Directors who, John waters (John Waters), renounced the production of films, because to get funding has become very difficult. In his words, “Inland Empire” will be his last film. Despite this it should not be assumed that the new season of “twin Peaks” he began to withdraw for economic reasons. The reason being the duration of episodes and the volume of season: 18 episodes of 60 minutes, it is not a substitute for a film that painstakingly divided into pieces and stretched. This is the same amount of work, that in order to master it in ‘ 71, you need to feel completely obligated.

So there is no reason to doubt that in 2017, Lynch was forced to remove not just a sequel, but found the right idea for the proper format. 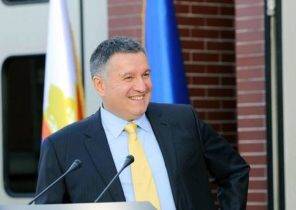