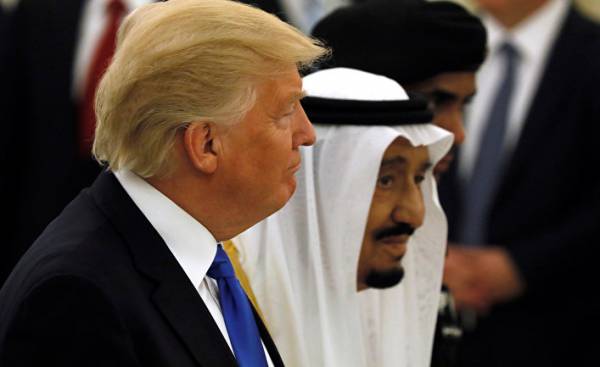 The President of the Kuwait center for strategic studies Dr. Sami al-Faraj believes that the upcoming meeting between the Saudi monarch and President Donald trump will focus on the resumption of strategic relations with the United States as a security guarantor in the region, as well as on the recognition of the dominant role of Saudi Arabia in the Arab world.

In an exclusive interview with Al Qabas Sami al-Faraj expressed the hope that the Gulf countries will cancel the last barriers separating our interests (hereafter the Arab — approx. lane) countries and the interests of Israel, taking into account that at the moment we, the Turks and Israelis have a common interest in countering the Iranian threat.

Dr. Sami al Faraj said that when Donald trump says about Islam and Muslims, he doesn’t mean the Gulf States, but any state that does not have a “cache”.

He also noted that the summit agreements will be signed about the purchase of weapons and support infrastructure of America in the amount of about $ 40 billion.

Dr. Sami al-Faraj predicted that Donald trump will become President before this happened. In his opinion, the arrival of trump to power plays in our favor. We have a strong hand in the economy, in particular, oil, strategic position and financial opportunities through which we can invest. While in the course of its campaign on television and in official meetings or conferences Donald trump has repeatedly addressed the problem of restoring the infrastructure of the United States.

Screams before the war

Attacks on Islam or the so-called “screams before the war” aim to unite people around a specific opponent. Everyone is talking about fear of Muslims after the end of the panic in regard to Russian. Despite the fact that violations of computer security are made by Russians or Koreans, we see that Americans love “intimidation”. These mechanisms, known since the days of President Wilson, continued to be used until the arrival of previous US President Obama, where priority was given to the domestic agenda.

Al-Faraj has mentioned a deal by Saudi Arabia and Obama 2010. It was assumed creating 67 thousand jobs, thus there was a shift of attention to a domestic agenda. While the current President of the trump also has a domestic agenda, but it is becoming reality through the creation of new jobs in countries with high economic potential — Japan, South Korea, Gulf countries and Western Europe, and the United Kingdom and New Zealand.

Al-Faraj noticed that when talking about Islam and Muslims, trump has in mind specifically the Gulf countries, but all countries that are not “cache”, to put it more precisely, a lot of money. Trump wants to see the country, with the opportunity to invest, and everyone knows about his experience in the real estate sector in the Gulf countries and its links with, for example, Sheikh Mohammed bin Zayed and Sheikh Mohammed bin Rashid, who are his colleagues. During the upcoming visit will be announced about investments in the infrastructure of America, the size of which is estimated at some $ 40 billion. As for other Arab countries such as Jordan, Egypt and Morocco, they are our allies, and we have military commitments in the sphere of arms.

Al-Faraj pointed out that during the meeting also discussed the purchase of weapons, which tell us that President trump will demand that oil-producing countries of the Persian Gulf. We need external ballast that we lost in the era of President Obama.

After the appearance of a trump presidency in cooperation between the U.S. and Russia, much has changed, in particular, on the level of military presence. Trump sent troops directly to South Korea after the deployment of Russian troops to the Russian-Korean border. Putin said that military forces are only present on the border and no more. Former Iranian President Mahmoud Ahmadinejad said about Bush’s “this crazy like us.” We see that the style should trump irrational player who throws the peace process.

Sami al-Faraj believes that every day we see how trump is distracting the American press events, doing a lot of things deliberately. For example, a recent history of disclosure of state secrets allegedly committed by Russia. The fact that it was done intentionally, comes to mind, because he is a businessman and smarter policy, and because there is no dealer announcing the source, whatever the circumstances. This is what explains his work to divert the media.

The purpose of the visit

With regard to the expected benefit from meeting with trump and Saudi Arabia, al-Faraj, confirmed the importance of striving to return Americans to the camp, regardless of the circumstances, and to support Saudi Arabia as the main regional power, not Egypt, Syria or Iraq, as some believe, because all these States have lost this role. 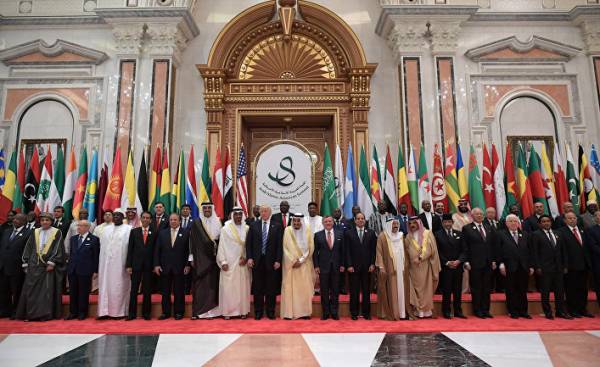 He added that Egypt would be difficult to reconcile with Saudi Arabia, if not for the emergence of trump as President. Egypt is always looking for a strong ally, especially after the abandonment of Barack Obama. That is why Egypt entered into an Alliance with Russia and voted with it in the Security Council. The Egyptian policy is not aimed at the Gulf countries, and we must understand it.

About the economic situation in the region al-Faraj believes that Saudi Arabia should focus on distant countries, including Japan and South Korea, which are considered fertile ground for the economy if we are touched by some kind of crisis.

Speaking about the role of countries SAPSA in regard to the Palestinian question and American interest in it, al-Faraj believes that it is impossible for Israel to make concessions to the Palestinians during the confrontation between Washington and Tehran on the nuclear issue. Tel Aviv will not receive the support of the United States, given the growing relationship between Hamas and the Iranian regime, which increases the fears of Americans and reduces their interest in the Palestinian cause.

The Gulf and Israel

According to experts, during the next summit trump talks about the cancellation of the terms that divide the interests of our countries and the interests of Israel, taking into account that at the moment we, the Turks and Israelis have a common interest in countering the Iranian threat.

Al-Faraj added that in Kuwait, for example, we have obligations with NATO, the countries of the Gulf are required to save and help the Israeli pilots if their plane crashed in the waters of the Persian Gulf and to accept them.

Al-Faraj stressed that the aim of the upcoming summit in Riyadh to reiterate the strategic relationship with America as the guarantor of our security in the region.

New here is the recognition of the Central role of Saudi Arabia in the region.

We need to fulfil their role in future wars, and to explain to the American people that their sons are not fighting in our name in Iraq or in Afghanistan.