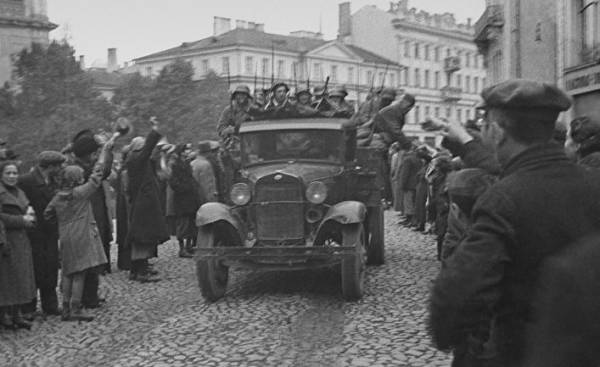 How many places of burial of Soviet soldiers during the Second world war in Lithuania, as they came, and why in recent years their number is growing? This was recently said associate Professor of history of Vilnius University Salvius, Clavicus and lecturer Norbertas Cerniauskas.

May 9, victory Day, which is celebrated in Russia at the Vilnius Antakalnis cemetery gathered a lot of people — the former Soviet military in uniform and with medals on his chest, their loved ones with flowers and ribbons of St. George. On the eve of the Russian Ambassador Alexander Udaltsov together with Lithuanian politicians and ambassadors of other countries participated in a more modest triumph, and laid flowers at some of the memorials in the memory of the fallen Soviet soldiers.

The surprise was the fact that Udaltsov laid a wreath on the graves of the victims of January 13 at the monument who died for the Freedom of Lithuania. This monument was built in 2015 and is dedicated to all who died during the guerrilla war, in exile, prisons, in memory of those, whose place of burial is unknown. “We were surprised, we did not expect, it seems, is the first such case,” — said adviser to the Prime Minister arnoldus Pictires.

However, little hope that Russia is ready for an objective view of history, soon disappeared. First, notice that the incumbent carnations tied with St. George’s ribbon that Lithuania is regarded as a provocation. In addition, on 12 may, the Embassy sent a reply to a question Delfi, what does this act of the Ambassador, if Russia recognizes the fact of the anti-Soviet war in Lithuania in 1944-1953. “We believe that the Lithuanian army fought against the Soviet Union, on the contrary, during the second world war on different fronts against the German occupiers fought 150 thousand Lithuanians, of which 108 thousand joined the ranks of the red army after the liberation of Lithuania in 1944. Laying flowers at the monument in memory of these people, the Embassy of Russia has remembered about these people”, — is told in the answer of the Embassy.

The Embassy also pointed out that Lithuania and Russia have different views on the bloody events of 13 January 1991 in Vilnius. The answer of Russia is not surprising. In Soviet mythology important the myth of gratitude to the USSR for liberation, for winning the war, unpayable debt. And about this “debt” is not forgotten, Russia continues actions begun after the war: the burial place of soldiers, memorials, etc. dotted all the “liberated” territories. No exception and Lithuania.

The monograph of Clavicus,Cernauskas and 5 the authors of the “Warriors. Concrete. Myth: places of burial of Soviet soldiers during WWII in Lithuania” pay attention to the fact that for the last 17 years have seen the following phenomenon: since 2000, for the money Russia is not only modernizing, but also expand the place of burial that would set out to find thousands of burial places of the Soviet military in Lithuania.

Clavicus noticed that out of 167 such places in Lithuania were 160, they have the status of cultural heritage. That means that theoretically looks after them Lithuania. But, according to historians, these places are closely associated with the Russian ideology. “Cemeteries and places of burial — the Soviet legacy. They were formed as objects of propaganda and memorial sites to spread the ideology of WWII. After disintegration of the USSR the ratio of these graves has changed, and we in Lithuania attitude towards WWII is more remote,” he recalled, Kulewicz, noting that Russia 2000 these places pays especially close attention.

According to him, Lithuania is buried about 80 of 600 thousand Soviet soldiers. However, public organizations, existing on money of Russia and engaged in the renovation and care of this heritage, in recent times talking about the increasing number of victims. “They say the victims were two times more”, — said the historian, Recalling that in 2009 it was said that in Lithuania it is necessary to find the graves of 137 thousand 200 military. Since then, over the mass graves increased the number of names.

In addition, the above-mentioned organizations have counted no 160, 213 and places of burial. “They became 22% more. The question is, if they were so important in Soviet times, where now there are new? It is suspicious — not concealed, Kulewicz, noting that not all burials were included in the heritage list: the tomb of a soldier becomes a memorial”.

Historians in the course of the investigation found that the places of burial of soldiers called the battlefield, where dead bodies are actually not. In addition, the suspicious and the places where they buried the Soviet military after the war. Chernyauskas believes that the increase in the number of victims is not accidental — we want to show that the USSR had made many efforts, how many victims for the sake of “the liberation of Lithuania” from the Germans. Burial sites are considered as Islands that support the myth of the soldiers of the liberators, not the new invaders, evaluate them in Lithuania.

“One of the main problems with places of burial is that they do not need to honor the memory of the victims and as a political weapon,” he said Clavicus, Recalling the history with the Bronze soldier in Estonia (2007). Places of burial, according to Clavicus can be programmed problem. Because in Soviet times many of these facilities were located in strategic places on the Central squares of cities and settlements. According to the author of the study, 50% of the burial sites are located in cities, 38% — in small towns, and only 11% in villages and one in the forest. Kulewicz, admitted that one thing will denote the problem and another to solve it, because the place of burial of victims of the conflict are protected by the Geneva Convention.

“If we eliminate from heritage, you will not be able to control them. Now can at least apply certain legal restrictions. To create a new system we can’t because we have no Agency which is competent would say how many people were buried, where is the forgery and where is the truth — we need researchers, archival information, which is located outside Lithuania, if indeed it is”, — said the historian. Clavicus noticed that the mayor’s office who are responsible for the memorials and mass graves are very happy when there are organizations taking these costs themselves. “They are happy and do not think about the ideological underpinnings. It is important to education because such places can become a Trojan horse for the spread of ideology and anti-state policy, you need to think about the consequences,” he said. 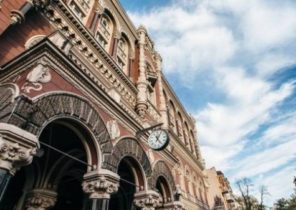