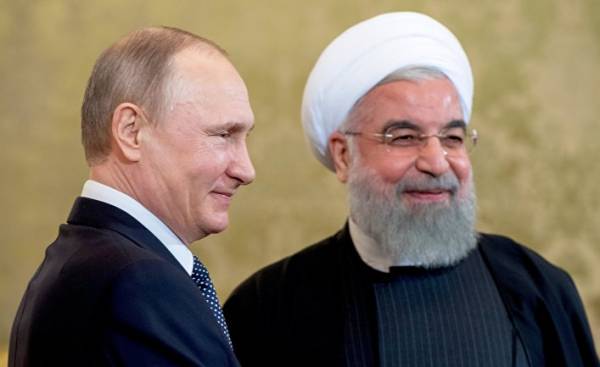 After my speech I began to pursue an Iranian businessman, muttering something about Vladimir Putin, Tatarstan and about the presidential elections in Iran, which will take place on Friday. “Please, take a look at how Putin interfere in these elections,” he insisted.

It was a few weeks ago, I appeared before the Iranian and British businessmen on the subject of American policy and Iran and prospects for nuclear deal under which the Islamic Republic of Iran was forced to dismantle its program in exchange for easing of sanctions. Chatter this businessman was similar to paranoia. But it whetted my curiosity, forcing me to seek an explanation.

It turned out that Russian track surfaced in April during a visit to Tehran of the President of Tatarstan. Rustam Minnikhanov, who sometimes acts as the envoy of Putin, met with some officials, including, with Ibrahim Raisi (Ebrahim Raisi). This high-ranking clergyman, a presidential candidate and a supporter of a hard line, hoping to deprive respected in the international arena of centrist Hassan Rouhani second term. It seems that this meeting was enough to stick on a label Raisi Russian agent and generate rumors about Moscow’s intervention in the electoral process. Social media users jokingly altered the name of the candidate, and it sounded quite Russian: Reusii.

Now the excitement of an Iranian businessman became clear to me. However, from a political point of view, it makes no sense and has no grounds. Yes, Russia has learned how to skillfully intervene in elections in other countries. But Iran is an exception. First, the Iranian elections don’t cost Putin’s attention. The President in Iran is an influential but not the most important. All the key decisions it takes Supreme leader Ali Khamenei, who will be substituted only after his death. Successor Khamenei will choose a Council of religious experts, and is on the Board of the outsiders have no influence, especially Russian.

Iran and Russia cooperate at times, but they have a complicated history of relations. The Iranians trust a Russian, even less than his American enemies. First of all, they hate all those who dare to interfere in their Affairs, though they often carry out the intervention in the politics of neighboring countries, strongly justifies their actions.

Secondly, this election has been the rare case where the interests of Russia and Western countries coincided. Rouhani was the architect of the nuclear agreement, which Iran in 2015 signed with the world powers, including the US and Russia. And although we consider Russia a constant then for international peace, the greatest threat to the prospects of this agreement creates not Moscow and Washington.

During the election campaign, Donald trump, claiming that he skillfully knows how to make deals, were strongly against the agreement, calling it one of the worst in history. The administration of the tramp can’t find fault with Tehran in full compliance with the terms of the transaction, however, it is reviewing its policy toward Iran, wanting to make her more energetic. In fact, the greatest danger to nuclear agreement is that the United States can impose on Iran the crushing burden of sanctions, unrelated to this transaction, and Tehran will eventually strike back, refusing to comply with the terms of the contract.

Third, Rouhani’s like a very good relationship with Russia. In March he was honored in Moscow, where he met with Putin, signed a series of agreements and received an honorary degree from Moscow state University.

Yes, Russia and Iran have some problems in Syria, where they are both allies and rivals. Thanks to their support, survived the regime of Bashar al-Assad. But Russia hopes that eventually she will be able to negotiate with the United States, and it is ready at any moment to think about the departure of Assad. Iran Assad closer, and this country wants funded Shiite militias remained in Syria.

However, if the immediate political interest of Russia is the preservation of the nuclear deal and the management of the Syrian war, the current regime in Tehran is quite happy with it. Important decisions on Iranian politics, whether it’s Syria, the United States or the nuclear deal, will remain the prerogative of the Supreme leader. The President can only strengthen or temper the aspirations of the Iranian leader. Rouhani prefers moderation, Raisi, may prove the most warlike instincts Khamenei.

Therefore, if Russia wants to interfere in the elections, it will seek to support Rouhani and save the nuclear deal. 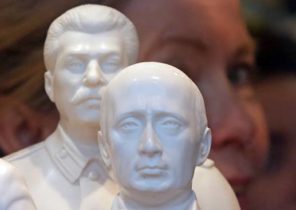