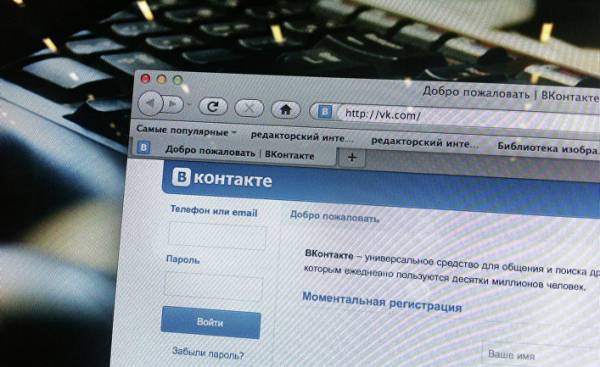 The decision of the national security Council on sanctions against Russian social networks and IT companies has caused mixed reviews not only in Ukraine but also in the West.

In Europe know about the decision to become unconditional “the number one topic” for discussion in Ukraine, but comment on it rather reluctantly. For example, the EU stated that Ukraine would expect from a more detailed explanation, and until then will be silent.

But even those few comments that have appeared in recent days, enough to say: opinions are divided.

The Secretary General of the Council of Europe thorbjørn Jagland stated that he is concerned by Kiev’s decision, and noted that the prohibition of access to sites, in his opinion, is not consistent with the threat that they carry.

“Blocking social networking, search engines, email services and news websites is contrary to our common understanding of freedom of expression and freedom of mass media”, — said in a statement Jagland. “Furthermore, such broad prohibitions do not meet the principle of proportionality (the correspondence between the violation and punishment),” he added.

Exactly the same opinion of the human rights organization.

“Poroshenko needs to urgently reverse the decision to ban,” reads the HRW statement. “This is an illegal attack on freedom of speech and freedom of information” — according to “reporters without borders”.

Diametrically opposite position came from Brussels, headquarters of NATO.

They do not believe that we now have reason to accuse Ukraine of violation of democratic principles.

“The Ukrainian government has made clear that this decree is a safety issue, not freedom of speech,” — said in comments that sent “EuroPride” from the headquarters of the Alliance.

Yes, the Alliance has not undertaken to say that the decision has no flaws, shifting the responsibility on the Ukrainian government, but at the same time stressed that he had no reason to doubt that Kiev is right.

By the way, the observance of democratic freedoms to NATO is not “alien” topic — on the contrary, the Alliance obliges Ukraine to abide by them. But in this case sees no violations. “We believe Ukraine’s commitment to its international obligations and that the country has a system of checks and balances,” reads the statement of the Alliance.

Reaction to news of Ukraine in foreign media is fully similar to the reaction of officials.

Ukrainian decision noticed most of the key world media. However, the media mostly only “took note” of this fact and, at best, limited to the information reported about it, without insights and Analytics. So did, for example, Le Figaro, The Washington Post or the Chinese “Xinhua”.

A certain amount of media received, as the British BBC or the “Deutsche Welle” said that the decision of the Ukrainian President is controversial and difficult to implement (DW) or caused a negative response and accusations against the government (BBC), but did not quote the most hard moments.

Finally, the third group — media, articles on which the decision Poroshenko have obvious negative tone. Even if this tone is fed through the quotes of the interviewed people.

And it’s a pretty powerful media.

“Stupid and irrational” and “quite expensive” calls the Ukrainian sanctions decision in the subheadings of the article to the French newspaper Le Monde. “If we are talking about the spread of fake news (Internet users) say that they also apply to Facebook, as in “Vkontakte”, — says the publication. The publication also quotes from Ukraine: “We are becoming more like Russia, only without oil”.

The Swiss Le Temps in quoting resorted to a more rigid feature. “I fell asleep in Ukraine, where it was recently abolished visa regime with the EU, and woke up in North Korea”, — quotes the journalist of the words of the Ukrainian ladies.

I can’t say whether or not the decision Poroshenko further publicity in the Western media and, therefore, whether sound claim to the official Kiev from Western politicians.

Accolades in connection with the information war against Russia, the Ukrainian government probably will not wait. NATO remains the only organization that decided on the positive; communication with Western journalists “European truth” heard primarily criticism.

But the protests seem to be expected.

In the West, seem to have realized that the Ukrainian reality during the conflict with Russia does not always correspond to familiar patterns, so the first conclusions can be erroneous. And the business side of sanction decisions (in particular, ban the sale of licenses for 1C) or changes in the Internet market because of the ban of “Yandex” in the West, nobody even noticed.

So now we can say: given the ambiguity of the decision Poroshenko and despite his tough criticism of the institutions responsible for human rights, in the first “information round” the Bank is not exactly lost. And perhaps even came out of it a winner.