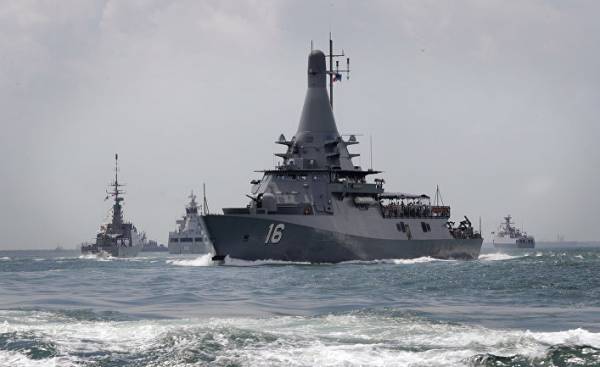 The countries of South-East Asia have begun to actively strengthen the power of the Navy. May 16, Singapore signed a contract with Germany for the supply of two submarines. Thailand will also acquire Chinese submarines. Philippines put into service by the Japanese patrol ships. Given the expansion of China in the South China sea and its contradictions with the USA for the countries of South-East Asia it was time to upgrade their weapons.

The Ministry of defence of Singapore on 16 may signed a contract with the German company for the purchase of two submarines. The decision to purchase two submarines was made in 2013. The Navy is gradually replacing the old fleet, and modernizing equipment. In connection with the expansion of Maritime trade increased the number of ships passing through the Malacca Straits. The aim is to ensure the safety of sea routes.

May 15 Singapore Navy held the first international naval parade. During the ceremony the President of Singapore Tony tan Keng Yam commended the outcome of the development of the Navy: “50 years ago, when the Navy was just formed, we only had two wooden ship, and now we have the latest equipment: guard ships, submarines and so forth.”

Recently, the military of Thailand has signed a contract with China for the purchase of one non-nuclear submarine worth 13.5 billion baht. All will be purchased three submarines. The government decided to enter into a contract contrary to public opinion, stressing the need for strengthening the Maritime security system by adopting submarines.

Initially in South-East Asia, the leading role played by ground forces, who defended the government from the opposition. However, in recent years, increased volumes of Maritime trade, and intensified the struggle for the South China sea. As a result, these countries shifted the focus towards strengthening Maritime security.

Earlier this month the Philippine coast guard has sent to the Benham plateau, is located 250 kilometers East of Luzon, where Manila is located, patrol ships bought in Japan. According to authorities, last year, Chinese ships conduct illegal exploration. By 2018, Japan will put a total of ten patrol ships of which length is 40 meters. Until it was transferred to three ships. There are also plans to purchase two large Japanese patrol ship whose length is 90 meters.

Vietnam has purchased in Russia six submarines of class “Kilo”. In January of this year, the sixth submarine was stationed in the southern base in Cam Ranh Bay. In 2016, the United States lifted the embargo on arms exports to Vietnam, which was introduced after the Vietnam war. Chances are that in the near future, Vietnam will start to buy American arms.

To contain China, in March, Taiwan has also launched a plant for the production of its own submarines.