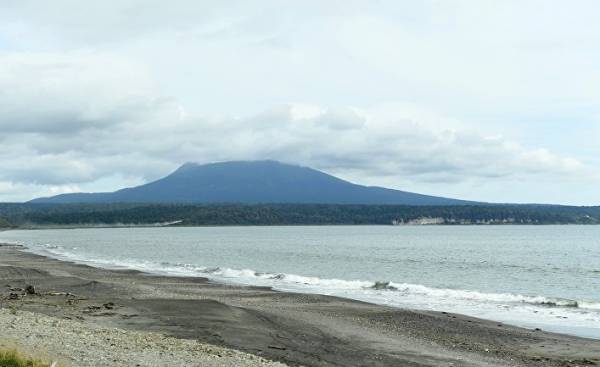 Over the past 12 months, Russian President Vladimir Putin took time off for three personal meetings with the Prime Minister of Japan Shinzo Abe, in addition to numerous contacts on the sidelines of various international forums and other meetings at high level. The last time the two leaders met two weeks ago in Moscow. At the end of the meeting they agreed to continue the dialogue and to the end of the year to meet at least twice.

Such frequent summits should come as no surprise. As against Russian sanctions, and it is located in relative isolation in the international arena, these meetings represent a certain anomaly. In public, Abe and Putin have a very warm relationship, which look better than the attitude of the Russian President with any other leader of the “Big seven”.

Putin such regular meetings with his Japanese counterpart brings both symbolic and practical benefits.

Speaking of symbolism, the friendship of Putin and Abe shows that not all countries of the so-called “Western camp” avoiding Russia. Warm relations between the two leaders sow divisions between Western allies, and even give rise to a fatal rift between them. And who knows what awaits us in the future? After all, if one influential country of the so-called “Western Alliance” deals with the Kremlin, and others can in any moment to think about how to join this conversation.

In more pragmatic terms the reversal strategy of the Kremlin in the East after annexing Crimea currently is based on the cooperation with China, and Putin wants to diversify its options in the region in the event if relations with Beijing will go wrong. Yet all the evidence suggests that his trial attempt bears fruit. Moscow for many years trying to persuade Japan to invest in Russia. Unless you count a joint project to construct a liquefied natural gas terminal on Sakhalin island, all of these entreaties almost no to no avail.

Held in December last year in his hometown of Nagato Abe meeting with Putin brought a huge change. Suddenly, Japanese companies wanted to invest their capital in the country, which reduced consumer demand, and where there is little chance to achieve significant growth. Mitsui Group, which was recognized by the Japanese pioneer in the Russian market, announced the purchase of 10% stake in the Russian company “R-Pharm” for the astounding sum of 200 million dollars. And the Sojitz Corporation, with the support of the Japanese government investment Fund has shown interest in the modernization and management of regional airport, bordering China to the city of Khabarovsk in the Russian far East, with a population of 600 thousand people. In addition, a group of prominent Japanese architects and urban planners, supported by a team of Japanese investors, announced its intention to transform 500 kilometers away from Moscow regional center of Voronezh in a pleasant, modern and comfortable for living city.

The purpose of the Abe is still to settle the territorial dispute with Russia over the Kuril Islands, which is a sore point for Tokyo. In 2010, when former President Dmitry Medvedev visited the Kuril Islands, the Japanese condemned the staged trip, calling it “unprecedented insult”. Two years have passed, and they called the second visit of Medvedev to the Islands of “cold shower”. In his third presidential term, Putin gave a signal of possible change.

Russian official media insist that Putin during the talks in Nagato did not consent to any concessions. However, in the eve of the summit the Russian President several times hinted at the way in which we can come to agreement on this topic. Giving in September Bloomberg interview, Putin said that Russia does not sell territories. But then he mentioned made a great effort to “compromise” with China, in which “part of the territory [some disputed Islands on the Amur river] was on a regular basis in Russia, and some from people’s Republic of China”. It is important to remember that the majority of Russians regard this as a territorial concession to the powerful neighbor. But elegant formulation Putin made it more digestible. Then, giving in December, an interview with Nippon TV and Yomiuri Shimbun, Putin reiterated his willingness to find a solution to the problem of a peace Treaty based on the Declaration of 1956, which provides for the transfer to Japan of two of the four Kuril Islands.

It is important to accurately imagine what is happening, but apparently, we witnessed a delicately staged performance. It’s like a simulation of the struggle between the two countries for its own national interests, but actually, the dispute over the Kuril Islands could find their resolution. Demonstrated today by the Japanese willingness to invest in got to a stagnation strip Russia is a very telling indicator.

The key to understanding this dynamic is coming in 2018, the reelection of Vladimir Putin as President of Russia. While Putin will not win a fourth term, about the final agreement to declare not to be, as this can cause unwanted results and affect the carefully staged elections. On the other hand, starting this year, the Kabuki is good for the Russian President. The more investment coming into the Russian economy, the more prominent of Putin’s achievements in settling years of dispute with an important neighbor.

But rest assured: as soon as March 18 of next year will close the polls, begin is reached. If the elections will lead to the expected result, the Kremlin analysts and political experts without delay explain to the Russians why a distant cliff in the cold sea it is necessary to give Japan. 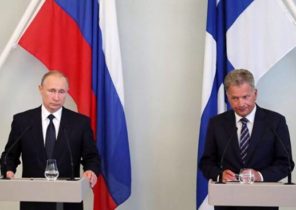 Putin has not congratulated Finland with the centenary of independence