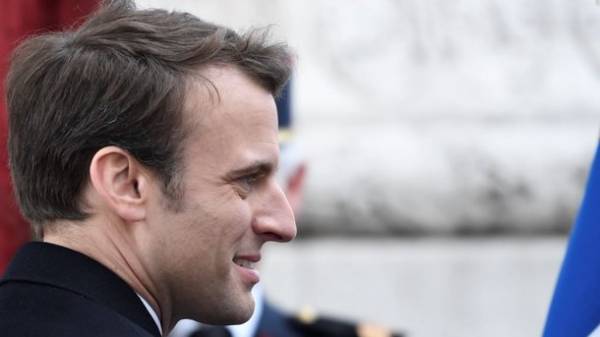 Today France officially will have a new President on may 14, assigned to the inauguration of Emmanuel Macron. In the second round of the presidential elections, he snatched victory from the Pro-Russian far-right marine Le Pen. The Macron voted 66.1% of French. Protocol, today he arrives at the Elysee Palace to meet with his predecessor Francois Hollande, pulled him to the door, and go to the tomb of the Unknown soldier, and then to the city hall of Paris. According to the forecasts of politicians and experts, tonight macron will present their Prime Minister. According to rumors that have leaked in the French press, the new head of the Cabinet can be a “Republican” mayor of Le Havre Edouard Philippe. Although previously, the French media claimed that the Prime Minister will “a Republican” Francois Baroin, or even a former Minister of ecology ségolène Royal.

However, the formation of a government is not the most important test for the Macron in the first months of his presidency. In mid-June in France and will have parliamentary elections. Emmanuel macron has renamed their movement “Forward!” to the party “Republic forward” and made 428 of 577 candidates to the National Assembly. Almost all of them come from civil society, the new individuals who have never been MPs. The newly formed party of Makron even refused the former Prime Minister Emmanuel Waltz to run their political forces in the parliamentary elections. But this does not mean that they will easily take the majority. According to recent opinion polls, on the heels of a new political force of the Makron comes the party of marine Le Pen “National Assembly”. Besides, all the chances to take a significant number of seats in the French Parliament from the party of the radical left Jean-Luc Mélenchon. So the interaction of the newly elected Emmanuel macron, the new Parliament promises to be quite difficult.

About situation in French politics, first steps of Macron as President, the chances of his party to victory in parliamentary elections and the confrontation with Le Pen’s “Today” spoke with the President of the French Center for the study of political action (CERAP) Nicolas Tenteram. 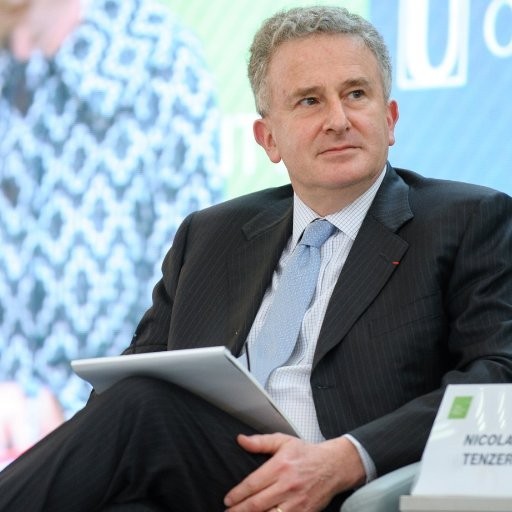 – Opponents of the Macron say that he will seek the “blessings” of Angela Merkel and will make his first official visit as President in Berlin. I think it will depend on Germany?

– In any case. The German-French couple – the engine of Europe. Of course, we need the discussion between the two countries on European issues – defence and security, economic governance of the Eurozone; and international – the war of Russia against Ukraine, Syria, middle East in General and the future of NATO, new relations with the USA, China, etc., In principle, on major issues, France and Germany follow the same line, as it should be. We also have to remember that Sarkozy and Hollande, as President, made his first visit to the German Chancellor.

– In our previous interview, I asked whether you understand the French, that Le Pen “agent” of the Kremlin. Has something changed? Or the French are still fixated on domestic issues?

– I think that many people realise this, even if most people underestimate this question. And, of course, as in any other country, except countries that are in a state of war, internal issues play a big role for citizens.

– Before the second round of the presidential election, experts said that the voters of Mélenchon can play with Him a cruel joke. And the results of the parliamentary elections, it can affect?

– Yes, of course. However, it is unlikely that they will be able to take a majority in the National Assembly. They will undoubtedly weaken the Socialist party (party of françois Hollande – Ed.). However, making an amendment to the rules of the parliamentary elections, it is likely that they will not get many seats in Parliament.

– Many say that the Makron own team, so it will be difficult to form a new government. After today’s inauguration, he will have to present candidates to your Office. Already know the names?

That is not true. His team are very efficient, otherwise he would not have won the election. We should also note that many of the leaders of the center-right and leftist political forces supported him before the election. After winning many of the leaders also said that the government will support the Macron. Of course, after the inauguration on Sunday, he will have to choose its Prime Minister. Maybe it will happen on Sunday evening, and the new government will be appointed on Tuesday or Wednesday. Of course, in Paris, a lot of rumors about this, but it would be unfair to list them, because it’s just speculation.

– Apparently, the Makron seriously undertook the development of his party’s “Republic first”policy.

Yes. He has renamed his movement “Forward!” in “the Republic forward.” He also nominated candidates from his party in the parliamentary elections. So, yeah, definitely, he has his own political party, but even being the President of all citizens, he’s not going to lead this political force.

What about the political future of Makron? That as President he would do in the first place? Can we reduce taxes, the poor get more help?

– You think his policies will be balanced. On the one hand, he will need to boost the economy, so it will reduce some taxes, in order to facilitate the opening of new businesses. On the other hand, it will not jeopardize the welfare state, which is a strong consensus in France. His main priority is the reform of the labour legislation.

– A month in France will hold parliamentary elections. Party marine Le Pen can take the majority? What they say the opinion polls? What are the chances of the party Rules?

– No, the extreme right will not take the majority in the National Assembly. Apparently, the candidates of the party of Makron will take a leading position. They are new people, many came from civil society, was never elected (in Parliament – Ed.) before (with the exception of the 28 candidates out of 428 shown). According to surveys, this corresponds to the expectations of French society. Of course, we have to be cautious with predictions because a lot can change. But even if party Rules do not take the most moderate MPs of the Conservative party is likely to support his government.

– Macron stated that the EU needs to reform, otherwise in the future we may see a rise in extreme right-wing tendencies and after Brexit – Frexit. On the eve of the second round of presidential elections macron said that, to enlist the support of the electorate of Le Pen?

– Yes, Emmanuel macron said that he is determined to succeed, not to give occasion to the voters to side with the extreme right or radical left-wing politicians. He has long advocated some changes in the management and policy of the EU. The EU should be more understandable to citizens and to ensure a better future. MEPs should be more responsible and visible. Surely pretty soon, the Makron will say about these changes. But then France will enter into negotiations with other countries-members of EU on this matter.

– Before the second round of the presidential election team of Macron said about the hacker attacks on servers of election headquarters. It was Russia? Such high-profile investigations in the States?

– The courts are already beginning the investigation, not to mention the brilliant investigative journalism in several Newspapers. Obviously it was an attack against the national security of France, and she did not go unpunished.