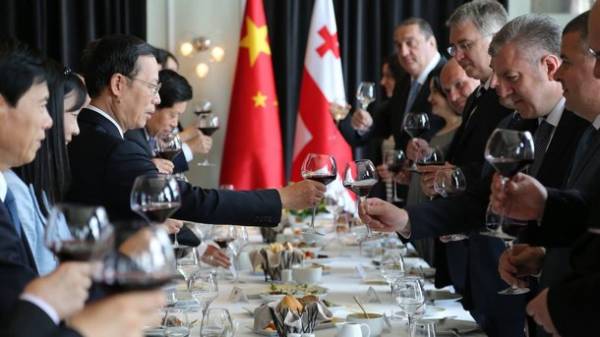 According to the Ministry, Georgia became the first country in the region with which China signed a free trade agreement, opened for Georgian goods, the largest market in the world, covering 1.4 billion consumers.

The report notes that, according to the agreement, 95% of Georgian products and services will be exported to the Chinese market without customs duties, with a zero tariff. This is mainly wine, spirits, soft drinks, mineral water, tea, nuts, honey, jams, juices, fruits and vegetables, as well as nitrogen and mineral fertilizers, ferroalloys, locomotives, cables, plastic products and other products.

It is emphasized that the effective work carried out by the governments of the two countries, free trade negotiations between China and Georgia was completed in unprecedented short periods of time.

The agreement will enter into force in mid-2017, after it is ratified by the legislatures of both countries.

Georgia has concluded agreement on free trade with the European Union, CIS countries, Turkey and the European free trade Association (EFTA), which unites non-EU Switzerland, Norway, Iceland and Liechtenstein, as well as preferential trade arrangements with the United States, Canada and Japan.