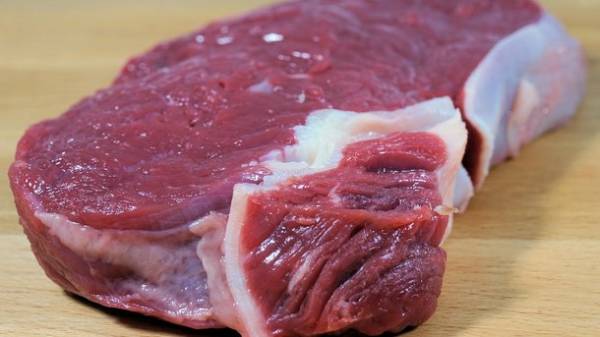 In 2017, experts expect a “creeping” increase in prices for basic types of meat: beef, pork, and chicken, writes UBR.

Moreover, according to the General Director of the Ukrainian Association of trade networks suppliers Oleksiy Doroshenko, most likely, the prices for a chicken will not so much change as pork or beef for only one reason. As poultry farmers subsidized by the state.

This is evidenced, in his view, the comparison of prices of basic products in the EU and in Ukraine. If for most items, our prices are already at the European level, then the chicken they are lower for 30%.

The cost of meat has rested in the limit of purchasing power. “For many the may the kebab was not meat and potato. So how to buy good beef at a price greater than 120 UAH/kg can not all” — said Doroshenko.

No New year or Easter, and there was no significant rise in price of meat, as the Ukrainians can’t pay what you would earn producers. This was evident in December 2016, when many goods could be bought cheaper than in November. “Easter was the same scenario. May holidays — this is more reason to talk about rising prices than to observe the actual increase,” — said Doroshenko.

As reported in public organization “Economic discussion club”, in April of this year beef rose by 2.5% or UAH 2.4 GHz. The average cost of a kilogram of meat, according to the state statistics service, almost 100 UAH/kg. For the year it has risen in value by almost 19% (by April 2016).

“In may, meat prices will increase by about 5 – 7%. However, we must remember that the number of cattle continues to decline at a rapid pace and at a time when the shortage of raw materials will lead to significant price increases. While the situation is predictable, and we don’t expect major changes”, — said the Executive Director of the NGO “Economic discussion club” Oleg Pendzin.

Therefore, according to Doroshenko, on the one hand the production of beef and pork (from ASF) will fall and prices to rise. But on the other — they will grow slightly, as the cost of pork and beef we’re almost caught up with Europe.

“Beef already has a high price. Just a little bit more expensive, although it will be a slight price increase in the range of 1-1,5 UAH”, — said Alexey Doroshenko.

According to him, the factor ASF will long influence the market until needs veterinary control. Accordingly, the price of pork and bacon will be jumping for a long time.

Themselves breeders explain the situation differently. The President of the Association of pig producers of Ukraine Artur Loza said that Achs is important but not the determining factor in the emergence of supply shortage and correspondingly high prices for pork. Demand increased from the fourth quarter of last year, and the upward trend in consumption of pork remains. However, the decrease of the proposal, which is due to the delayed reaction of the industry to the economic crisis 2014-2015.

The growth of the export market will not affect

The Deputy head of the Agrarian party of Ukraine, expert in the field of agrarian business Denis Marchuk believes that the price of pork this spring in addition to holidays, is largely influenced by export demand for goods.

“The pork price increase was about 20-25%, its cost sometimes reaches 100-120 UAH/kg, Much more expensive with live bait 32-33 UAH at the beginning of the year to UAH 40/kg even Sell pigs that have not reached the required weight standard, as the demand for exports is very large. As well as domestic demand including for holidays are also very high,” — said Marchuk. 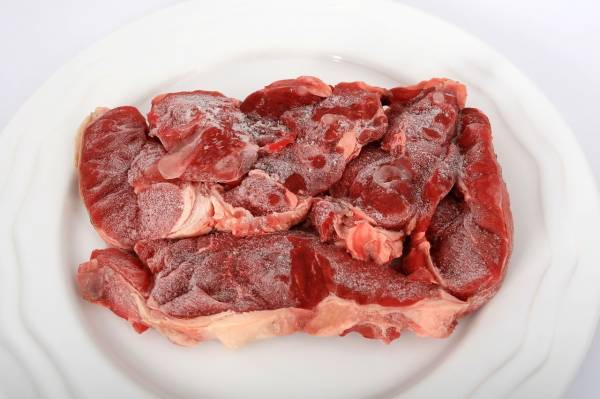 Analysts Association “the Pig producers of Ukraine” explain fast-rising prices (37 UAH/kg to 40 UAH/kg) increased consumption of pork during the mass picnic and the limited supply of pigs for slaughter conditions. As a result, some farms were even smaller sized animals.

It would seem that this will only exacerbate the situation on the domestic market and will lead to the fact that Ukraine will start to import pork.

“Although most operators and noted some shortages of pork in our country, the increase in volume of imported raw materials is not marked. On the contrary, in January-April was brought twice less than in the same months of 2016”, — said the analyst of Association of pig producers of Ukraine Alexander Bondarskaya.

As evidenced by customs statistics, the import of pork in Ukraine during this period declined by almost 2.2 times — up to 724 tons.

According to Arthur Vines, the growth of exports of chicken meat — good for pig producers, as the chicken is a product-substitute in the diet of Ukrainians. If the piece of chicken out of the market for export, the prices are kept at a relatively high level. That, in turn, maintains high prices for pork, as the consumer cannot fully switch to a cheaper product.

“In addition, in Europe the price of pork is also on the rise compared to last year by 20%, and sometimes 30%. Therefore, there is no cheap imports and pork market in Ukraine will be scarce until at least the end of the year,” — said the Vine.

At the same time, pork exports are miserable, at the level of 10-12 thousand tons per year in the total production in Ukraine more than 700 thousand tons. Therefore, even the increase in exports of 15 thousand tons will not affect domestic market prices.

“There are seasonal factors of the decline in demand for pork. It’s February, June and October. However, this year the shortage of supply has not led to lower prices in February. Probably after the may peak prices could be a small decline, but the seasonal factor will have a more deterrent effect on price growth and they are likely to remain unchanged,” says Vine.

If the price will drop, it is not essential. Moreover, in July-August pork supply will be reduced (because of the heat, worse than pigs gain weight). Therefore, the major factors for reducing the cost of meat will not.

Recently, the Ministry announced that Ukraine and China may in the near future to agree on a Protocol veterinary requirements for exports of beef in this state, then Ukrainian farmers will be able to begin shipping products to the Chinese market.

“Until you have signed the documents, to talk about some predictions impossible”, — said Oleg Pendzin.

According to analysts of the Ukrainian club of agrarian business, the high level of prices for beef is the need to implement products that were purchased at high prices were observed in late March – early April. “The decline in prices for beef and pork is expected after completion of the peak demand,” — noted the analysts of the ASTP.

The cost of chicken, according to experts, will be relatively stable, with slight fluctuations in the range of 3-5%.