Since early may, some Ukrainians began to refuse subsidies for housing and communal services: heat, electricity, gas. For the changes that came into effect new rules that, for a recognition of officials, should reduce the number of applicants for state aid from 20 – 25%, up to 5 – 5.5 million, writes UBR.

This will have practical consequences.

So, if before the grant for the heating, for example, apartment 60 sq. m covers 330 cubic meters of gas, but now the discount will be credited only 300 “cubes”, and for the remaining 30 cubic meters will have to pay, according to the current rate, a little more than 200 UAH.

In the same apartment with Central heating, the subsidy now covers a 2.5 Gcal of heat, instead of 3.28 Gcal. The difference will cost about 1,4 thousand UAH.

Officials claim that people will have enough and new regulations. “However, in this context it should be noted that these limits is a “General temperature in the chamber,” and the weather factor was more favorable,” — said in a conversation a senior analyst “FOREX CLUB” Andrew Shevchishin.

Dropped himself of the heating season: if the subsidy were appointed from 1 October to 30 April, it is now — from October 15 to April 15.

The economy is no longer encouraged: when the family consumes less than the indicated regulations, it saved the rest no longer write to the account (to spend it in the future), and simply write off. He goes back to the budget. And next month it will be impossible to go beyond the norm.

“Otherwise, the difference will have to pay or start saving in order to fit into the allotted limits,” — said a senior lawyer Law Eterna Artem Kuzmenko.

For subsidy now will no longer be eligible for debtors who do not pay for utilities more than two months. The benefit will take only if to agree on debt restructuring.

Income to calculate subsidies will now take the rate of monthly family income, not annual. Because of this, “disappear” those who received low wages as from 1 January 2017, the minimum wage is officially set at 3 200 UAH.

The exemption will not take t if you agree on debt restructuring.

“Also a reduction in subsidies will be families in which there are students — their income when making a subsidy shall be equal to 3 200 UAH, and the unemployed, whose income is equivalent to 6 400 UAH”, — said the expert Fund public safety Yuri Gavrilechko.

Now the beneficiaries (pensioners, students, military conscripts) are required to confirm the size of their income each heating and non-heating period. “In the last edition they had to do it once a year”, — said the lawyer of “the Magus” Jaroslav Borka.

In order not to lose the subsidy will have to report to who who prescribed in an apartment, the transition from centralized heating to individual and Vice versa.

Another of the list of beneficiaries crossed for expensive purchases — more than 50 thousand UAH.

After completion of the heating season, the need for subsidies decreases dramatically, especially for gas and heating less hot water. So may and, especially, the summer months would not be significant in the calculations and the number of subsidianes, experts say.

“All change at the end of autumn, with a new heating season. The number of recipients drastically reduced not only due to changes of norms and rules, but also with income growth due to higher wages only for the first quarter of the nominal average salary in Ukraine increased by 36.8%. We can assume that 20% of the budget expenditure for subsidies will be reduced,” said Havrylchenko.

Over all illegally obtained subsidies, tax evasion, false information provided for fines, and the aid received should be returned.

However, it was not without good news. For example, even in case of delay in payment of utility bills more than two months, if there are “valid reasons”, you can ask extension of period for repayment of the debt.

And in General, the authorities promise to consider every application for the grant individually, taking into account the specific circumstances of the person.

To find out about getting benefits you by SMS or e-mail.

To increase the amount of state aid will be families, pensioners, invalids or other incapacitated citizens: the social norm of the area of the apartment will increase from 49 to 75 square meters.

In addition, the subsidy will be able to claim also the residents of the garden houses and summer cottages, which still could not get the benefit.

“Positive it’s also worth noting add to the list of reimbursement of transportation and distribution of natural gas,” said Bork.

However, whatever it was, these are all temporary measures. The rules for granting subsidies will continue to change. After all, the ultimate goal is the monetization of benefits, the payment of their cash. It will write new rules and regulations.

“By the autumn the citizens who are saved will receive cash from the monetization. It is possible to change the approach monetization from living in money to pay for exclusively public services”, — predicted Artem Kuzmenko. 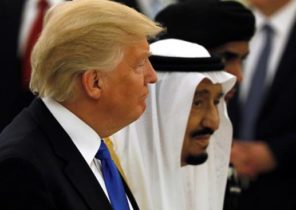