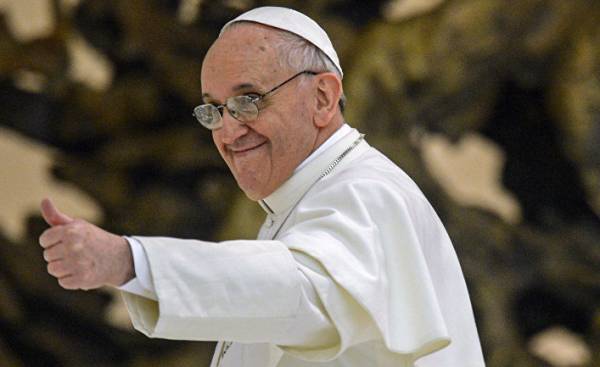 The visit of Pope Francis in Cairo — the historic in all respects. Perhaps his historical significance lies in the fact that he fell exactly on the time when it was necessary for Egypt and the entire region. Egypt is now exposed to the most serious challenges in its long history when the Coptic Christians were oppressed on religious grounds from terrorists. The Egyptian state, in turn, stands on the principles of national unity and equality of the population that does not cause the Egyptians doubt.

As for the whole region, he was in a situation of severe trials. Many Arab countries face a crisis of the state, whether the test of the hated dictatorship of the separatist movement, the introduction of terrorists or foreign intervention from all sides. In addition to the rising smoke and raging fires of the destroyed cities, killed, dead and wounded, refugees and migrants, scene of the Arab world seems to be an example of tragedy and suffering because of the denial of the “diversity” of the population. This is evident in Syria, where between the conflicting parties developed the agreement on exchange of population between regions: the Shiites to go places where there are Shiites, the same with the Sunnis. As a result, we came to ethnic cleansing in its pure form.

Terrorism never existed moral issues concerning the explosion of the bus during rush hour. The tragic moment did not know neither the Sunnis nor the Shiites. This has happened several times, and do not need to be a soothsayer to predict that this may happen again in the not so distant future.

No one knows when we have allowed this tragedy. But, of course, always had the desire to stop such a scenario. 1994 was witness to important events: was released the book “Peoples, religion, race”, and together with this from all sides were heard the calls for the conference “minority rights in the Arab world” in the period from 12 to 14 may 1994 in Cairo.

The conference was not able to arrange in the Egyptian capital, and the activists went to another country — Cyprus. Storm had already begun, and the world turned on its head. Zarqa al-Yamama (lit. “blue-eyed dove”.Zarqa al-Yamama is a character from Arabian folklore Arabian tribes. According to legend, it was a blue-eyed woman who saw much farther into the distance the others, was very keen and could see the approaching enemy much earlier than the rest. But nobody didn’t believe her, so that her tribe was defeated. — approx. lane) already anticipated one of the most important Arab issues and the impending disaster coming years. Despite the use of the expression “Arab world”, prefer Arab nationalists, Zarqa al-Yamama was more perspicacious. She saw what no one else could see, and heard what they heard. And saw Zarqa serious contradictions and a strong rejection.

Renowned sociologist Dr. Saad al-DIN Ibrahim was one of those who are called Zarqa al-Yamama. He became one of the first to put forward the problem of ethnic and religious minorities in the Arab world, arguing that these groups represent a significant component of the Arab world. It is estimated that about 15% of the population of the Arab region represented minorities. All military conflicts, domestic unrest, bloodshed and civil war, which the Arab world witnessed, was caused by ignoring the rights of minorities and their oppression to such an extent that it reached even the use of chemical weapons.

Denial is the first steps that accompany the path to death and other types of disasters. In 1969 a Swiss psychologist Elizabeth Kubler-Ross released a book “On death and dying”. It represents a summary of her studies of the behavior of people who knew about his death, and the stages that they passed during this period. In her book she shares the experience of five stages:

Stage one: denial. Denial in the form of rejection of the diagnosis that the disease has reached the stage when the end is near. At this stage, the patient denies the existence of this disease, often thinks about errors in diagnosis or said that the diagnosis was incorrectly made because of inappropriate medical tests.

Stage two: anger. Once the denial becomes useless man embracing a state of severe rejection, the hatred of healthy people and thought that it would be right if others have experienced the same that you have to experience it.

Stage three: auction. After persistent refusal, begins a kind of “softness”. It manifests itself in the constant questions and sometimes the desire to stretch the time, finding out whether it is possible to test new drugs, despite the fact that sometimes people are probably aware of the fact that such medications do not exist.

Stage four: depression. The state is hateful to surrender to the problem, which may include withdrawal from society, immersion in a state of deep grief. At the end of the fifth stage, the final acceptance of an inevitable fate, and after some satisfaction and expectation of what should happen.

This is a good model for the analysis of man’s relationship to death, which is absolutely suitable for understanding the relationship of the Nations to their existence and what will be waiting for us — some progress, or complete destruction.

The Arabs have already passed the stage of denial, they now live in interpenetrating stages of anger, bargaining, depression, and expectations. In any case, whatever the price may be nothing more than a million killed, three million affected, 14 million refugees and emigrants, countless destroyed towns and villages destroyed cultural heritage undermined morality of human relationships and what is left of the bonds of friendship and kinship.

The visit of Pope Francis and his meeting with the leaders of the Egyptian churches and the speech in al-Azhar University in the conference with the participation of representatives of all religions, restores the position of al-Azhar. The latter deserves to be the focus of attention of the international community and to be a meeting place for people regardless of their religion or beliefs and not to remain only as a beacon of knowledge for Sunni Muslims.

Perhaps this visit will help many people to reconsider their position in relation to the al-Azhar University, and perceive it not as a “fundamentalist hotbed,” and as the place where understand the complexity of the existing realities. Perhaps al-Azhar needs to change and progressive ideas, but he will always remain one of the pillars of the Egyptian state, which cannot be abandoned and which can not be ignored.

On the other hand, in the fight against terrorism, this visit gives Egypt an additional status of a natural bridge between East and West, Islam and Christianity, the Arab Islamic civilization and the West.

It is obvious that many in the region are closely monitoring these events. However, in your anticipation they overlooked that this would require a greater number of geographic and historical factors.

Finally, this visit is proof that Egypt has the opportunity to get out of this difficult test with his head raised, taking into account its historical experience, when on his land all the Nations, religions, races coexisted next, being indulgent to one another, and knew not just how to live and how to live together. Egypt is a wagon, made a journey of a thousand years, from ancient civilizations to the present, and Laden with messages of tolerance, understanding and peace. And, despite the fact that some of us are not receptive to this and dream about a different Egypt, nationalist and radicalized, most likely, this wagon did break through forward. 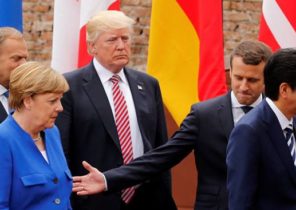 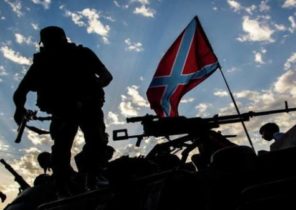