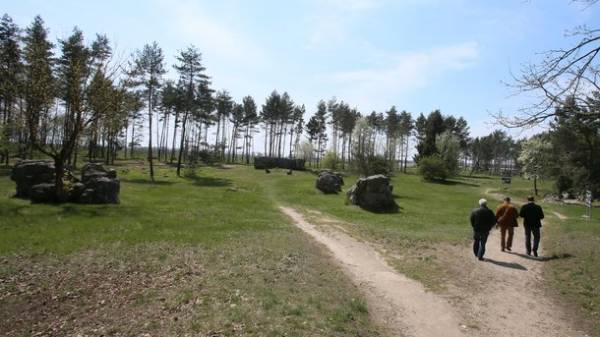 Scattered multi-ton blocks of concrete with protruding steel rebar, the remains of the strong foundations and the preserved pool. In between the trees for 30-40 years. This is all that remains of the famous bet “Werewolf” (“werewolf”) under the winery of the German Fuhrer Adolf Hitler which called for the journalists “Today.” By the way, the Fuhrer himself called her Wehrwolf (“Armed wolf”). Here he spent about four months and came here three times. Concrete structures of the retreating Germans blew up, burned wood in March 1944, but its secrets Werewolf keeps to this day.

In order to find out what is left under the ground to dig, but without serious cost is impossible. Money from the state yet, although it should be noted that, after decades of neglect in 2011 “Werewolf” has become a historical and memorial complex of memory of victims of fascism and a branch of the regional Museum. Bunker. Hitler liked to hide from the heat behind concrete walls

MYSTERIES OF THE DEN

In front of us — Hitler’s bunker, once a thick-walled concrete cube can withstand a direct hit by bombs. After a heavy duty explosion inside it turned into a dozen multi-ton debris scattered on 10-30 meters. One of the pieces of concrete 10 metres from the bunker lies in the recess, although other boulders scattered on a flat surface. The same picture next to other bins. What is this if not the remains of an underground emergency exit? Why you need a rusty pipe sticking out of concrete blocks? It is evident that the bunker was constructed with a ventilation system.

“If the earth is nothing, why the help of the chief of the operations group of the NKGB (security service) of the USSR Rogatneva that in March 1944, explored the bunker, he is called “ground / underground construction”, — says an employee of the memorial complex Dmitry Korchak. Help Rogatneva the only official document, which we have seen and know. We do not confirm that the rate ground, underground or above ground-underground. We are talking about the fact that there is a document that shows: “Werewolf” has underground facilities. Interestingly, of the reference Rogatneva taken all photos referenced in the text. The study is not finished and to say that everything known is true”. 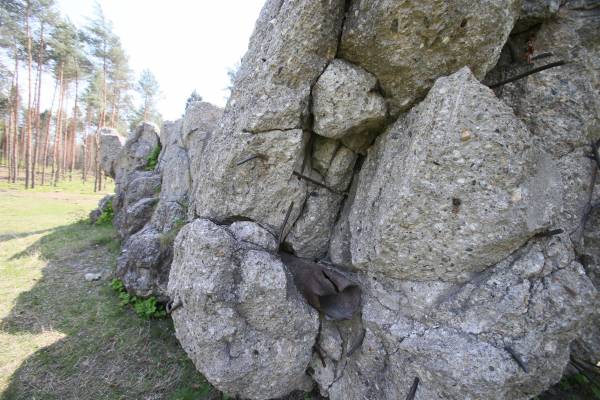 Barrels. They have more than 70 years

According to Korczak, had three of the study “Werewolf”. The first group Rogatneva, in March 1944 it says about the three underground bomb shelters. In September 1944, post-war commandant of Vinnytsia Isai Becker examined the remains of the bunker and mentioned the underground part, but to penetrate deep into the failed, as the entrances were swamped after the explosions. The third study is dated 1989, it is known as the program “Hermes”. Researched professionals 14 research Institute, excavations were headed by Professor of the Moscow geological exploration Institute Mr beaver: we used the most advanced instruments capable of scanning the earth. Wells were drilled in the granite underwent ultrasonography. But suddenly all work is turned, the order “from above” and the results classified. Beaver was later interviewed and confirmed the existence of a “Werewolf” voids.

Now there are two main hypotheses, which they say scientists and enthusiasts-researchers. First — the earth is a few floors. Researcher and author of two books about the “Werewolf” Louise Belozerova, citing bobrovnikova, with whom she communicated in the course of the work, admits that these voids were filled by the Germans poisoned the water and it is better not to touch them in order to prevent man-made disasters. The second version says that the earth is the command post, which in the strictest confidence built before the Second world war, not the Germans, Soviet engineers used slave labor of “enemies of the people”.

The bunker had prepared for Stalin, but this idea was abandoned. The reason is radioactivity of granite emit radon gas, which in closed spaces it becomes deadly. The Germans captured the unfinished facility and completed. Unknown influence whether radiation Hitler, who liked in the heat to chill in the bunker and not built next to a wooden house, and on his ability to think sensibly and to give impossible orders that allegedly changed the course of world war II. Although there are eyewitness accounts of his closest associates, who claimed that after a stay of Hitler in “the Werewolf” his health has deteriorated dramatically. 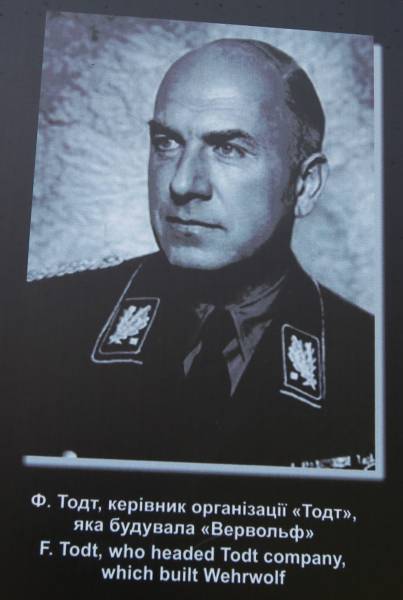