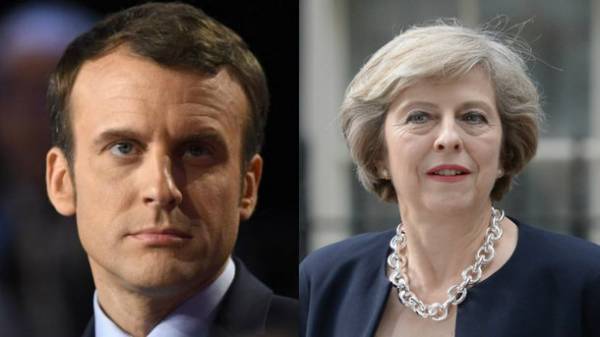 Prime Minister Theresa may and President-elect of France Emmanuel macron during the talks discussed briefly a British exit from the EU. This was announced by the representative of the British Prime Minister. His words are published on the website of the government of Britain.

“The leaders discussed briefly Brexit, and the Prime Minister repeated that the United Kingdom wants to establish a strong partnership with a secure and prosperous EU, after we leave it,” — said the representative of the British Prime Minister.

He noted that Mei congratulated Him on his election victory and stressed that she will work with the new President on a number of issues. May said that “a unique partnership” with France and the UK will provide “a strong Foundation” for future cooperation.

As noted by the representative of the British Prime Minister, may and macron discussed their meeting and talked about upcoming summits of NATO and the “big seven”.

We will remind, on may 7, Makron has won the presidential elections in France. As reported on the website of the French Ministry of interior, for it gave their votes to 66% of the French.