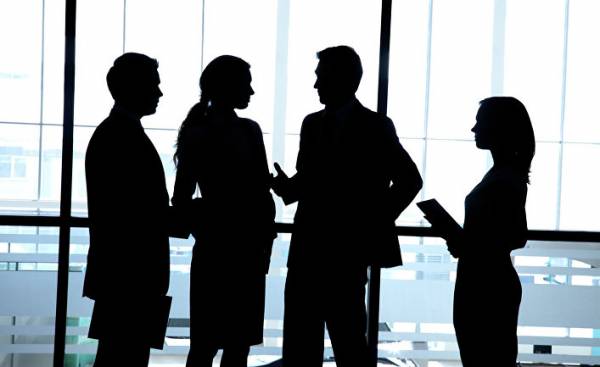 We are a society of people who talk a lot, too much and listen to little or don’t do it. It is becoming clearer, both in terms of public communication, and in everyday relations between people. We cannot and do not want to listen to others: we do not answer questions, only interrupting to take the floor yourself and keep it as long as possible.

You could say that we are limited to only those that listen to ourselves at the moment of speaking, but this is not the case, because if we really listened to ourselves in our minds every time there would be reasonable disbelief or at least some doubts. And here we have a sequence of monologues, coming out from under any control between the two, which almost never serve this role, in short, between the deaf.

To explain this paradoxical situation is not as difficult when you consider the overwhelming desire to get with words the power, which today is the most popular and familiar product becomes a form of pressure and abuse. Just turn on the TV, where there is now rampant talk show (what there a crisis!): even the most careful presenter can not cope with the task to keep their so-called guests, as if it tried, so every time before our eyes, a clear example of the discursive suppression of the society in which we exist.

And if by chance we happen to be there and to testify about something, you will have to work out in advance to submit any evidence of our presence in a whirl and jumble of voices. And if we then sharply, as if we just suddenly woke up, think what happens on this side of the screen, then, contrary to telegaleria, different techniques for determining the audience’s attention and all sorts of new interactive tools, we will see a lot of passive, inert viewers, that is ourselves.

Indicators of the audience’s attention? There is a note! No one “hears” this dummy parties, which are limited solely to conversations with ourselves: and if they do not listen, then you can try different ways to call what you do telezritel, but it has nothing to do with genuine attention.

The difficulty is, so just to understand, what does the word “listen” that requires this action, and what conditions it must meet to be real. In his “Zarathustra” Nietzsche was represented by contemporaries like creatures with huge ear, ugly people, turned into the organ of hearing, but ceased to hear. Today’s ugliness is not that people have turned into one continuous hearing, rather we are becoming one scary eye with headphones.

After him, another philosopher, Heidegger, suggested that we “listen to language”, as if we must distinguish in him, and especially in poetry, hidden, whispering in the distance, voices. These appeals of two philosophers — not to allow everyone into our ears, not to let the vision claimed to be the penetration into the essence of things — can serve as a warning: we can transform it into a paradoxical “watching, listening”, that is, in an unusual practice that allows us to weaken the “metaphysics of sight” (call it so), making her, with great difficulty and reluctance, a kind of correction or violation. And from a process of unknown origin, she will become a possible rupture of the screen to which we are chained, with the subsequent attempt to free themselves at some point (or small distortion) from the eye, constantly and everywhere, watching us. Perhaps lost our attention will be, thus, the residual capacity of the opportunity that we have not yet fully exhausted.

But this is not enough. It is essential to understand, talking about our daily practice that involves attention to what it demands of us transformation. Experienced ground in this case are our relationships with other people. These “others” can be anyone, those whom we meet outside the home in normal life relationships, an accident, or those with whom we talk on the phone: it can be our friend, someone who lives nearby, is always present close to or someone we don’t know, random stranger. In any case, it is not us, it never becomes an alter ego, remains always different from us, there is something alien. Listen does not mean to eliminate this “strangeness”, on the contrary, attention manifests itself only if we start from this quality and consider it only if we can somehow accept and assume his difference, his “alien” creature. Only if we activate a zone of strangeness, for example, parallel and coincident with it.

Modern philosophy, at least a substantial part of it, insisted on the importance and the difficulty of meeting with others, from Levinas to Derrida (and his school, particularly Nancy), if you give an example of at least a couple of names. Perhaps Derrida is deep penetrated in this question, exploring in some of his last works, the process of “hearing”. If the conditions do not automatically “events” implying that other “suddenly appears” in our everyday life and somehow must cause confusion and embarrassment, to truly listen to him, says Derrida, we have to invent a gesture of understanding, try to tune in to the overall tone.

Not required to almost nothing, so that the meeting ended in failure, if we claim to possess a kind of “ear” thing, the undertones, the wrong tone, that seemed so obvious, disappeared. Derrida reminds us of the Hebrew “shibboleth”, about how we say the word, use some modulation, slight facial movement or hand gesture, which we followed.

You don’t even need the word to create harmony, enough openness, and often silence is suitable for much more than a thousand words, as is well know teachers. This happens always when meeting with others is a gamble to win. You can shout: “Listen to me!” We can assume that to maintain discipline in the class more or less authoritarian way, is a mandatory prerequisite for the conquest of attention. But as is often the case, it is impossible to ensure that you listened, and the words of the teacher slip out of the students ‘ heads or even be transfused (already devoid of life) in their notes.

To implement a process of attentive listening, it is necessary, therefore, to master the practice, quite unusual for today’s society: to discover a kind of emptiness inside us, to give ourselves the mental space (and physical) through which so-called hospitality (at the time this topic was extremely popular, and now has become as nevostrebovannyj in modern thought) ceases to be a mere oscillation of air and becomes a concrete possibility to hear the other.

Yes, but who today would take on such work? The rhythms and customs of a frantic routine, constant acceleration, which we are forced, pushed in the opposite direction. If you listen so hard, then why to spend on this process so hard? And so we continue to talk constantly, speaking to small and large audiences of deaf students, and as a result themselves become deaf. Let’s make at least one effort and start to listen to what we say to ourselves.