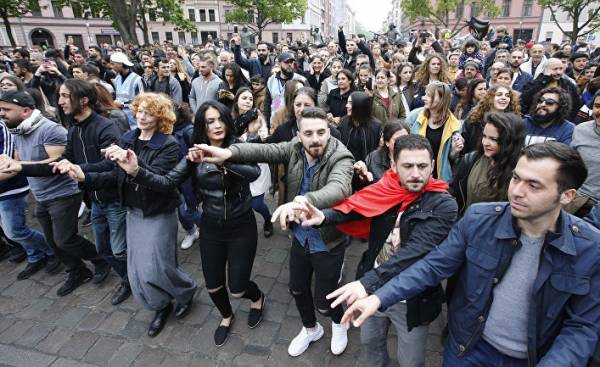 Only half of young Europeans consider democracy as the best form of the state system. Such is the result of recent studies, which were surveyed Europeans aged 16 to 26 years old about their relationship to Europe and European institutions. Only a slight majority of respondents (52%) prefer democracy as a political system. Europe many young people see, according to this study, primarily as an economic space, not as a community with common values and cultural traditions: three out of four respondents see Europe primarily as an economic Union.

During the study, YouGov-Studie conducted on the instructions of the Fund TUI, were interviewed a total of six thousand young people in the UK, Germany, France, Italy, Poland, Greece and Spain.

Regarding the EU membership of opinions among different countries vary: while in Germany and Spain, a clear majority voted for staying in the EU, in Greece the result was smaller: 31% of Greeks even made for withdrawal from the EU. Supporters of staying in the EU in addition, according to the survey, more optimistic about the future, while skeptics towards their future more pessimistic.

Also to the activities of the EU, young Europeans are more critical: 37% of respondents do not see any specific political goals and plans of the EU. In addition, 32% believe the lack of cooperation of the countries with each other.

Political trend of protectionism, it seems, has not passed unnoticed for the youth. “Security” is for the respondents one of the most important values after the “human rights” and “peace.” At the same time, young people want less influence of the EU on national States and thus more power to national governments.

So, 60% of surveyed Greeks, 44% of British and 39% of Italians are in favour of EU to return power to national governments. Conversely, in Germany the trend is turning to the nation-state is not as pronounced, with only 23% of young Germans were in favour of greater power of the nation state. Thus, this study also reflects the economic situation of individual countries.

However, it is often attributed to young Europeans such values as openness and tolerance, has not disappeared. Over two thirds of respondents support economic assistance to weaker members of the EU. A clear majority of 68% approve of the admission of refugees, “which, for valid reasons, are seeking refuge”.