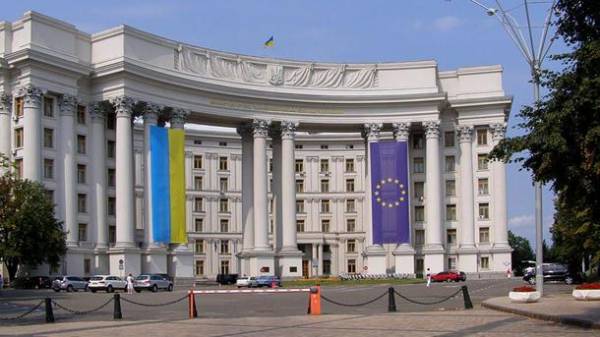 The Ministry of foreign Affairs of Ukraine noted that the decision of the Committee of Ministers of the Council of Europe on the situation in Crimea and Sevastopol (Ukraine) is a major contribution of the COE in the promotion of democratic security in Europe, the TV channel “112 Ukraine”.

“The considered decision of the Committee of Ministers as one of the elements of a comprehensive response by the international community for the criminal actions of the Russian Federation in Ukraine. This solution undoubtedly strengthens the position in the Crimea, expressed last year in the UN General Assembly Resolution 71/205 “the Situation with human rights in the Autonomous Republic of Crimea and city of Sevastopol (Ukraine)”, and introduces the Council of Europe to implement this resolution,” – said in a statement released on Wednesday evening, the comments of the Ukrainian foreign Ministry.

The foreign Ministry also believes that the adopted document is “one of the major contributions of the Council of Europe to promote democratic security in Europe and defending the fundamental values and principles of the Organization – protection of human rights, democracy and the rule of law”.

The commentary notes that on 3 may, the Committee of Ministers adopted a decision on the situation in Crimea and Sevastopol (Ukraine), which was the first comprehensive document the main governing body of the Council of Europe dedicated strictly to the Crimean issue.

In it, in particular, the Committee of Ministers once again confirmed that the position regarding the independence, sovereignty and territorial integrity of Ukraine within its internationally recognized borders.

“It is important that the COE Committee of Ministers, as earlier, the UN General Assembly recognized the responsibility of Russia in accordance with international humanitarian law and international law in the field of human rights and urged the Russian authorities to fulfil their obligations in full”, – noted in the Ukrainian Ministry of foreign Affairs.

Along with such human rights violations like restricting freedom of speech and peaceful Assembly, freedom of religion and belief, the decision marked the repression of national minorities, in particular Crimean Tatars. The so-called decision of the Supreme court in occupied to the Crimea on the recognition of the Mejlis an extremist organization and ban its activities had also caused the condemnation of the Committee of Ministers.

“So, the document contains a clear requirement of the Russian Federation to take all measures to ensure human rights in Crimea, including the view of the injunction of the Majlis”, – emphasized in the Ministry of foreign Affairs of Ukraine.

One of the Central elements in this decision is the call for unhindered access of human rights mechanisms of the Council of Europe, in particular its high Commissioner for human rights in the temporarily occupied the Peninsula for monitoring the observance of human rights in accordance with their mandate.

“We believe that the presence of international Convention and institutional monitoring bodies on the territory of occupied Crimea in a rapidly deteriorating situation with human rights is essential and urgent,” – convinced the Ukrainian foreign Ministry.

In this context, emphasize the Ukrainian diplomats, it is important to appeal to the Council of Europe Commissioner for human rights, which today is the only mejdunarodnim Institute who has committed a monitoring visit to the territory of temporarily occupied Crimea in September 2014, to continue to monitor the situation on the Peninsula.

Earlier the President of Ukraine Petro Poroshenko welcomed the adoption by the Committee of Ministers of the Council of Europe integrated solutions in connection with the situation in Russia-occupied Crimea in 2014 and called it “a confirmation of the inevitability of responsibility of Russia”.

We will remind, on April 19 the international court of justice in the Hague partially satisfied the claim, decided to apply interim measures to the Russian Federation for the discrimination of the Crimean Tatar people, was obliged to give access to training in the Ukrainian language and the reopening of the Majlis.

However, the occupation authorities of Crimea said that it was not going to reconsider the decision to ban the Mejlis. 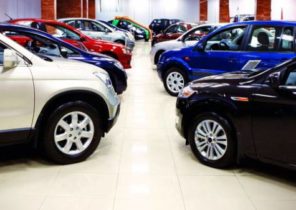