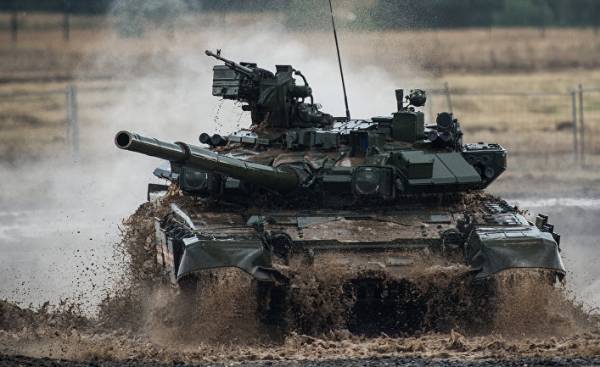 26 April ended a three-day visit of the Indian delegation to Armenia, headed by the Vice-President of India Mohammad Hamid Ansari. During the visit the Vice President met with President of Armenia Serzh Sargsyan, Prime Minister Karen Karapetyan and foreign Minister Edward Nalbandyan, visited Tsitsernakaberd complex (p complex dedicated to the memory of the victims of the Armenian genocide of 1915), Yerevan state University and Matenadaran (ed. — the Museum of ancient manuscripts and books). After a meeting with Prime Minister of Armenia Karen Karapetyan signed a number of documents on cooperation in the sphere of culture and the peaceful use of outer space.

The duration of the visit and the representativeness of the delegation, Ansari suggests that the visit at the highest level is not so official, so it seems at first glance. Despite the remarkable paucity of the signed documents and agreements, we can say that the visit was “intelligence”. The Indian side tried to understand the potential depth and areas of cooperation with Armenia, given Armenia’s membership in the EEU and the new format of relations with the EU. The visit clearly demonstrated the growing interest of Delhi to the South Caucasus region and, in particular, to Armenia. This is evidenced by the fact that the President of India Pranab Mukherjee invited President of Armenia on an official visit to India, “to discuss the agenda of Armenian-Indian cooperation, opportunities and the prospect of deepening relations”.

In 25 years of independence between Armenia and India was not established diplomatic, political, economic, cultural sustainable relationships based on a clear strategy. It is enough to note that the Armenian side’s last visit to India at the presidential level was held back in 2003, and from the Indian side of the visit above the level of Vice President did not exist. After 2013 up until now, no notable diplomatic mutual visits actually was not, although the fact that the Armenian side until 2011, up to the level of Chairman of the National Assembly and Secretary of the security Council visited Delhi, shows that Yerevan has sought to establish contacts, to strengthen the Indian direction, but, by and large, have not achieved success. The reason is probably the lack of interest of India in the region, geographical distance between two countries and limited the Armenian market, as well as not-so-satisfactory economic situation in India.

Meanwhile, the situation now has changed significantly. Armenia and, in General, the southern Caucasus region may be interesting for India not so much as the final consumer, but rather as a transit corridor, especially within the framework of implementation of China’s silk road project and before Iran opened its doors to the world and opportunities. Not by chance India is one of the founders of the project “Transport corridor North-South” in Armenia, and during a meeting with Prime Minister Karapetyan Ansari specially stressed that “Armenia has acquired critical importance with their associated relations with the North, the West and the East.”

In this respect, the Armenian side seems to be suggested to the Vice-President of India specific programs. In particular, Karen Karapetyan during a meeting with Ansari spoke about a project that “will allow from India through Armenia to implement multimodal transportation in Russia and European countries, and in the opposite direction — quickly and at affordable prices.” Armenia is also interested in innovative technologies, pharmaceuticals, healthcare and engineering sectors, in which India has great achievements.

Although India is also a country importing weapons, its military-industrial potential is much greater than that of Pakistan. In recent years, India is investing tens of millions of dollars, especially in the sphere of development of rocket and missile technology and has already achieved significant success.

If Azerbaijan tries to take advantage of technologies Pakistan, Armenia, in contrast, may consider purchasing the Indian anti-missile systems. Including obvious that India develops this industry in the first place, given the characteristics of the Pakistani technology, and threats to its own security emanating from them. Armenia may also be interested in T-90 tanks of the Indian production, which requires the Armenian army.

But even if we leave aside cooperation with India in terms of replenishment of arms, closer ties with Delhi may be a political counterweight to the tandem of Azerbaijan-Pakistan in the international arena. So, this direction is promising, and we must hope that the Armenian President’s visit to India will begin to yield concrete results.