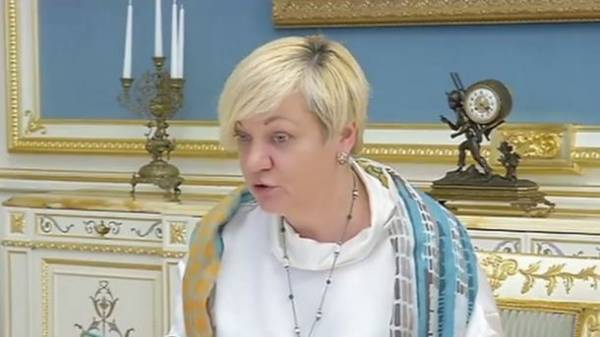 The head of the National Bank of Ukraine Valeriy Gontareva glad the confiscation of assets that stole the entourage of former President Viktor Yanukovych, which will be important for macro-financial stability in the country and increased foreign exchange reserves. She stated this at a meeting with the President of the country with the participation of Finance Minister Alexander danyluk, reports a press-service of the head of state.

She welcomed the increase in reserves to $ 1.1 billion, and noted that it is very important to ensure macro-financial stability of our state.

“National Bank is very pleased with this event. We waited for almost two years. And I want to emphasize that this is very important for our macro-financial stability in the state. As Chairman of the National Bank I am very glad that will increase our net reserves”, – said Gontareva.

In the words of Peter Poroshenko, the confiscated money has increased the foreign exchange reserves of the country and will help to strengthen the banking system of Ukraine.