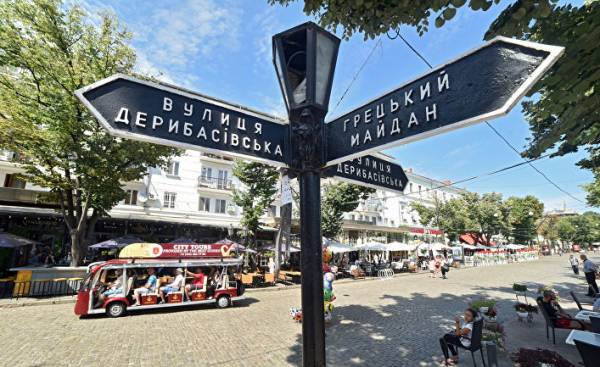 Kiev — the Local authorities in some settlements of Ukraine are trying to return the names of the streets that have been modified in the course of de-communization. In Kiev consider it as an attempt to take revenge.

Less than a year after the end of the de-communization of Ukraine, as the local authorities in certain localities are trying to cancel the results. A vivid example — Odessa, where the city Council in late April voted to return to the streets, alleys and avenues of the old names that were changed in the course of de-communization.

In Odessa, for example, “back” streets of the 25th Chapayev division street and the street Ivan grandma’s street Alexey Badaeva, and others. Its the decision of the Odessa city Council has reinforced the results of the survey on the renaming of streets, which was attended by about 5 thousand inhabitants of Odessa. According to these data, 75 percent of respondents called for the preservation of street names, which they wore until may 2016.

Revenge Saakashvili or “warming up” of Odessa may 9?

“We believe that the call of the streets have names of those people who lived and worked in Odessa, for example the name of Boris Litvak’s or Hero of the Soviet Union Zhuchenko, not the Emperor of Habsburg”, — quotes the edition “Duma,” the Deputy of the Odessa city Council Oleg Bryndak, who brought the matter to the session. It is called one of the closest associates of the mayor of Odessa Gennady Trukhanov, a member of the former Party of regions, which according to media reports, a Russian passport and is known for his Pro-Russian views.

Volodymyr viatrovych, Director of the Institute of National remembrance, which was responsible for carrying out the de-communization, believes that the decision of deputies of the Odessa city Council is an attempt of a revenge of the former “regionals” and Pro-Russian forces.

“This is the real revenge. It is not about how to come up with the best name of the name, and leave the names that are appealing to the Soviet past and keep a mental link with Russia,” said Volodymyr viatrovych in an interview with DW. He believes that such actions of the deputies of the city Council is “heated” by Odessa as of may 9, when the city is heating up the most heated debate about history.

The acting Chairman of the Odessa regional state administration Maxim Stepanov said on his page in Facebook that the decision of the Odessa city Council decision looks like a provocation on the eve of the anniversary of the tragic events on 2 may.

“We must not forget that such actions only wins Eastern neighbour. Legal assessment of these actions must deal with the relevant competent authorities”, — wrote Stepanov.

Who will bear responsibility?

Odessa oblast Prosecutor’s office already opened criminal proceedings on the fact of the Odessa city Council rename a number of streets. We are talking about the application of article of the Criminal code, envisaging responsibility for the production, distribution of Communist symbols and promotion of totalitarian Communist regime.

Lawyer Sergey Ryabenko explains that any municipal Council may within its powers to rename streets in your city, but cannot return those titles that fall under the law on decommunization.

If the mayor of Odessa will sign the decision of the city Council, it could be interpreted as propaganda of the Communist regime, which entails criminal liability — deprivation of liberty for a term of 3-5 years, said the lawyer.

In addition to the Odessa city Council, change names and place names, which appeared as a result of de-communization, trying and other representatives of local self-government. In particular, in late March, the Korsun-Shevchenko city Council in Cherkasy region returned two streets their former names.

In addition, at the next session it is planned to consider questions about the renaming of two streets. “Our mayor is an ardent “regional”. He lives and dreams of returning in the USSR, he did not write the law,” said DW the representative of public organization people’s Council Carandini Oksana Stepanenko.

According to her, now social activists are going to appeal the decision of the city Council through the courts. Called and Volodymyr viatrovych. In his opinion, the attempts of revenge of the former “regionals” can be prevented by public resistance through the courts, challenging decisions of local authorities.

“If such decisions will be a lot, it’s a reason at the level of the Verkhovna Rada to raise the question that in some localities the local authorities openly disregard the laws, and it is fixed by decisions of the courts, and therefore, it is advisable to talk about the holding of early local elections in these settlements”, — specifies a lawyer Sergey Ryabenko.

However, experts insist that President Petro Poroshenko has publicly responded to such attempts to cancel the results of de-communization in order to prevent the real revenge of the Communists and former “regionals”. But at the time of writing official statements on the decision of the Odessa city Council was not. 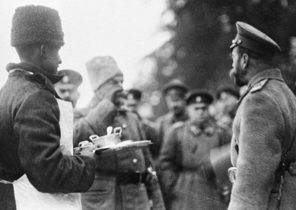