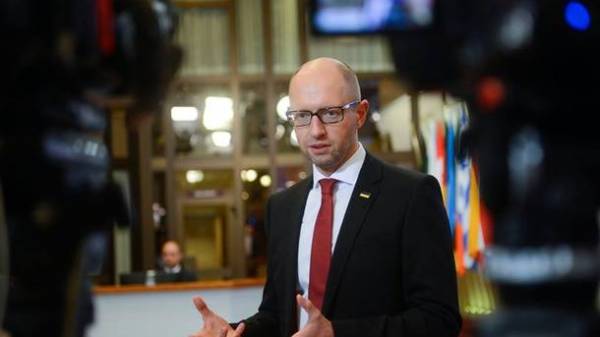 “With appreciation and respect stating that Interpol – as adequate and substantial international legal organization, according to its Protocol took into consideration my appeal and refused the absurd request of the Russian Federation”, – said Avakov.

As reported, the Russian Federation has addressed in the Interpol with the request to declare the international wanted list Yatsenyuk. In turn, the head of the MIA of Ukraine Avakov addressed Interpol with a letter of the groundlessness of accusations, voiced by the Russian side.

“On 20 April 2017, the Minister of internal Affairs of Ukraine Arsen Avakov has sent an official letter to the Secretary-General of Interpol jürgen Stock. In a letter to the Minister set out well-known, more than convincing facts and arguments, testifying to obvious groundlessness of the accusations against the citizen of Ukraine A. P. Yatsenyuk. In particular, Arsen Avakov assured the Secretary General of Interpol that hospitalization. Yatsenyuk had never been to Chechnya, did not participate in any armed conflicts, Russian investigators specified period lived, studied and worked at the place of his birth on the territory of Ukraine”, – said in a statement, the interior Ministry released on Friday.

Avakov leads the well-known facts, evidence of illegal and political motivation behind the actions of investigative bodies and organs of justice of the Russian Federation. In particular, about the legal position of the Russian justice system based on confessions obtained under torture from prisoners illegally in Russia citizens of Ukraine.