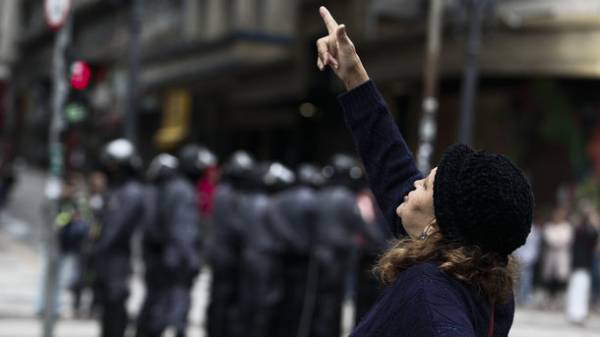 Several million people took to the streets of Brazil, the first in more than two decades, a General strike, said on Friday British television and radio Bi-bi-si.

“This will be the largest strike in the history of Brazil” – results bi-Bi-si words of the head of the trade Union group Paulo Pereira da Silva.

The strike was attended, in particular, public transport workers, employees of private companies, bankers and teachers.

Protesters oppose proposed by the President Michel Temer, of the pension reforms. According to the Brazilian leader, such changes are necessary to overcome the economic crisis.

According to bi-Bi-si, demonstrations are held across the country. The organizers of the strike claim that they intend to focus on holding protests in major cities.

Information on casualties during strikes yet.