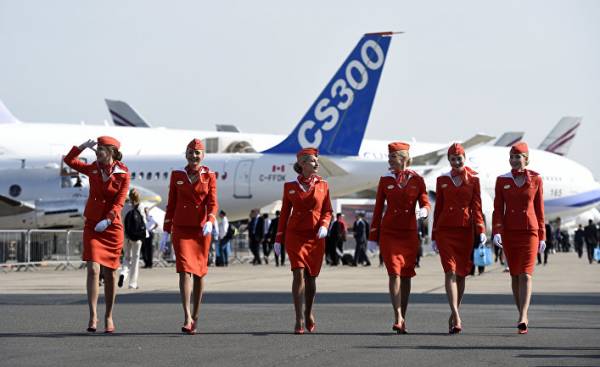 After the court dismissed the complaint, representatives of the airline stated that the customers choose them partly based on the appearance of employees

Representatives of the Russian airline “Aeroflot” has declared that there is every reason to impose on flight attendants monetary fines if their excess weight is recognized.

At a press conference on Tuesday following two recent trials, two representatives of Aeroflot, apparently tried to justify attributed to the airline’s policy in relation to appearance of female officers.

A few weeks ago, two flight attendants sued the airline to court, representing a group of women who jokingly called themselves the “STS” is an abbreviation of Russian words “old, fat, scary”. Women claim that “Aeroflot” transferred them to the prestigious long-haul flight on low-paid short domestic routes due to their appearance.

Eugene Mahurin, one of the plaintiffs, said that last year all stewardesses of “Aeroflot” photographed, measured and in some cases weighed. Women who did not meet the requirements, was removed from international routes.

“Our salary has decreased due to the size of the garment. We are allowed to fly, but wages have decreased,” says Mahurin. Ilona Borisova, from the Union of flight attendants, said that the changes affected about 600 flight attendants “Aeroflot”.

The airline has won both the court and the statement made in February, insists that he never made discrimination based on appearance, age or weight, and all claims Magarinos unfounded.

But on Tuesday two representatives of “Aeroflot” seems to be tacitly recognized that such a policy took place in reality.

“”Aeroflot” is the company’s premium class, and one of the reasons why people pay for our tickets, is the appearance of employees,” said Pavel Danilin, a member of the public Council of the airline.

According to him, a survey conducted among passengers of “Aeroflot” has shown that “92% prefer to see flight attendants with the dimensions of clothing, about which we spoke.” The female plaintiff claimed that the flight attendants larger than the 48th Russian (about the 14th British) reduced payments.

Nikita Krichevsky, the other member of the public Council of “Aeroflot”, said that the monetary loss should not be seen as a pay cut, but as an incentive to lose weight. He accused the women of trying to “blacken the name of the state of the airline” and said they should be happy that the company cares about their health.

Krichevsky said that if they don’t like the terms, let him retire, and added that to lose weight is not so difficult. “I used to weigh 103 kg and now I weigh 80. I just adjusted their eating habits and lost weight. I don’t understand why a request to meet a certain size is considered unrealistic”.

Krichevsky also attacked Megurine personally, adding that she refused to meet with the leaders of “Aeroflot” without a lawyer present, that he seemed suspicious. In addition, he mentioned her “large Breasts”.

Later on Tuesday, the company “Aeroflot” has made a statement in which he said that the two men appeared at a press conference, made it “personal initiative” and their comments do not necessarily reflect the position of the airline.

Was told that it was “the personal opinion of the members of the public Council”, who was present at the press conference. “The position of “Aeroflot” was explained at the trial, during which, as is well known, claims Makarovoj and Jerusalem was rejected,” — said in a statement.

On the website of the airline names Danilina and Krichevsky included in the list of 25 members of the public Council. In the document on the public Council said that its function is to “clarify the position “Aeroflot” wider audience”. Only five of the 25 Council members were women.

In recent years Aeroflot got rid of its grim reputation of the Soviet Union and acquired many new aircraft and focused on improving the quality of customer service. He has signed a major sponsorship deal with Manchester United.

Recently, the airline received four stars in the ranking of the consulting company Skytrax, and now seeks to obtain five stars.

At a press conference Krichevsky said that flight attendants without excessive weight is one of the “series of measures” to be taken to achieve a five star rating. 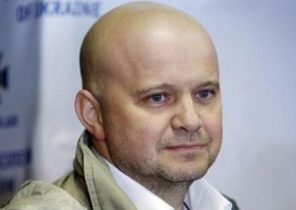 SBU hinted that the “Ukrainian policy” could be in the Crimea