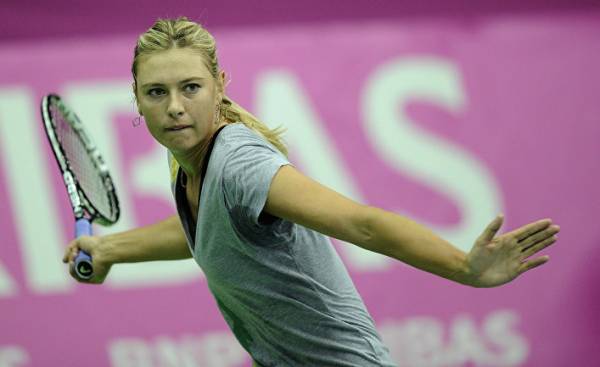 Until midnight on Tuesday she has no right to approach the playing courts. Only then to expire her 15-month disqualification, and Maria Sharapova has the right to come back to his workplace — on the tennis court. This Wednesday in Stuttgart at the Russians will return. And it’s not just some kind of return. Just because Maria Sharapova is Maria Sharapova.

In seven years, and with only a couple of hundred dollars in the pocket it came from Siberia to the United States. At age 17 she won Wimbledon. Then some time passed, and she became the first room in the tennis world — and one of the most highly paid athletes in General. Story Sharapova was a success story. Until, in March 2016, it became known that she was taking a prohibited tool: Meldonium. This heart drug on 1 January 2016 is the doping list.

The fact that Sharapova before long legally I took this drug? She this mistake then recognized? And that other athletes were surprised by this ban? The first instance didn’t recognize. The world tennis Association Sharapova was suspended from performances retroactively from January 26, 2016 for a period of two years. However, the second instance is the international Sports court reduced the suspension to 15 months. His reason: Sharapova didn’t cheat intentionally.

This detail is important because now a dispute broke out which turned into a debate of principle: how to facilitate the return to sport athletes disqualified? This week Sharapova speaks in Stuttgart. The tournament belongs to the company “Porshe”, which advertises Sharapova. To increase the attractiveness of the program, the organizers sent Sharapova wild card. It’s like a free ticket, free ticket. Whoever gets this card, forced to qualify through the list of the strongest athletes in the world or difficult to get to the tournament through the qualifying rounds.

That guilty thus facilitated the return to the sport, many considered inappropriate. Even Angelique Kerber (Angelique Kerber), which also advertises the firm “Porsche”, considered it “strange”. “Disrespectful” called the move by the Dane Caroline Wozniacki (Caroline Wozniacki). Wild card, Sharapova will get also in Madrid and Rome. The organizers of the Open championship of France on tennis has not yet been decided, but a French professional tennis player Jo-Wilfried Tsonga (Jo-Wilfried Tsonga) has already taken a clear position. According to him, “pass” for Sharapova, the same as if “a child who misbehaved, encouraged by sweets.” Also Polish tennis player Agnieszka Radwanska (Agnieszka Radwanska) believes that Sharapova their place in the elite need to earn back with good results.

The opposition is so wide and strong that now even joined by husband Sharapova. Her Manager Max Eisenbud (Max Eisenbud) called Wozniacki and Radwanska “girlfriends” who are just afraid of defeat. Who is good? And who is better? It is a play of vanity. If Maria Sharapova wins opening match, it is quite possible that in Stuttgart will be an interesting duel. In the second round can wait and Agnieszka Radwanska. 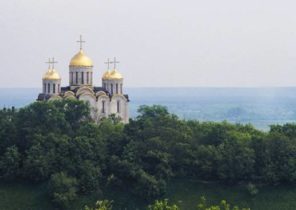 The German-Russian dialogue: that’s where the Russians and Germans continue to communicate openly