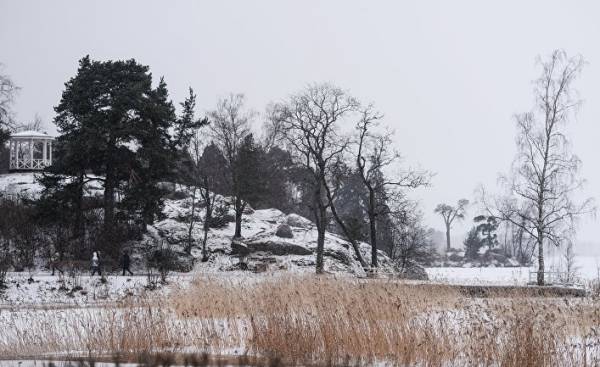 Not again? Dragging on for many years, the reconstruction project of the famous mon repos Park Vyborg was finally to start in April. But the dates were again changed.

Last year Russian media reported that the restoration should begin this spring.

A month ago at the mon repos Park page has information about what renovations will begin in April. This was announced by the Chairman of the Committee on culture of Leningrad region Evgeny Tchaikovsky, who said that at the time of repair the entrance to the Park will be limited.

In Monrepo began to receive concerned phone calls: visitors were afraid that the Park will be closed for the duration of the repair. The Director of Park Monrepo Alexander Buyanov assured that access will be limited only to the restored objects.

April is already coming to an end, but in mon repos there is no hint of the beginning of restoration works. Here and there visitors to wander and admire the beautiful scenery and enjoy the fresh sea air.

“Repairs will begin in the autumn”, — reported edition Ilta-Sanomat woman working in the administration of the Park.

“We are not a contractor, and we have no information about the restoration. It is the VISP. We did not comment, because we do not know about it”, — she said sternly edition of Ilta-Sanomat.

The world Bank in 2010 approved funding for the reconstruction of Monrepos, but the project progressed slowly because of the delay of the Russian bureaucracy.

The words of the CEO of VISP Alexei Vasiliev comfort: renovation will start in early summer.

“The tender for the restoration works completed, contractor selected. The agreement will be signed in April, and in may, it received permission to build. It is estimated that construction work will begin in the first half of June,” he reports by phone Ilta-Sanomat.

If Vasiliev is telling the truth, repair the decades of the running of the Park will begin very soon.

Park, familiar to all Finns, in particular, and the song 1955, Annikki Tahti (Annikki Tähti) “do you Remember Monrepos?”, really in need of restoration. The construction of the Park began in the eighteenth century, and his final appearance was formed in the early nineteenth. Now it is overgrown paths, and the banks are swamped.

More likely desolation evident in the destroyed main building and the library building, which is located in the courtyard. According to Vasilyev, these buildings will be restored and not rebuilt.

“We won’t build a copy and will restore the building using the same materials,” he says.

According to Vasilyev, the infrastructure of the Park will be completely renewed. The Park will be re-electrified, mounted the new water system and heating.

The Finns do not participate in the reconstruction of mon repos for many years.

Founded in 1990, the Finnish Union Pro Monrepos conducted in the Park restoration work in the format of Saturday at the expense of Finland and other Northern European countries until 2013, when the organization ceased operations in Vyborg because of the meaninglessness of all effort.

Cooperation with local representatives were constantly with pauses, schedules never adhered to, vandals interfered with the work. To top it all rebuilt by the Finns in 1999, the Neptune Temple was deliberately set on fire in the summer of 2011.

The construction of the Park with an area of 161 hectares began in the 1760s. Wooden main building of the Park and the library building was built in the 1780s.

In Monrepo many paths, bridges, arbors, obelisks and other monuments.

The Park is not very much affected by the wars, after which the city was ceded to the Soviet Union. After the war the manor was in the rest home for soldiers and the amusement Park. A large part of the pavilions and monuments were destroyed or fell into disrepair.

In 1988, mon repos was officially declared the state historical-architectural and natural Museum-reserve, as well as the object of cultural heritage of the Russian Federation, but proper care was not received. Finnish architect Panu kaila (Panu Kaila), together with his students engaged in the repair of Park buildings through the work of summer camps in the early 1990s.