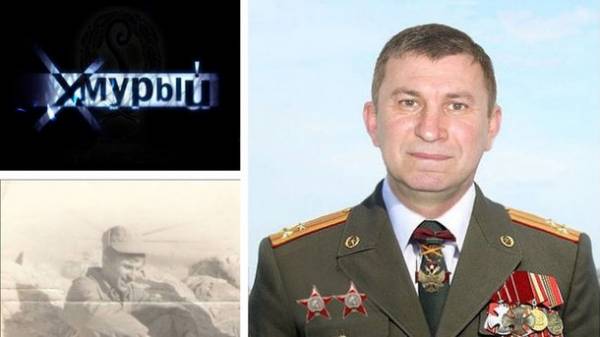 Technical analysis of the recordings and other gathered journalists evidence that the voice of the organizer of the transport complex “Buk” on the territory of Donbass “Gloomy” belongs to the Russian officer Sergey Dubinsky.

A veteran of the war in Afghanistan and the leader of Zaporozhye self defense Sergey Tiunov learned of his colleague in “Gloomy”, the former Russian officer Sergei Dubinsky, the suspect in the transportation “buck” from where the plane was shot down flight MH17 in July 2014.

About it writes the edition “the New newspaper”.

In an interview with Tiunov said that was friends with the former head of “GRU DNR” Sergey Dubinskiy and discussed with him the consequences of the tragedy MH17. Tiunov along with Dubinsky in the late 1980-ies, he served in the reconnaissance company of the 181st regiment in Afghanistan. However, the friendship between former colleagues for the reconnaissance was started only at the end of 2010 to the newly created Internet forum for veterans. In 2011, the brother was found in the village of Velyka novosilka in Donetsk region.

The stories Tiunova, Sergey Dubinsky settled in the Donbass in 2004 and since retired from the Russian army and returned from service in Chechnya in the rank of Colonel. The last time Tiunov was visiting Dubinsky in April 2014, and already then it became clear that they are on opposite sides of the barricades.

The leader of Zaporozhye self says Dubinsky went to fight for the militants “DNR” in may 2014. It happened after his settlement “hard-won”, a group of Ukrainian volunteers, after the RAID in search of supporters “Russian spring”. “Demi Lovato was not happy with the recent events, and now this. The last straw, as they say,” says Tiunov.

According to Sergei Tiunova, after the Ilovaisk tragedy due to familiarity with Dubinsky he managed to rescue from captivity some tens Ukrainian military. During one of these exemptions in October 2014 between the former colleagues had a conversation, which surfaced the topic of the downed “Boeing”.

“Tiunov and Dubinsky stepped aside to talk. “You see how life has been, Sergei, said “Dull.” – In Afghanistan we’re on the same side fought, and are fighting against each other. Can not understand why you are for the junta.”

Tiunov says that the answer could not resist: “But the passenger plane is a bandit hit you!” – he said and noted that the person saw how it affected his companion. Dubinsky replied, “You don’t think I did it [himself]?” And then pointed upstairs: “It’s made ugly from Moscow!”.

“He had such a conversation uncomfortable because he had to justify himself. After all he is a military man, not a thug,” continues Tiunov. “[It was clear to me]: he realized that he was implicated and partially responsible for the deaths of civilians. So he quickly turned the conversation, saying, get out, and now will detect and will cover mortars and you and me.”

The next time the exchange of prisoners took place in November 2014. During the exchange between Tiunova and Dubinsky again there was a conversation about the Malaysian “Boeing”.

“He told me dryly then said, “Serge, we in the “DNR” to the collapse are irrelevant. “Boeing” knocked Ukrainian pilot of the SU. I immediately realized that this time they had already developed a legend. Because [“Gloomy”] is no longer expressed no resentment, emotions… since we last met,” recalls Tiunov.

Sergei Tiunov does not believe that Dubinsky is the main culprit of the tragedy of flight MH17. In his opinion, he is the key witness but not a murderer. Tiunov believes that Dubinsky has not pressed the button “Beech”, but only “coordinated movement”.

“He fought [in the Donbas] as a soldier. Yes, probably, in the [criminal] of the its leadership team. But I’m 100% sure that if he knew it [flies] a civilian plane, and if his power was the rocket, he would never have gone to destruction of civilians. The more I heard from him personally: “This is Moscow *** did!”… And the fact that now make the biggest culprit, I will never agree,” – said the leader of Zaporozhye self.

The journalist of “Novaya Gazeta” asked Tiunova, if he recognizes the voice of his colleague on the SBU published records of conversations of fighters immediately after the fall of the “Boeing”.

“We say so: person, who in the records [of telephone conversations, submitted] SBU signed as a Thriller “Dull”, very much [voice] similar to Dubinsky. I admit that it was he,” said Tiunov.

After a conversation with the Zaporozhye activist journalist “the New newspaper” went to a closed military village of Stepnoye in the suburbs of Rostov. There lives Sergey Dubinsky. At the entrance to the gated community — the gate and the box with time, the entrance only upon presentation of a pass.

The journalist called repeatedly to Dubinsky, but no one was picking up. Then “Frowns” he called back. He said that it was not in Rostov, and promised to meet with a reporter in a week. However, after that the phone did not take. The journalist managed to contact Dubinski only three weeks. On the question of whether or not his voice on the records of the SBU, “Gloomy” left unanswered.

“Novaya Gazeta” decided to hold phonoscopic study, comparing the record of the SBU, which sounds “Dull”, and a telephone conversation between the journalist of the newspaper with Dubinsky.

The Moscow Bureau of independent expertise “Version” first said that the study may lead to the organization a “serious political consequences”, and asked for time to think. Through the day, the Bureau agreed to conduct a study.

Through the day of the Moscow engineer-electronics Yury Makeev has prepared a technical analysis in which he wrote that the study submitted samples “to provide a reliable identification of the research involved in voice and oral speech is not possible due to low performance on bit rate, total flow, bit depth and frequency.”

In the following paragraph the engineer-the engineer, does not have linguistic education, gave a linguistic assessment of the published record of negotiations “Gloomy” after the fall of the “Boeing”. The Bureau concluded that the participants in the conversation or recite memorized texts, or reading them from the media. Also they decided that the SBU sounds simulated voice Dubinsky.

In a personal conversation with the correspondent of the engineer-electronics Makeev admitted that he is from Rostov, is an officer and went to captured militants “DNR” territory, drove them with humanitarian assistance and “with the guys-militia, too, in their Callsign worked…”.

“So can you say for sure that no one in the “DNR” will not call each other by first name in the negotiations, as you have in the file! It there Nikolaitch name – that’s just impossible!”, – said Makeev.

A second study of the records with the voice of “Gloomy” was held by the experts on the analysis of the speech from the Institute of neuroscience and physiology Gothenburg University in Sweden. The analysis was conducted in the laboratory Voxalys (carries out forensic examination by order of the Prosecutor’s office, the police and the courts of Sweden) by the method of “blind test” without immersion in the context and in accordance with the guidelines of the International Association of forensic phonetics and acoustics (IAFPA).

Swedish experts analyzed solely technical parameters: tone, frequency, and timbre of the voices. To measure similarity, the experts used a nine-point scale, where +4 corresponds to the highest degree of coincidence of the studied votes, -4 is the smallest, and a neutral indicator in a score of 0 indicates the impossibility of experts to calculate the probability that differences or similarities.

After spending 10 days on the study, the Swedes came to the conclusion that compare the voice samples belong to one and the same person at +2 points.

“This is strictly technical analysis and other collected evidence that the voice of the organizer of the transport complex “Buk” on the territory of Donbass “Gloomy” (Nikolaitch) belongs to a Russian officer Sergey Dubinsky. His colleague Tiunov insists that Dubinsky had no intent to attack a plane with civilians — but there was a error, kurtosis,” sums up “the New newspaper”.

Recall, the international team of investigators Bellingcat has previously published a report which States that the carriage of the installation “Buk”, from which presumably the plane was shot down flight MH17, was carried out by a retired Russian major-General Sergey Dubinsky known under the pseudonym of “Gloomy”.

Were also previously published record of telephone conversation “Gloomy” about the MH17 disaster. 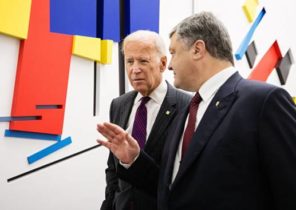