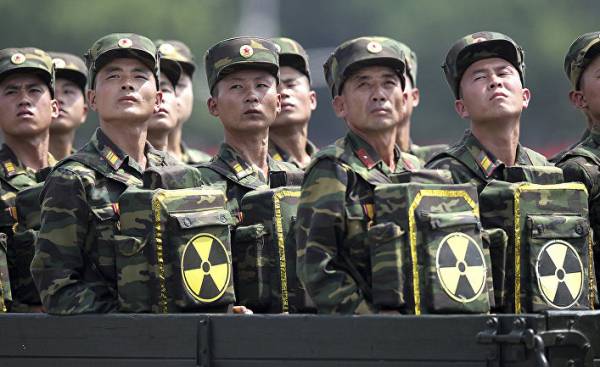 “Our country is fully prepared to meet face to face any war — whether nuclear, conventional, whether on their own.”

To blame for the rise of stress they think only the United States.

Jacket Kang Yong Doc is decorated with badge in the form of a waving red flag with miniature portraits of the former leaders of North Korea — Kim Jong Il (Kim Jong-Il) and Kim Il sung (Kim Il sung), the father and the grandfather of the current Kim Jong-UN (Kim Jong-Un). After the Ambassador at the Institute for security and political development read the report “rising tension on the Korean Peninsula with the North Korean point of view”, he met with journalists, including a representative of the Svenska Dagbladet.

When Kang Yong Dok got a question from the audience about how North Korea will be able to cope with the war with the United States, which have the dominant military power, he raised his hand:

“I say, putting your fingers in the victory sign(…). The people of my country are United around of the dear Supreme leader, Kim Jong UN,” says Kang Yong Dok.

When he later met with us journalists, the US as the only culprit for the rising tensions.

“The responsibility that the situation on the Korean Peninsula is becoming worse, completely lies with the USA”.

Kang Yong Dok argues that the nuclear threat from the United States and joint military exercises the US and South Korea brought the situation to the brink of nuclear conflict.

“The only way to reduce tension on the Korean Peninsula is that the USA ceased its anti-North Korean policy and ceased to send its nuclear threat to North Korea, this includes the termination of their joint military exercises with South Korea,” says Kang Yong Dok.

“Under the wise leadership of our respected Supreme leader Kim Jong UN is our party is fully prepared to address this issue. This means that we are absolutely ready on its own to protect our independence and right to exist”.

Kang Yong Dok argues that the country is well prepared.

“We made a very good defence capacity with the capability to produce nuclear attacks and to bear the retribution. This is our response to the interference of other countries. Our country is fully prepared to meet face to face any war — whether nuclear, conventional, whether on their own.” 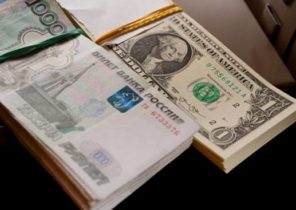