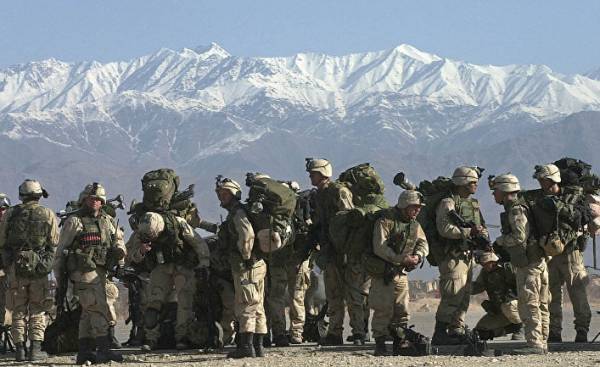 Syria, Afghanistan and North Korea was selected as the Property trump to show muscles and to nullify a small manifestation of mind, which has been observed to date. This tension was caused by a number of changes in the national security Council of the United States, was marked by the victory of the faction hostile towards Russia and Iran and defeat the enemies of China. 1) the dismissal of Stephen Bannon (Steve Bannon), who followed the trump believed Beijing as the main enemy of the United States and advocated an isolationist course. 2) the Dismissal of Deputy national security adviser Kathleen Mcfarland (Kathleen McFarland) Pro-Russian position. 3) the Appointment of hardliner General Herbert McMaster (HR McMaster), rejected Obama adviser on national security instead of General Michael Flynn (Michael T. Flynn), who was accused of having links with Moscow.

4 APR United States with the deliberate telling of 59 launched missiles at the runway of the airbase Sirat (Al Shayrat) without causing damage placed there by Russian aircraft. Moscow also did not use its missile systems s-300 and s-400 to prevent shock. As a result of illegal strike to “punish Assad”, killed six Syrian soldiers. Not making any accusations, Bashar al-Assad are accused of killing civilians with chemical weapons three days before. The latest version of tangled incident belongs to journalist Robert Perry (Robert Parry), known for its investigative journalism on the case of “Iran-contra”. He pointed out that the chemical weapons were used on special operations bases in Saudi Arabia and Israel, hosted in Jordan. The US aggression was planned before the incident with the use of chemical weapons and timed to the visit of XI Jinping in the United States, becoming for him a very unpleasant surprise.

Why USA do not hit the gunmen who killed 16 APR in Aleppo 126 civilians-Shiites, including 68 children?

Objectives of attack on Syria:

1. To start the third phase of the operation for the dismemberment of Syria. Hold a small show of force before the visit on April 11 in Russia, Rex Tillerson, prompting the Kremlin to make a choice between Assad and the United States, while General McMaster questioned the authority of the Secretary of state that places priority to the fight against ISIS (a terrorist organization banned in Russia — approx.ed.) and not the overthrow the Syrian President, who, without consulting Moscow, States: the overthrow of Assad is inevitable. Because to negotiate with the Kremlin on this question is not obtained, will be applied to a military strike. Both factions in the U.S. administration agree that it is not necessary to break the current dynamics of the war on attrition in Syria, stretching it for many years, with Assad or without him.

2. To sow discord in relations between Russia and China. It seems that the US informed about the impact of XI Jinping, but not Putin.

3. To send a signal to Iran, as expressed by the head of the CIA Mike Pompeo (Mike Pompeo). The US is trying to provoke Tehran to come out of the nuclear deal and thus obtain a pretext to strike Iranian military targets.

April 13 Washington dropped in Kandahar province, heavy duty bomb GBU-43, which has cost U.S. taxpayers $ 14.6 million dollars and killed over a hundred people. The excuse to use was the destruction of underground corridors, which are alleged ISIS militants. In fact, their in Afghanistan, but there is 11 of US military bases and tens of thousands of their troops. According to The New York Times, these corridors were built in 80-ies of the Afghan Taliban on CIA money.

1. To exert psychological pressure on Afghanistan’s neighbouring countries: China, Russia and Iran. Because of its geographical position, Afghanistan is the most strategically important country for NATO.

2. To rein in Tehran. “Mother of all bombs” was made with the purpose of its application in October 2009 against Iran’s Fordow nuclear facility (Fordow) as part of the plan TIRANNT (theatre Iran Near Term).

3. To prevent Russia from returning to Afghanistan, and their former allies the Taliban, near Moscow. “Rome does not pay traitors”, hinted to the Taliban.

4. To spend in the devastated country, a full rehearsal of the bomb, containing 11 tons of explosives, before you can use it in another country, were scheduled to be destroyed.

5. To order another batch of these weapons of mass destruction producers receiving a income.

In the provocative us-South Korean maneuvers held on 11 April near Seoul, Democratic people’s Republic, which views them as preparation to invade its territory, announced the holding of regular testing of rockets and the sixth test of its nuclear charge.

16 APR USA, trying to portray anger, said that their strategic patience came to an end and sent to the Korean Peninsula the aircraft carrier “Carl Vinson” and the atomic submarine. Another lie, this time in the third scenario.

In Pyongyang, the American threats do not apply. Unlike the USA, whose historical memory is fixated on 11 September 2001, the Koreans remember 64 years ago the U.S. dropped on their country of 32 thousand tons of Napalm, killing 20% of the population (approximately three million people), when this small country did not represent any danger for Washington.

The US has no plan for military strike on North Korea because:

1. This country has no oil, therefore it does not represent economic interest.

2. Weapons, Pyongyang could turn Seoul and Tokyo into the mountains of ash, so South Korea and Tokyo, which trump fear more than Kim Jong-UN, and prefer diplomacy to war.

3. Trump can’t start lightning war thousands of miles away from US.

4. The US can force the Arab sheikhs to pay for a war with Syria but who will pay for the exploits of the Americans in the war against North Korea?

5. The fact that both sides possess nuclear weapons, reduces the likelihood of conflict. This circumstance will account for the other States in the crosshairs of Washington.

The main US goal here is to escalate the tension around China to arm its allies in that area of the globe and further militarize it.

Relations between Beijing and Pyongyang can not be called simple. China supports the UN sanctions against North Korea in connection with its nuclear tests in February has stopped the import of coal and suspended air links with North Korea. In the course of the crisis is Beijing, not blaming the United States, urged both countries to show restraint. Indeed, the apparent impartiality of China provides him the opportunity to act as a mediator between the two countries, however, the North Korean leadership has still not received the special representative of China on Affairs of the DPRK Have davaa (Wu Dawei) to discuss the matter.

Perhaps he was thinking of the decades of the cold war, when both countries were United with the aim of weakening the Soviet Union. But to a much greater extent than in trade agreements, China is interested in the fact that the United States dismantled the missile defense system THAAD is deployed in South Korea and aimed at China. THAAD is able to fire 48 missiles at a time. The DPRK is China’s buffer state, covering the northwestern part of the country and Manchuria from possible attack from the United States. Pyongyang has proposed to sign a non-aggression Treaty and stop nuclear testing in exchange for the fact that Washington will stop the exercises, which worked through the destruction of North Korea.

He needed this Dantean atmosphere of war and theater of death and destruction that it began to perceive as the President of a superpower. Showing their ability to strike at weak countries, like his predecessors, he ceased to be odious and subjected to ridicule figure in the United States. Now he is applauded even by members of the Democratic party. He has received the approval of Congress after the attack on the Syrian air base, even though not made such a request!

Donald trump has abandoned his earlier ideas and decided to continue the line, which was represented by Hillary Clinton, becoming the mouthpiece of those whom he was criticizing. So, he gave the military considerable powers, saying that “NATO is not obsolete”, and stopped speculation about its relations with Moscow, which extended even to his son-in-law Jared Kushner (Jared Kushner), doing business with Russia.

After 1991 the Soviet Union collapsed and all the old world order, triumphant capitalism was unable to create a new one. Syria, Iran and North Korea — those countries where it continues to go the battle for the establishment of a new equilibrium between world powers. 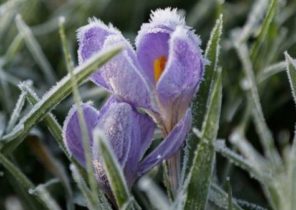 Tomorrow’s weather: in Ukraine the rain with wet snow