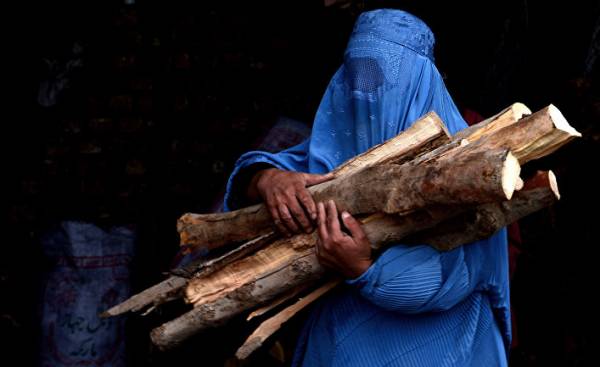 The United States presented itself to the Savior of Afghanistan from the organization “Taliban” (banned in Russia — approx. ed.), invaded the cultural values and encroached on the resources of the country. A well-known feature of the imperialist centers of power: when they choose a target Muslim country, they certainly are on the path of denigration of Islamic values, trying to cloud the minds of individuals and societies rhetoric of hatred. For example, when the US and global imperialist powers went to Afghanistan, they are showing pictures of women in a burqa, said that Muslim women are illiterate, they are subjected to pressure and coercion, they are traded as a commodity, and tried to appear as liberators. Said when they will bring to Afghanistan the promised benefit of democracy, it will be much better and women will find the freedom that they deserve. Since the global centers of power occupied Afghanistan, it took a long time, but these lands have nothing but violence and oppression. Local culture, values of life of the people was destroyed and everything became much worse. The people began to fight with one hand, poverty, on the other — with pressure and oppression from the occupying forces. The Afghan people are still not freed from the consequences of war. And the Taliban, which is almost at every opportunity is displayed on the foreground, is a virtual enemy that has been beaten into the consciousness of the people…

The main victims of the war in Afghanistan were women and children. Most families or were expelled or killed. Women in purdah, about which so much was said, had been subjected to violence themselves. Global centers of power, produced using their own hands of the organization “Taliban” and “al-Qaeda” (banned in Russia — approx. ed.), continued their tyranny. All the hardships of the war fell on the shoulders of the people: hunger, poverty, oppression.

The invaders brought in Afghanistan is not freedom, but the occupation and tyranny. After the invasion of the global centres of power and violence against women has further increased. Women were deprived of the opportunity to get an education were subjected to physical attacks by invaders. However, the strongest factor by which the society is on the legs, the family, and the family main role belongs to the woman. If in any society a woman is subjected to pressure, to violence and are not free to Express themselves, this society has no chances to achieve success. In this case the only value that pays tribute to the woman and protects her, Islam. It is really so.