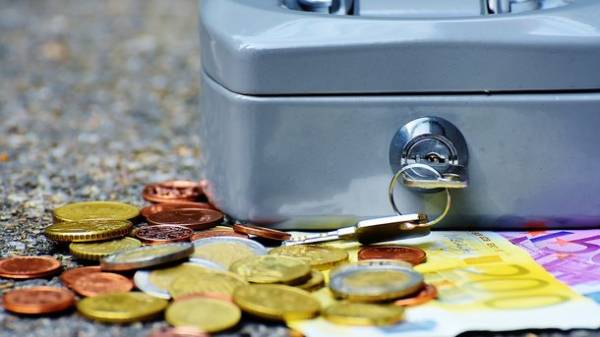 Interesting fact: ten years ago the amount of gross external debt of Ukraine was only 54 billion dollars. During this time, managed to gain new debt. But a lot of repaid old.

For 2017 Ukraine needs to pay foreign debts of $ 47 billion. At first glance, a huge amount, but if you look in detail, it is not so critical.

About 37 billion dollars of debt is external debt, which needs to repay the Ukrainian legal entity. The greater part of the amount of commodity credits received Ukrainian companies from non-residents and loans from their foreign partners and shareholders. Very often, this external debt is not repaid, and just renewed for a new term, this reduces the load on the currency market of Ukraine.

About 5 billion dollars to repay Ukrainian banks in 2017. Most of these money loans to Ukrainian banks “daughters” from their foreign “mothers”. Such external debt is very often renewed for a new term, and you can not worry about where to take the currency to repay.

But still have government debt of Ukraine, it’s not so simple, though, too, there is a way.

This year, the government will need to repay the external debt of just $ 1.4 billion, of which $ 1.3 billion is the IMF loans. So when they say that Ukraine this year can do without loans from the International monetary Fund, it is not an exaggeration. Indeed, 2017 is quite easy year for the government. Even with all of the interest on foreign debts and also for various mandatory payments of the government of Ukraine on foreign obligations, 2017 will have to pay only $ 3.4 billion.

It is not enough. There were years when the government had to repay much more to 6-8 billion dollars excluding interest. Therefore, in the IMF Memorandum recorded that the billion that the Fund has given Ukraine, will be used to repay the old IMF loan. But if in the future the international monetary Fund will provide loans, then the money will go to increase the reserves.

As for subsequent periods, the Memorandum stated that Ukraine will repay debt than to obtain new loans from the IMF. In 2018 will need to pay the old loans to Fund at $ 4 billion, and still need to pay the World Bank and Eurobonds.

Then really will need more money. According to IMF estimates, the national Bank in the coming years should not only buy enough currency on the interbank currency market for the repayment of external government debt and to increase reserves to $ 30 billion in 2018.

Even in the most optimistic forecast of the International monetary Fund foreign trade of Ukraine will always be negative and of funding it will need at least 3-6 billion dollars annually. As for foreign investment, the IMF expects that in 2017 Ukraine will receive $ 1.7 billion, and in 2018 — $ 2.5 billion. This is not enough to pay off all external debts of the government.

So all hope for money from Ukrainian migrant workers. According to the plan, the IMF just private monetary transfers that Ukrainians transfer from abroad shall cover the foreign trade deficit and help to pay off the loans Fund.

In that year Ukraine received $ 7 billion of private remittances from Ukrainian guest workers. About 4 billion of them Ukrainians exchanged at banks on the hryvnia. Then $ 2.8 billion, the NBU bought on the interbank market in reserves.

Preferably from migrant workers received at least $ 10 billion a year. Ideally need this currency was exchanged for the hryvnia through banks.