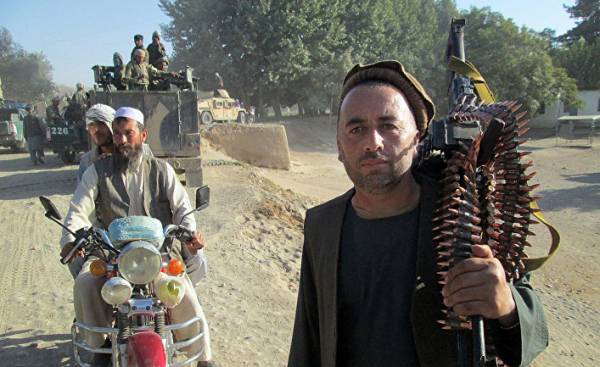 Kabul/Moscow — In the far North of Afghanistan in Kunduz province on the banks of the river Amu-Darya on the border with Tajikistan are forest, which for many years serves as a Taliban transit point for arms shipments. There are good trade relations. The mafia supplies weapons, the Taliban (a movement banned in Russia — ed.) are paid by opium.

But according to one senior Afghan government official, then there is a third trade partner — Russian. To confirm this, of course, impossible. However, hints of this are so convincing that they are taken seriously in diplomatic circles in Kabul. At the same time, the Russian peace initiative for Afghanistan causes irritation of the Western embassies and the NATO mission “Resolute Support”. On Friday, representatives from 12 countries, in particular China, Pakistan, Afghanistan, Iran and India, should come to Moscow for a conference. Moscow, they say in Kabul, uses the political vacuum that has arisen due to the fact that the new US government still has not developed a strategy on Afghanistan, even though three months have passed after the entry of Donald trump (Donald Trump) in the office of President.

In Kabul, nothing is impossible to learn about the scale and manner of the alleged supply of weapons. The commander of U.S. troops in the middle East, General Joseph Thehotel (Joseph Votel) said two months ago in the us Congress that it can “assume” that Russia “probably” support the Taliban “in the form of supplies of arms or otherwise”. Russia apparently is trying to become “influential player in this region.” Likewise earlier expressed and the commander of NATO forces U.S. General Curtis Scaparotti (Curtis Scaparrotti). It is not excluded that a vague verbal message was addressed to the President to expedite the decision on the future strategy for Afghanistan.

The special representative of the Russian President for Afghanistan Zamir Kabulov has rejected these accusations as “fabrications” that “needs to justify the failure of American military and political campaign”. Nevertheless, Moscow recognizes that contacts with the Taliban and with their political office in Qatar. The first time Kabulov said this at the end of 2015. “The Taliban is Afghans, they fight for their beliefs and proved its viability,” said Kabulov. The Taliban has developed its doctrine as a result of previous cooperation with al-Qaeda (banned in Russia — ed.), it no longer stands for “Jihad regardless of frontiers” and is “an internal Afghan armed opposition”. Recently Kabulov in an interview once again stressed that fighting the Taliban with the presence of international forces in Afghanistan is “justified”. The Russian Ministry of foreign Affairs said that the purpose of the contacts with the Taliban is to bring this movement to the internal Afghan peace process and to provide Russia with security guarantees in the country. The official representative of the NATO mission in Afghanistan, captain William Selwyn (William Salvin) sees in such statements a “confession” of the Taliban, giving this movement “too institutionalized” situation. The Taliban spoke of “the relations of the Islamic Emirate, the legitimate government of Afghanistan”, that is, about himself, “another country”. In an interview published on Tuesday, Russian President Vladimir Putin said that many States have maintained contacts with the Taliban. “Of course, there is a very radical elements,” he said in a television interview, but in Afghanistan it is necessary to develop relations with all forces.

“Strange,” “meaningless,” “leaving aside”, these words describe in the Kabul peace conference, which is scheduled for Friday in Moscow. In the end, Russia is hardly represented in Afghanistan in military terms and in development cooperation. For good reason: in Afghanistan, as in Russia almost disappeared from the memory of the great losses on both sides during the occupation of Afghanistan by Soviet troops. In Kabul do not understand why the United Nations and important donor countries, such as Germany, were not invited to the Moscow conference. It is clear that we are talking about that in response to tensions with the West over Syria and Ukraine, “a little scar flank” and “screwing America”. The United States refused to participate in the conference. The Afghan government thinks about how to send her head of what Washington, of course, agree.

Of course, in Kabul trying to position itself as the only party in this conflict and not to leave behind negative perceptions about the country’s boycott of the peace initiative. The government at first feared that Afghanistan might be drawn into the conflict between Russia and America, not to mention the war, where he will be fighting instead of those countries. Russia’s efforts to position itself as a messenger of peace in Afghanistan, scared the West. Meanwhile, moving to the new plans on another peace conference to be held in Kabul this year. The purpose of the conference confirm that Afghanistan should take the lead and show that such a conference can do better than Russia.

The Russian initiative began in December with the affront: to meet the three were invited Iran and Pakistan, but no government in Kabul, although it was about the influence of the “Islamic state” (ISIS banned in Russia — ed.) in Afghanistan. Kabul reacted angrily, the more that meeting stands a competitor to another format of talks, which brings together Afghanistan, Pakistan, the United States and China.

Russian fears that the ISIS militants or the local branch ISIS-Khorasan, abbreviated is-K, will be able to massively infiltrate through Afghanistan to Central Asia, are regarded in Kabul as “exaggerated”. “The allegations speak Russian, is that the Taliban is the only group which is fighting ISIS. And it’s absolutely wrong,” — said the official representative of the mission “Resolute Support” Selvin in conversation with the newspaper. Do the Afghan government forces in cooperation with American anti-terrorist mission destroyed from 600 to 800 militants of the local branch of ISIS. The militants remain only in a small part of the areas in the East of the country. Selvin denies the rumors about the presence of ISIS in the North, which have spread through Moscow, and indicates that regional Afghan politicians can make such statements to attract the attention of the Central government. At the same time, Selvin reports that the information according to which the militants, who were ousted from Syria and Iraq, considering the waste in Afghanistan. This follows from the intercepted negotiations militants. But while there is no indication that such movement actually takes place.

From the point of view of Moscow, Afghanistan, on the one hand, carries with it security risks, on the other hand, is a place of action, where the geopolitical struggle with the West and the status of a world power. The Russian security service has warned for several years that jihadists want to go from Afghanistan through Central Asian countries to Russia to the Muslim population of the Volga region and the Urals. In Tajikistan, a Northern neighbor of Afghanistan, Moscow has a military base and, according to rumors, helps in the protection of the border. In a television interview, broadcast last Tuesday, Putin spoke about the 4,000 and 5,000 Russian immigrants from Central Asia who received combat experience in the ranks of ISIS in Syria and Iraq.

In Kunduz, the Afghan province bordering Tajikistan, according to the assumptions, Russian support of local field commanders of the Taliban serves as a buffer to prevent the penetration of ISIS. So recently killed in by a U.S. airstrike Mullah Salam Akhund (Mullah Salam Akhund), which in September 2015 managed some time to capture Kunduz, allegedly maintained contacts with the Russian. The rumors of the Afghan province should be taken with caution. The Governor of Kunduz, said a few days ago that the Taliban was trying to find the possibility of arms supplies from Russia. The Governor’s representative replied to the question: “the statements of the Governor based on hearsay”.

And a lot of them in Kunduz. Many residents want to see Russian soldiers, soldiers “with a beard”. For the Taliban, which denies reports of Russian aid, but confirmed political contacts with Moscow, the new agreement with the former occupants could meanwhile become a problem. This means that there would be uproar. Such a focused Alliance would be remarkable. Not only because the Taliban in Russia is regarded as a terrorist organization, but also because the Taliban itself for many years cooperated with the jihadists of the Islamic movement of Uzbekistan (banned in Russia — ed.), which is so afraid of Moscow.

In mid-March, the influential adviser on security Affairs to the Afghan President, Hanif Atmar (Hanif Atmar) visited Moscow to advise Russia on its fight against the ISIL militants. Atmar spoke well of contacts with Russia, because he in his youth was on the side of the Communist government supported by the Soviet Union. He, in particular, met with Nikolai Patrushev, Secretary of the influential national security Council.

Indeed, the Afghan government is already a year and a half speaks about the danger of ISIS, in particular, in order to request military assistance from Russia. In this regard, Vice President Abdul Rashid, Dostum (Abdul Rashid Dostum), who in the eighties studied in the Soviet higher military school, went to Russia. He also visited the Chechen leader Ramzan Kadyrov in Grozny, who then said that ISIL, according to Dostum, wants to turn Afghanistan into its base. To repel this threat, as Kadyrov said that Kabul needed the support of Russia “in Syria.” 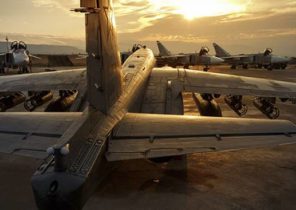