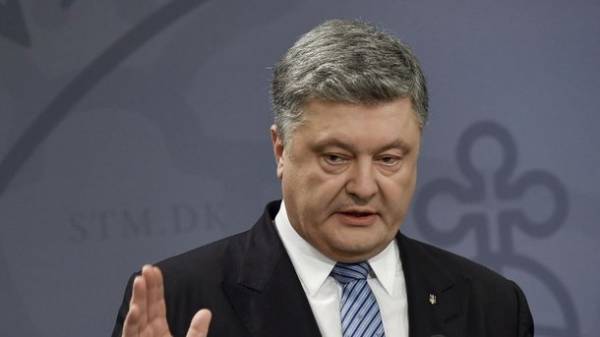 “Of course, he (the President. – Ed.) meet Valeria Gontareva. He will discuss with her the issues of her resignation. And if her arguments are reasonable, if you can not find any other consensus, it was said with a faction that he must hold consultations on candidates that can be considered for the position, if Valeria Gontareva will resign from the post of head of the National Bank”, – said Lutsenko.

She said that at the meeting with the President sounded the names of possible candidates for the position of head of the national Bank.

“Names are not sounded. Due to the fact that the President met with Valeria Gontareva, the discussion of her statement did not happen,” – said the representative of the President of BP.
“I don’t know if he’d try to persuade her (to stay at the head of the NBU. – Ed.) but he wants to hear the arguments of Valeria Gontareva”, she said.

Lutsenko added that the President praised the work of Valeria Gontareva as head of the national Bank.

As reported, the Chairman of the National Bank of Ukraine Valeria Gontareva has written a resignation at own will from may 10 of this year and gave it to the President.