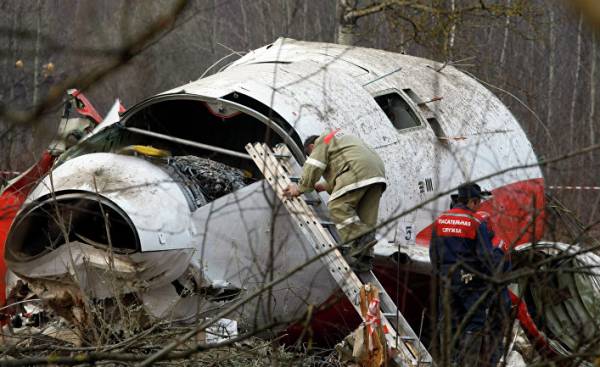 “Theses on the explosion of a “thermobaric bomb” can not withstand a collision with facts,” — said in an interview Onet.pl aviaekspert, Deputy editor of the journal Przegląd Department Sedlak Michal (Michał Setlak) and puts forward arguments that refute this theory.

The sub-Commission of the Ministry of defence under the leadership of Birchanskogo Wenceslaus (Wacław Berczyński) argues that the Polish Tu-154M crashed near Smolensk after he broke the explosions, and wing machine began to collapse even before the collision with the birch. Michal Setlak, we analyzed the findings of the sub-Commission examines and refutes this thesis.

The sub-Commission: the explosion of bombs. Setlak: it is contrary to the facts known to us

“Many of the details indicate that on 10 April 2010 aboard the explosion occurred,” said the sub — Commission of Vertinskogo. Michal Setlak draws attention to three facts that refute this version. “For the bulk of the explosion of the sub-Commission, you need fuel, e.g. gasoline, which is sprayed into the air, and then undermined. So, it is assumed that someone before the flight was placed in the aircraft tanks with fuel, and then it blew up. It sounds incredible, because the airliner before the flight has been tested, and no one could leave a bomb there, — the expert explains. But that’s not all. If the explosion occurred, parts of the plane would be scattered over a large area, however, the nature of the location of the fragments corresponds to a typical picture of the collision the car to the ground.”

As noted Setlak, the sub-Commission had omitted one fact. “To cause such destruction, which says the sub-Commission of Makarevicha Anthony (Antoni Macierewicz), the explosion was supposed to happen in the passenger compartment. In this case, it would break not only the walls but also the floor. But, as we see in the photos, no floor deformations have not been, and it refutes the version of the explosion”, — the expert believes.

The sub-Commission: managers deliberately led the pilots to death. Setlak: this is contrary to the commands they were given

“The actions of the Russian side on this day, could not fail to lead to disaster” — this is the next thesis of the Subcommission. However, like Setlak, the controllers repeatedly told the crew about severe weather conditions. “First, managers in Minsk they conveyed the message that on the Smolensk fog descended and the visibility is 400 meters. Then they reported it personally, adding that conditions for landing there. The crew received information from Smolensk air traffic controllers, but pilots of the Yak-40. The claim that dispatchers led the plane to certain death, is not true: they acted exactly the same as when you were in front of this Yak-40 and Il-75,” says Satlak.

“Managers can be accused only that they had not informed the crew about their problems with establishing the exact location of the aircraft. But they didn’t order the poles nor to decline, or to change course. No deliberate provoking of the disaster is not here,” he adds.

Where did the burn marks on the bodies of the victims?

Michal Setlak criticizes Smolensk Subcommission for the fact that referring to the burn marks on the bodies of the victims, she did not explain the origin of these injuries. “Upon impact with the ground broke off the fuel tanks, resulting in the air was 11 tons of aviation kerosene. From contact with hot elements of the engine it caught fire, creating a fireball. Before the crash got fire, most of the fuel had to be burned, leaving only small pockets of fire. Sub-Commission experts say that the marks on the bodies look weird, since the fire was not visible. Meanwhile, the first photos from the scene of the fire, since the fuel has time to burn”, — the expert explains.

“Iron birds”. That meant the sub-Commission?

Presenting the arguments used to prove the version of the explosion, the sub-Commission spoke of “numerous fragments of the left wing, which, as the iron bird, hanging on the branches.” “This phenomenon is typical for crashes in which a plane falls apart in the air, not upon impact with the ground,” she said.

“The Subcommission conducted an experiment: with the drone threw the steel sheet and watched the direction of its flight, explains Sedlak. Her representatives believe that at the speed at which the moving plane, the trees could not stay with no. But you need to understand that these fragments are not ejected from the plane, and looked up from his designs in the collision with trees. The speed of movement of at least part of them at the moment of impact with the trees dropped to zero, and in this case they could hang on the branches,” — says our interlocutor.

Shown in the movie were mistakes that easily demonstrate

Errors and fraud, says Sedlak, also contained in the film that showcased the sub-Commission. “For example, there was the thesis that the wreckage of the plane was able to detect at a considerable distance in front of the birch. In fact, there found literally one small piece of trim that fell off in the collision with trees with a diameter of about 10 centimeters, says Deputy chief editor of the journal Przegląd Department. — Assessment of the impact of the collision with the birch tree also corresponds to the truth. The view was expressed that the attack on the tree with a diameter of 40 inches at that speed can’t destroy the wing, however, in the history of the accident there were many such cases. Also mentioned, in particular, that the Il-76 made three attempts to enter the gate. Actually there were two of them, about the crew of the Tu-154M announced on the radio the pilot of the Yak-40 Arthur Vostal (Artur Wosztyl)” — lists the expert.

“In my opinion, the movie that showed the public Smolensk, the sub-Commission, is a beautiful work of fiction. It used a simple mechanism: on the one hand, has mentioned those facts that fit the theory and ignored those that were uncomfortable. So the crash study is impossible, because the result of unfounded conclusions. Unfortunately, in all this speech was a lot of manipulation,” sums up Michal Setlak. 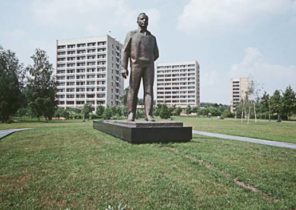