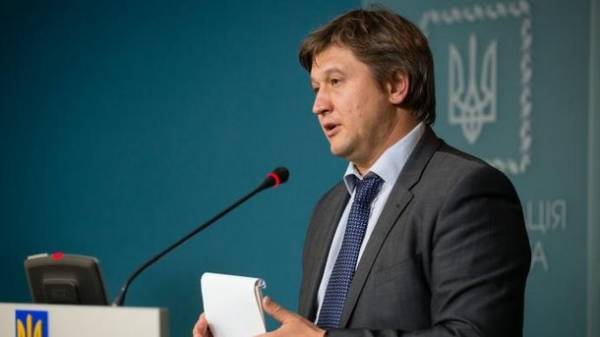 The head of the National Bank of Ukraine (NBU) Valeria Gontareva coped with their tasks. This was stated by the head of the Ministry of Finance of Ukraine Alexander danyluk, commenting on the resignation of Gontareva.

“Thank you Valerie for productive work and for the fruitful cooperation. Proud that we managed to find a common language and a common position. Together we made difficult decisions and took responsibility for them”, – Danilyuk wrote on his page in Facebook.

He is confident that the team Gontareva managed to reform the banking system of Ukraine and the national Bank.

“Valeria Gontareva – a real change-maker. She gathered a strong team that turned the national Bank of Ukraine on a really effective regulator and driving force for reform in the entire financial sector. The team the national Bank managed to keep stability of the banking system in very difficult conditions,” – said the Minister of Finance.

Danyluk expressed hope that the new head of the national Bank will be assigned a professional who “will be able to confidently continue the movement.” Also, the Finance Minister wished Gontareva success and inspiration.

We will remind, during a press conference where Gontareva announced his resignation, she expressed hope that the cooperation between the NBU and the Ministry of Finance will be strengthened.