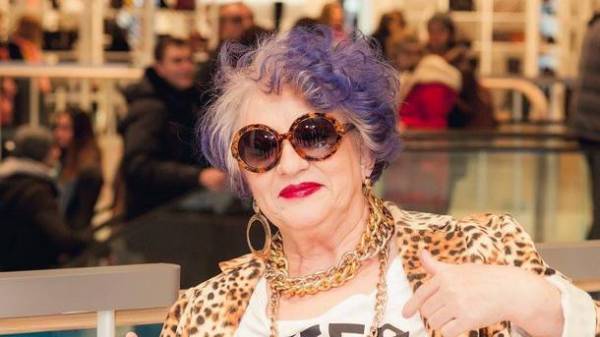 Ukraine in the face of the state leadership has committed itself to conduct a large-scale pension reform, to get a loan from the International Monetary Fund (IMF). The website “Today” found out what changes are waiting for Ukrainians in the next few months.

Why we need reform

Ukrainians receive some of the lowest pensions in Europe. The deficit of the Pension Fund (PF) for several years has grown almost twice. Last year retired Ukraine spent 255 billion UAH 142 billion deficit, which is compensated for by the state budget. This year the budget increased to 284 billion hryvnia, the deficit of $ 141 billion hryvnia. To increase the revenue part of the budget was due to the increase in the minimum wage two times from January 2017. 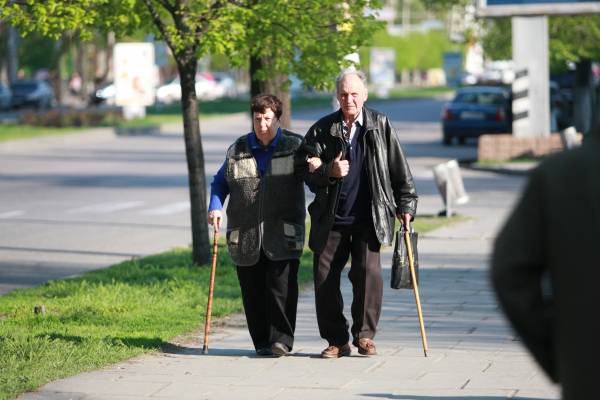 The PF deficit rose sharply in 2016, then the government took the decision to cut the Ust rate by almost two times. Did this on the basis that employers will be able, without changing the wage bill to increase the salaries of its employees. However, as they say in the Pension Fund, the main result of this decision is the sharp increase in the deficit. If ERU is not reduced, this year the PF would be deficit-free.

Pension reform according to the Memorandum with IMF

“We recognize the need of reforming the pension system,” – said in the text of the Memorandum, signed by the Prime Minister, President and head of the NBU. The reform should be in a few weeks and implement it will be next year.
He promised that the Ukrainian authorities:

“We will intensify its efforts to broaden the base of ERUs”. Last year, the Ministry of social policy spoke about plans to oblige to pay a Single social contribution (ERU) of all Ukrainians. Now 16 million formally employed contributions are paid only 10.2 million people, others have the right not to pay and actively use this right.

From the beginning ERU ordered to pay all natural persons entrepreneurs, the next step is to oblige to pay the tax farmers. In some countries, noted in the Pension Fund of Ukraine, the social contributions paid by all working. 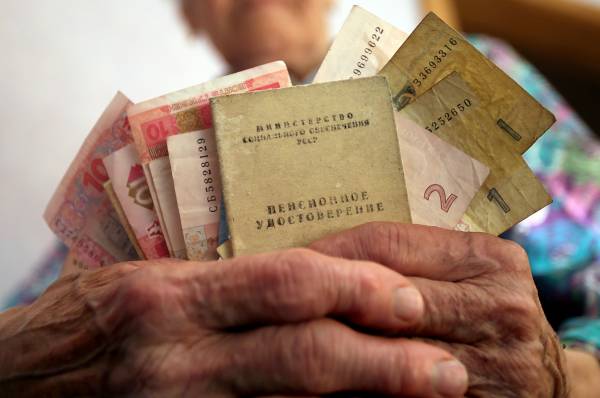 “In the world applies the obligation of payment of insurance contributions for the whole working population. We’re still studying this and other methods. But there are methods, such as voluntary involvement, and compulsory payment”, – explain in the Pension Fund.

Will be “a wider range of retirement”. The retirement age in Ukraine decided not to reconsider. In one of the first texts of the Memorandum stated: the Ukrainians will retire three years later. Later, however, the government managed to convince the experts of the Fund not to revise the retirement age. In the television broadcast Reva explained: age of retirement increases, to change the ratio of workers to pensioners. In Ukraine there is an opportunity instead to reduce the number of pensioners to increase the number of employees.

In the final version of the Memorandum States: the government will create a wider range of retirement. Ukrainians who decide to retire later will receive higher pensions. In addition, if by 60 years of total working experience is over 15 years old, on a holiday have to go out later.

Experience will sell. According to the law, in 2021-m retired can qualify for the Ukrainians with a total experience of no less than 30 years, those in the country only 8%. Insurance experience will be reduced to 15 years from the first of January 2018, announced in the Ministry. This will be an opportunity to buy itself 15 years of insurance experience. For 704 UAH per each month. In 10 years you will have to pay 84 480 hryvnias, and for 15 years, 126 720 hryvnia.

How and when will grow the pensions of Ukrainians

In the budget of the Pension Fund this year envisages increasing pensions twice: on the first of may and first of December. Now the minimum pension in Ukraine is UAH 1247, in may it will raise to 65 hryvnia (1312), and in December another 61 hryvnia (up to 1373 UAH). In the indexing of 10.1% the majority of Ukrainians are “get rich” 126 USD. This increase will not apply to working retirees who receive more than minimal salary.
We will note, according to the law “On indexation of incomes of the population,” payments to Ukrainians in retirement should rise at least to the level of inflation. According to the forecast of the national Bank, prices in 2017 will grow by 9.1%. 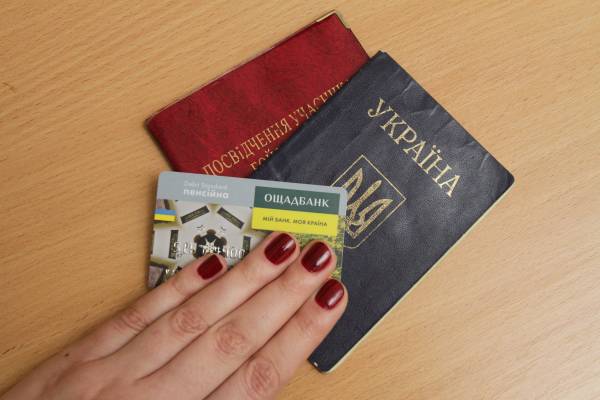 Another increase of pensions, said the Prime Minister Volodymyr Groysman, is planned in October. In the framework of the reform of the already assigned pensions will asurement with the new average wage. The pension depends on the average wage, salary and seniority.

As the source told “Today” in the working group of the Ministry of social policy, the Cabinet plans to increase pensions for 5,6 million Ukrainians (in Ukraine 11.9 million pensioners). More than 1,000 hryvnia, rich 1.1 million pensioners. Increase from 900 to 1000 hryvnia unable to 487 thousand pensioners, from 700 to 800 UAH 460 thousand. The rest (and more than 3.5 million Ukrainians) the pension will rise from 50 to 700 hryvnia.
According to a senior researcher of the Institute of demography and social studies Lydia Tkachenko, the recalculation of pensions will take into account the average salary of 3764 the hryvnia. Now the part of pensions calculated with the average wage of all 1917,91 hryvnia. 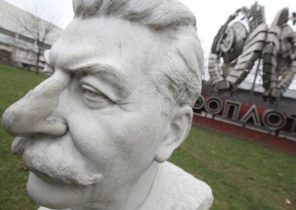