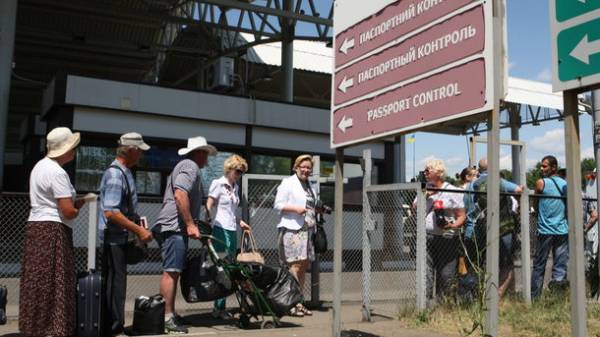 April 6 finally, perhaps the most anticipated event of the year — after long discussions and transfers, the European Parliament finally approved visa-free travel regime between Ukraine and the EU! So, your votes gave 521 of 751 MEP (at 376 minimum required). Now it is small — the solution needs to give the green light to the EU Council, but this procedure is formal, and 21 days after publication in the official journal of the European Union, the Ukrainians with biometric passports can travel to Europe without Schengen visas. “The approval by the European Parliament for visa-free regime with Ukraine is a historic vote not only for our country but for the United Europe. It is a deserved reward for the Ukrainians because of their belief in the European idea,” the President said Petro Poroshenko.

WHAT’S NEXT. If all goes according to plan, the pre-April 26 our bezviz will discuss the Committee of permanent representatives of member countries of the EU, and on 11 may, the matter was considered by the Council of the EU. Political analysts assure that the key point we passed, and the vote in the EU Council is a formality. If the decision is positive, probably the final signing of the document will take place on 15 may with the participation of MEPs. Given the time to publication decision to travel to the EU freely Ukrainians will be able since mid-June.

However, such a regime will only apply to tourist and family trips: no more than 90 days within six months (180 days). Action visa-free regime with the EU will be valid for Ukrainians residing in the temporarily occupied territories of Donbass and Crimea. However, they need a valid biometric passport of the citizen of Ukraine. 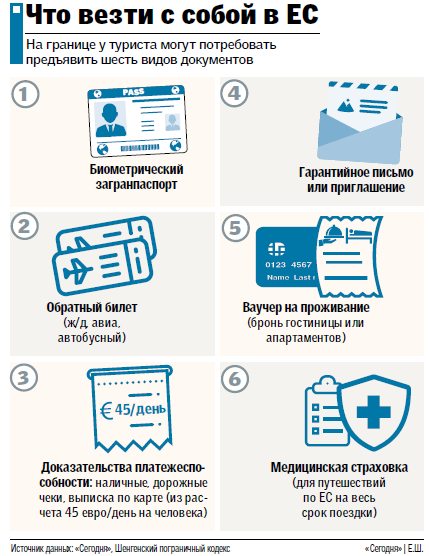 WHERE IT WILL GO. When crossing the cordon with EU border guards may request documents confirming the purpose of the trip (see infographic). For those wishing to go to study or to work have to apply for a visa the old fashioned way. When bezviz work, we will be able to enter the 26 countries of the Schengen zone, as well as in Croatia, Romania, Bulgaria and Cyprus. In addition, not long ago, Switzerland has also promised to introduce a visa-free regime for Ukrainians after this decision approves the EU. However, in Ireland and the UK visa will have to issue further — there are no EU migration rules. As for the passports of the old sample and holders of valid multiple entry visas, they will remain valid until the end of the term. The owners of such documents will continue to apply to consulates and visa application centres for visas.

THEY HAVE. In Georgia, where bezviz earned a little more than a week ago, yet treat him with suspicion. “You have all the documents still check on departure from Georgia, and for violation of the conditions of stay are threatened with fines of 3 thousand Euro”, — write in social networks.

A resident of Tbilisi Dzhansur, Vasadze told us that long before bezveza the government conducted a broad information campaign about the rules, and confirmed to us that the guards even before departure from Georgia random checks on tourists and ask to show return ticket and hotel reservation. “Obviously, to be able to European colleagues”, — he joked Janzur and says that those who aroused the guards suspicion, had to turn back home.

But in neighboring Moldova, which received bezviz in 2014, a calm, that no DOMDocument tourists do not require. “We did not ask. With biometric passports ride freely, even immigration card is not filled. Sometimes, I will ask the purpose of the visit, but that’s all”, — told the “Today” resident of Chisinau Denis Tanchuk.

Yesterday’s vote — a major political victory, to which the Ukrainians had a long 11 years. For the first time on liberalization of the visa regime with the European Union began in the days of President Viktor Yushchenko in 2006. The first talks took place at the Paris summit Ukraine — EU in 2008: when Yushchenko agreed to start the discussion of the list of conditions for Ukraine. Two years later, when he became President Viktor Yanukovych, the European Parliament instructed the Commission to prepare a road map for a visa-free regime, which Ukraine received in the same year. The action plan consisted of 60 items and included the adoption of new laws and modernizing existing 15 sectors.

Seven years after that Ukraine has fulfilled more than 140 EU requirements. In addition, we have created NABOO AND NACP, changed the law on the Prosecutor’s office has launched an e-Declaration, amended labor laws, and more. In December 2015, the European Commission (EC) has confirmed the fulfillment of all the conditions Kiev, and April 20, 2016, the EC proposed to the European Parliament and the Council of the European Union to cancel visas for Ukraine. However, soon after that, the process has stalled and the European Union could not agree on a common suspension mechanism of action of a visa-free regime, which Europe wanted to protect themselves from unintended consequences of visa liberalization. Only after his action was coordinated and approved, we are in the homestretch — left detail.

“A glass of wine or something stronger to drink. In political terms, this is a great victory that will benefit millions of Ukrainians. This is a very important and significant for Ukraine, but it is an interim solution. If there is any force majeure, then the decision will be taken”, — said political analyst Volodymyr Fesenko, Recalling that risks to remain without bezveza not going anywhere, even after its cancellation.

“Pausing bezveza can apply at any time. For example, if thousands of Ukrainians rush to illegally work in Europe, violating the visa-free regime. Or in the case of escalation in the Donbas. But in practice it is impossible to say how this is possible, since there were no precedents. Bezviz works in Moldova and in other countries outside the EU. While no one has canceled.”

People traditionally did not miss the opportunity to exercise his wits, reacting to the vote of the European Parliament. “Who will go last, don’t forget to chop off the light,” writes Sergei Misyura. A resident of Kiev Bohdan Logvinenko became a witness of a miracle. “The passport visa zamirotochila!” — he wrote on facebook.

The European Parliament has deprived Ukrainians of the right to obtain Schengen visas. At the same time, Russian citizens will continue to have the opportunity

Our Ambassador in the Czech Republic Yevhen perebyinis potrollit Russians

Do not forget the Ukrainians and about the Northern neighbor. “Dmitry Kiselyov will have to work hard explaining to Russians why sanctions bezveza better” — laughing in social networks. Some even believe that life will sparkle with new colors. “Everything! Second life, will go to Poland for shopping!”, — joyfully informs Roman Kravets all my subscribers.