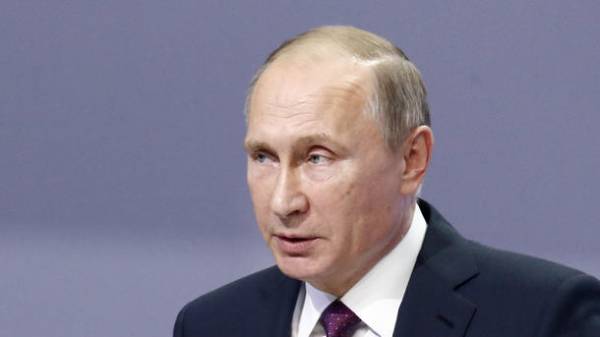 Russian President Vladimir Putin convened the security Council of the Russian Federation in connection with the missile strike the US on the Syrian air base. About it to journalists in Moscow said the press Secretary of the President Dmitry Peskov.

“There will be a meeting of the security Council in connection with the missile strikes, which the US night inflicted on Syria,” – said Peskov.

Earlier Peskov said that Putin believes a missile strike by US on Syria aggression against a sovereign state in violation of international law under false pretenses. He also believes that this attack deals damage relations between Moscow and Washington.