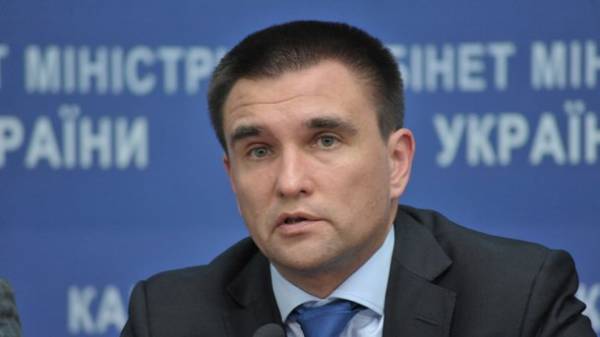 The Minister of foreign Affairs of Ukraine Pavlo Klimkin expressed condolences to the families of those killed and injured in the explosion at Petersburg. About this he wrote on Twitter.

“Find out, was not injured Ukrainians in St. Petersburg. I Express my condolences to the families and victims”, – he wrote.

Earlier on Monday, April 3, the national anti-terrorist Committee of the Russian Federation, reported that in St. Petersburg at about 14:40 in the train on the stretch from the metro station “Technological Institute” and “Sennaya Ploschad” there was an explosion of unknown explosive device”.

As the head of the Ministry of health Veronika Skvortsova, seven people died at the scene of the explosion in the subway of St. Petersburg, another died in the ambulance, two in the hospital waiting room.

“According to official information, injured 47 people. Seven people died on the spot, one person died during transport in the ambulance from incompatible with life injuries,” she said.