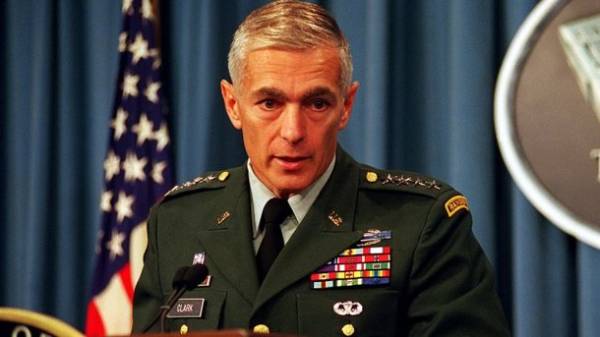 The United States should play a leading role in resolving the conflict in Ukraine. About this in Washington, said the former commander of NATO from 1997 to 2000, the U.S. army General Wesley Clark. He called the mistake the calculations that Germany will be able to take the initiative in resolving the crisis, reports “Voice of America”.

“If we, USA, will keep themselves from Ukraine, encouraging Germany to take the initiative, following the Russian offensive would demonstrate the falsity of the German analysis. Angela Merkel is a good politician, she might as much as to say that “there is no military solution to the conflict”. However, the third Russian offensive means that at least Putin sees military solution to the conflict. We gave the Europeans a chance to solve the Balkan crisis for several years. Finally we said we will resolve this crisis. We sent 30 thousand American soldiers to protect signed the peace agreement, ” said Clark.

Wesley Clark noted that in case of loss of Ukraine implications for the whole of Eastern Europe will be unpredictable and once again reminded: weapons you need to provide now to raise the price for Putin.

“There is a probability that the current administration to give Ukraine weapons. This will happen if Putin attacks. I would like to see the US provided the weapons before Putin will resort to the attack because the weapon is a good deterrent,” said former commander of NATO forces in Kosovo.

Earlier it was reported that in the US there are ongoing discussions about possible supply Ukraine with defensive weapons, not made a decision yet.