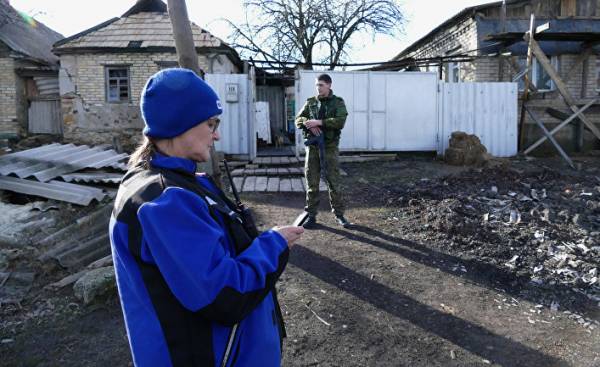 I spent 48 hours with the soldiers of the army of the Donetsk national Republic in the village of zaytsevo to the North of Gorlovka, which is not heard about the ceasefire.

The commander, who invited me to conduct a survey of the lives of soldiers, nicknamed the “cube”. He is a Communist to the bone, and even his ringtone — a Soviet tune.

We are familiar with Cuba for a few months: I just did a report and interviewed the soldiers of his division. But my trips are always limited to one day, because Zaitsev is under constant bombardment of Ukrainian army, which is at odds especially at night. But Cuba clearly does not want to have his conscience hung the death of the journalist.

He and most of his soldiers belong to the so-called “old guard”: they fight the longest. They participated in the battles for Slavyansk, the Donetsk airport and debaltseve.

When we arrived on the scene on March 24, the day promised to be turbulent. On the eve of the Ukrainian army shelled positions of forces of DPR of guns 152 mm and 100 mm anti-tank guns “rapier”, this is not to mention the missiles, Armored personnel carriers and light weapons.

In one of the buildings where the soldiers landed two shells: part of it was destroyed, and the fire started. A few metres outside our views appeared a huge crater from a 152 mm projectile, however, due to sounding of fire we couldn’t stay in place and had to remove everything in a hurry.

Then we moved on, to where was supposed to spend two days in few hundred meters from the positions of the Ukrainian army. Cuba greeted us along with two soldiers, Estonians and Vova, with whom I already interviewed.

We arrived in the afternoon and not sitting in the trenches the soldiers were busy with their own Affairs. The situation after lunch was fairly calm, except for a few shots from a light weapon. Nevertheless, by the evening, our eyes appeared a real spectacle of noise (and some) light.

At 20 o’clock, when we all had dinner in the kitchen by the light of an old kerosene lamp (it reminded me of the ones that were my grandmother), the first explosion occurred just a few metres from the building where the soldiers slept. Half an hour later followed by a second, leaving behind a ringing in my ears. Isolated at first, the attacks were difficult to capture on camera: they were stopped as soon as we included it in what resembled a strange game of cat and mouse.

Then the Ukrainian army like the chain snapped and started to pour fire on our position and the one where we were earlier in the day. Missiles, anti-tank guns, mortars, small arms — everything. Sometimes the impenetrable night of the illuminated tracer bullets and flares. Guess what was happening was only possible to sound, if we didn’t want to go under the shells and bullets.

Despite the incessant bombardment of vacationing in one of the buildings the soldiers continued to sleep peacefully. It seemed that nothing could disturb their sleep. Dangerous addiction to the thunder, in which instinct have to pull you out of bed to find shelter.

Later the rain came, putting an end to the shooting of the Ukrainian army. The soldiers began to discuss politics and geopolitics, have launched a fiery debate about the future of the DPR and Ukraine. Making sure that the shelling just ended, we allow ourselves a few hours of sleep because of the weather, which made silent guns until morning.

Barely awake, we went in search of traces of the night’s fire. We saw that one of the explosions hurt nearby tree, and inspection of the shells was also interesting. So, we found a few mortar rounds for the grenade gun. One of them exploded. As we know, another position also came at night under a massive bombardment, including guns “RAPIRA” 100mm (in other words, according to the Minsk agreements are prohibited).

For Breakfast, we quickly heated the soup in the oven. “Zaytsevskaya microwave”, as he calls it Cuba. The soldiers were joking with me, pretending to speak French. The atmosphere is low. My colleague Alex was periodically taken of me, when the jokes and my reaction to them seemed to him particularly funny.

The beginning of the day was calm, and the men chopped wood for the stove, discussing politics, and cleaned the gun. However, soon resumed shooting, first with machine guns, and then of increasingly heavy weapons.

In the building where the rest was on duty the night the soldiers, from attacks on the shaking walls and falling plaster from the ceiling. Which, incidentally, did not affect their soundly sleep. Not even time, the caller the phone is not able to rouse its owner.

The evening again was restless, but then the shooting stopped. In the night there was a few shots from a light weapon, but then all was quiet.

Early in the morning we went, despite the offer of the soldiers to stay a little longer. Before leaving Cuba told me that the two day was “quiet”. I hesitated, not whether he was joking, but his face looked dead serious.

That is, in the opinion of the soldiers, was a “quiet” day: single or massed attacks of infantry and heavy weapons, both day and night. I asked him what, then, is “blustery day”. He responded by patting my shoulder with a sad smile: “Good that you came on two calm days.”

On the way back to Donetsk, I couldn’t help thinking about the soldiers and villagers who have to deal with every day. I hope that in the future are not less peaceful days than the two that I spent with them.