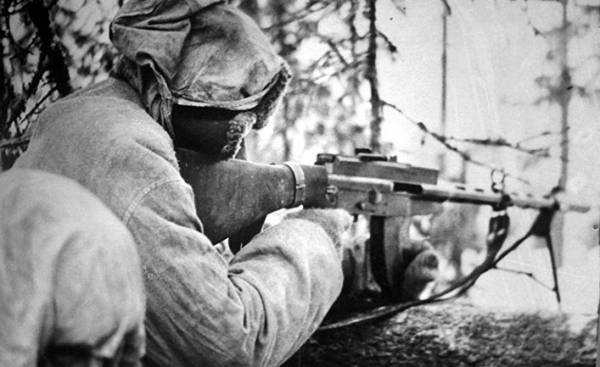 Simo Hayha (Simo Häyhä), the Finnish sniper known as “White death”, killed during the Winter war, the 500 soldiers of the red army. He was famous, but modest Finnish marksman, a technique which is now taken into account in the teaching of the Finnish snipers.

“He did what he was told, and did it so well as I could,” said major Tapio Saarelainen (Tapio Saarelainen), working in the Research center of land forces of Finnish Military Academy of Hamina.

Now Tapio Saarelainen writing a book about the life of Simo Hayuhi. He met with a sniper dozens of times.

“He was the most modest. Never boasted of his achievements. He maintained the morale of the army during the Winter war gave the courage to other soldiers,” says Saarelainen.

During the Simo Hauhe in the years of the Winter war, the sniper was to shoot the enemy at a distance of several hundred meters. The current snipers shoot for 1-1. 5 thousand meters.

Military equipment made a huge leap since the Winter war.

“Now the snipers to estimate range using the laser rangefinder. Weapons also become more powerful, and because of this, the bullet hits the target more precisely,” says major Tapio Saarelainen.

On the other hand, the enemy also uses sensors and electronic navigation in which the sniper is easier to continue to work on the ground.

Although military equipment is constantly evolving, the principles remain the same as during Simo Hayuhi. The goal is to kill enemies that are far away.

“Methods Hauhe to act at the firing position, select a target, estimate the range to make a shot, change firing positions and so on. All this applies to modern infantry.”

During the Winter war, the level of training of snipers was not at a high level. Major Tapio Saarelainen says that the skills of Simo Hauhe was seen at the front, and he received the decree to perform tasks of a sniper.

“Hayha with high precision to estimate the range of up to 150 meters.”

“In the defence forces of Finland the role of the snipers is still important. Target shooters have enough,” says Saarelainen.

Major Tapio Saarelainen believes that the strategy of the sniper Simo Jauhi during Winter war was very extraordinary. He knew how to disguise and move around in the woods. Hayha left early in the morning to spy on the enemies.

“That’s what he learned when he hunted wild animals.”

After the enemy was shot, Hayha moved to another firing position. He returned to the task only under the cover of night. He also inspected the front of the firing position to see if it can see the enemy.

“Simo Hayha created small craft such as we see it now.”

When major Tapio Saarelainen talks about how to be a sniper, he describes the Simo Chaohu.

“Very calm, controlling your emotions, in good physical shape. The person who can assess the situation, knows how to get out of a difficult situation.”