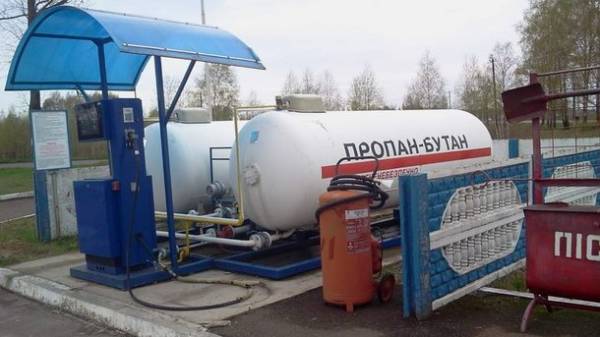 Rising prices for gasoline and diesel yields visible results: more and more Ukrainians prefer to translate car liquefied gas. Drivers do not stop the cost of installing LPG on the car (from 240 up to 1.5 thousand euros, depending on the model of car, the equipment manufacturer and the level of “paragnost” STO is setup): dual economy (UAH 11 per liter propane-butane vs 22-23 UAH per liter of A-92) will cover the waste in less than a year. In the end, the rate of “gasification” in Ukraine last year broke all records. Today in Kiev and other major cities of the country goes, according to various estimates, from 25 to 45% of the cars that have passed a “modernization”.

“The reason is the relative prices of different fuels, — says the Director of the consulting Agency “A-95″ Sergey Kuiun. — If until 2014 the growth market for liquefied natural gas was supplied under the condition that the price of gas was 60% of the price of gasoline, in 2015 the price of gas, on average, about 45% of the price of gasoline. The market had previously developed, now he is developing twice as fast due to the fact that the savings on using gas in cars is very high. This year the trend continues, because propane-butane, according to our forecasts, will continue to fall in price relative to gasoline and diesel fuel”.

BELOW MARKET. The more cars traveled on the gas, the more gas that they consume. “Sales volumes of LPG now account for more than a third of the market of automobile fuels,” notes Director of one HUNDRED Motor Gas Roman Matveev. Accordingly, the growing number of people wishing to capitalize on the implementation of this type of motor fuel. It’s not just about expanding infrastructure network of gas stations, but also the emergence of semi-legal or even illegal gas stations that sell gas at below market price. So, in the capital of such filling station the specialists of the Kyiv city state administration counted about 300 — more than the number of legal objects of gas supply! Gas from these “barrels” to many seems to be very profitable, because in the retail natural gas can be cheaper 2-3 UAH.

DOUBLE STANDARDS. Illegal gas-filling stations sell cheaper due to the fact that do not pay taxes. Many of our fellow citizens, due to the low level of income is, by and large, doesn’t matter — people are more important than your pocket. However, few people think that they are not tested, and therefore can not be sure in the quality of fuel that goes in the car.

“In Ukraine there are two standards of quality for LPG, — told us in the group of companies of Smart energy. Is GOST 27578-87 “liquefied hydrocarbon Gases for motor transport” and DSTU 4047-2001 “liquefied hydrocarbon Gases fuel for household consumption.” The LPG must comply with the first standard and the second reglementary the composition of the technical mixtures which are more suitable for domestic purposes (e.g., heating. — Ed.)”.

Different PBA (propane-butane automobile) LPG (mixture of propane and butane technical) on a range of indicators.

But we can say that PBA is a more “pure” mixture, specially adapted to the needs of the machine. In less valid LPG propane, a greater sulfur content, liquid residue and other “foreign” components. According to the research Institute for consumer examinations (conducted in October last year), the network of filling stations sold to consumers that is PAP, and the “barrels” almost everywhere trade technical mixture.

“For a car is not deadly, — says Kuiun. — But better, more and more cars will still drive on the car gas.” For example, the liquid residue in LPG accumulates in the tanks and clogging filters, and high sulfur content increases the corrosion of parts of fuel equipment. Gas for the car, unlike LPG, is winter and summer grades: in the winter it should be more propane and in summer, Bhutan.

Technical gas car is not the biggest drawback of illegal filling station. “Besides the fact that they do not pay taxes, they discourage their attractive price constant underfilling — says Kuiun. — Gas stations on the network of the gas column are checked regularly for precision loading but before the “barrels” such checks do not reach. Therefore, there are situations when the car is on like a full balloon rides 30-50 miles less than usual.” To measure the accuracy of filling of gas itself is almost impossible: it does not pass through the beaker and not poured into the canister. Unlike the fuel indicator in the petrol tank, the gas tank display works very conditionally. So to understand, saved you or saved you, only mileage.
In addition, the real risks to fill in a car contaminated, if not “badagry” gas.

“The tanks of the filling station must undergo periodic hydraulic pressure test and internal inspection as over time they accumulate sediments (moisture, condensate, mechanical impurities. — Ed.) — told us in Shell. — Defaulting market participants can ignore this procedure. Also drivers can offer low-quality gas down to mixing in the final mixture of raw NGL is a broad fraction of light hydrocarbons (raw materials, from which during processing it is possible to allocate a mixture of propane-butane)”.

Such experiments are not too good impact on the health of the car.

“Our unblocker faced with the fact that customers who regularly bought gas on such natural gas stations, then had to change most of the whole system LPG: cylinders, pipeline, reducer, injector. In fact, this is tantamount to re-install LPG”, stresses Matthew. 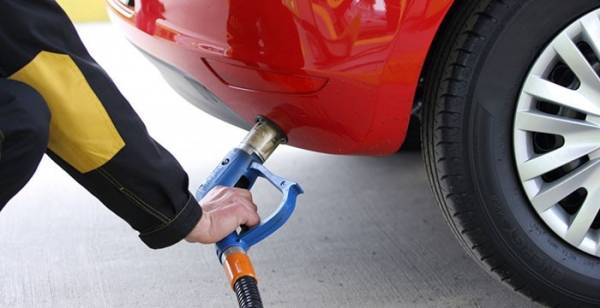 According to the law. You can claim the fence “arbitration” test

THE RATING FOR THE BEHAVIOR

Unfortunately, to determine the quality of petrol before you filled them, it is unrealistic. Of course, gas stations must have a certificate for implemented motor fuel, and each driver has a full rule to read it. But to understand whether fuel this document, is possible only on the behavior of the machine.

“Can illuminate the check engine icon, which signals an error engine — lists Matveev. — Cars may not develop the put power. The engine may stall after 100 m after the petrol station. If such symptoms are present — you have filled the trash. Authorized repair shops can diagnose the defect and issue a conclusion that the failure LPG caused by using fuel that does not meet quality standards. With this conclusion, the driver can demand from the gas stations compensate for the cost of repair.”

According to Matveev, it can work with network stations: just check on the purchase of liquefied gas and expertise. But the grey “barrel” will strongly deny the claims, so always keep a check. But if the problems with the car occurred directly after the petrol station, take the witnesses and go back to sampling suspicious gas.

“By law, the buyer has the right to request the selection of so-called arbitrage test, focus in the group of companies of Smart energy. Sample appropriately placed in the container, sealed, specifies the time and place of the selection. Must be signed by the operator of the stations that took this test, and the buyer. This sample is put in a certified laboratory, which determines the composition of the product and its compliance with the standards.” But, of course, to enforce the law you can only have gas stations, by law established.