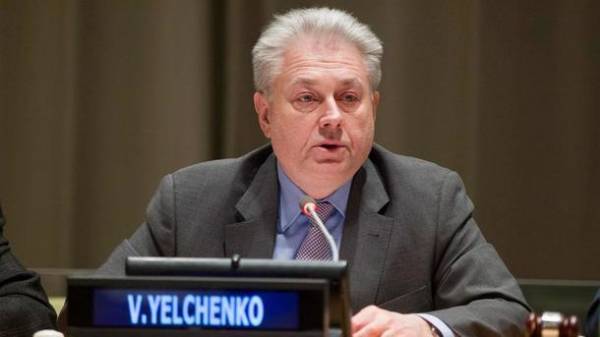 Aggression of Russian Federation against Ukraine is a Prime example of a hybrid war. This was stated by the permanent representative of Ukraine to the United Nations Volodymyr Yelchenko.

“Russian aggression against Ukraine is a vivid example of a hybrid war. It started long before the first shot. Hybrid war is one of the key threats to international peace and security. This is our reality. We need to develop counter-measures,” – said Yelchenko.

As reported in the UN Security Council today held a meeting under the chairmanship of Ukraine in the format of the Arias in the hybrid wars.

We will remind, the Deputy commander of joint NATO forces in Europe, British General Adrian Bradshaw said that the answer to Russian hybrid warfare has become a “hybrid containment”.